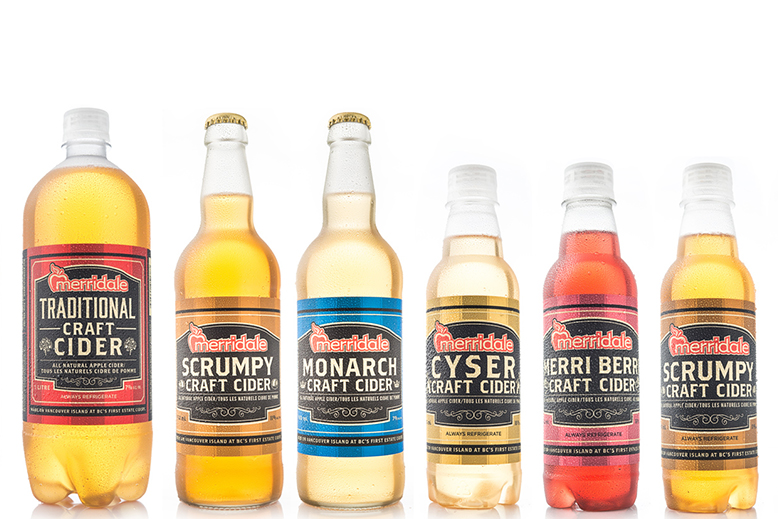 After 25 years as craft cider makers on Vancouver Island, Merridale is celebrating with a new look and new products. And they are doing it in the most imaginative way using social media!  When asked about the campaign, marketing assistant Ryan Watson said, “It’s all about our new release, Monarch, and our new look labels which will soon be seen on all of our cider products.” “We wanted to engage our Merridale followers by giving them something fun and rewarding,” said Jess Howard, manager at Merridale, “so we created a treasure hunt for our loyal Merridale fans.” 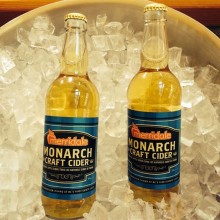 The contest, lasting throughout the summer, challenges Vancouver Islanders to get outside, and find one of the 25 special Monarch cider bottles, hidden at various points of interest from Victoria to Nanaimo. While some of the hiding spots are quite well-known, others are a little more unusual. Take, for example, the clue to bottle number 5 – If Protection Island is in your view, you must be near a raised canoe. Chris Rivers was the finder of this bottle, hidden near a public art piece called the Squamish Canoe on Nanaimo’s waterfront. “As an avid explorer – and Merridale fan – it was a chance to get out and play adventurer in my own town,” said Chris of his experience. “And  when I found the bottle, it was a moment of genuine joy. What a great idea for a contest!” While other bottles have proven a little harder to find, the clues have been no less imaginative, which can be seen by following their twitter feed @merridalecider, or Instagram at merridaleciderworks. Searchers should keep their eyes peeled for a glass bottle with the new merridale label on it. Finders of bottles instantly win a Growler at the merridale farm with a gift certificate for use in their store. But if a picture is taken where the bottle is found, finders are entered to win one of three grand prizes- tickets Brewery and the Beast (now sold out), Rifflandia Music Festival, or a romantic merridale get-away (includes Sunday pizza night with live music and an overnight stay in their yurt).  Not bad odds when the maximum number in the draw will only be 25!

When asked about the name of the new product, Janet Docherty, co-owner of Merridale, replied, “It seemed appropriate to call our new cider Monarch.  We are one the oldest craft producer in BC making organic cider from true cider apples.  Monarch is dry, full of bubbles, and embraces our philosophy. Although our look has changed, our methods have not. We stay true to the core.”

Visit Merridale at the farm (1230 Merridale road Cobble Hill), or ask for it by name at your favourite pub, restaurant, or local liquor store.

For more information on the contest visit the Merridale Estate Cidery website.

I began my investigation into the strange world of artisanal dog biscuits with some degree of skepticism.  After all, dogs generally have no ...
Read More