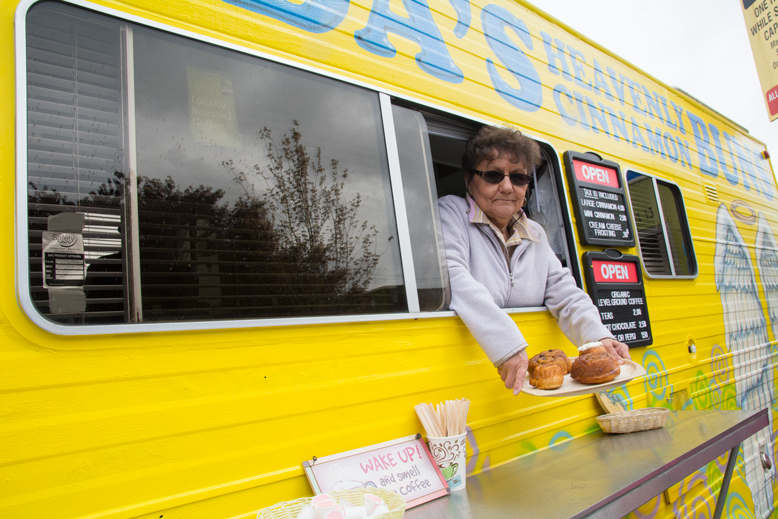 There’s no denying food trucks are more than a fleeting food trend. Jon Faverau’s next film, Chef, hits theatres this year, following a fine dining chef who makes the transition to cooking out of a food truck. The Food Network has multiple reality shows focused on the rolling restaurants, including my favourite, The Great Food Truck Race. Victoria itself is already home to plenty of diverse trucks, and now there’s a new offering in town. Ada’s Heavenly Cinnamon Buns opened at the beginning of March and quickly developed quite the following from their home base in the Capital Iron parking lot.

Ada Acton, the owner and baker behind the truck, initially had the idea for the business last August, coming back from a RV trip. “I said to my husband, I’m going to turn this RV into a food truck and sell cinnamon buns,” says Ada, adding her husband, Jon, wasn’t initially thrilled with the idea. He’s completely on board now, as are Ada’s youngest and oldest daughters, who help prepare and sell.

Ada previously ran coffee shops on Burnside and Government, always focused on cinnamon buns. “I started 25 years ago with the recipes,” says Ada, who now keeps the menu simple. Large buns go for $4. Mini buns are $2. Both are available with or without raisins, and cream cheese icing is an additional 50-cent charge. 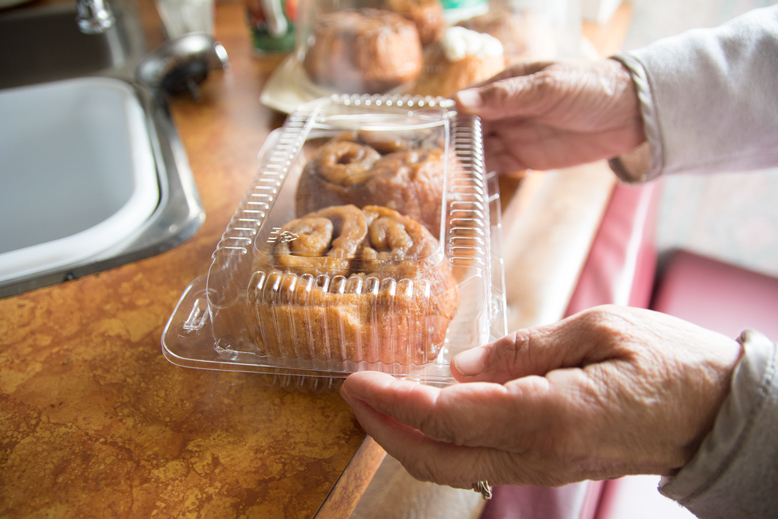 The same RV from last summer has now been transformed into a bright yellow truck, featuring large angel wings. The buns are heavenly after all.

I stopped by on a blustery Saturday morning before opening, where a line had already started to form. Currently, Ada only sells three days a week: Tuesday, Friday, and Saturday. Her advertised hours are from 11 to 5, but she routinely sells out before closing. “We’ve seen a lot of younger people ordering the large buns with cream cheese icing.”

I definitely took her advice and indulged in a large bun with icing. I’m known to add cinnamon to all my desserts, so I had a good feeling about Ada’s baking. I wasn’t disappointed. Fluffy dough swirled with cinnamon and sugar creates an excellent caramel-like bottom. Don’t scrimp; order the large size.

Buns are baked the morning before opening, usually 300 per batch. “Up at 3:30 in the morning,” says Ada, who doesn’t seemed phased by the early hours. It’s probably good to note Ada turns 71 this year. “I love it! I have lots of energy.” 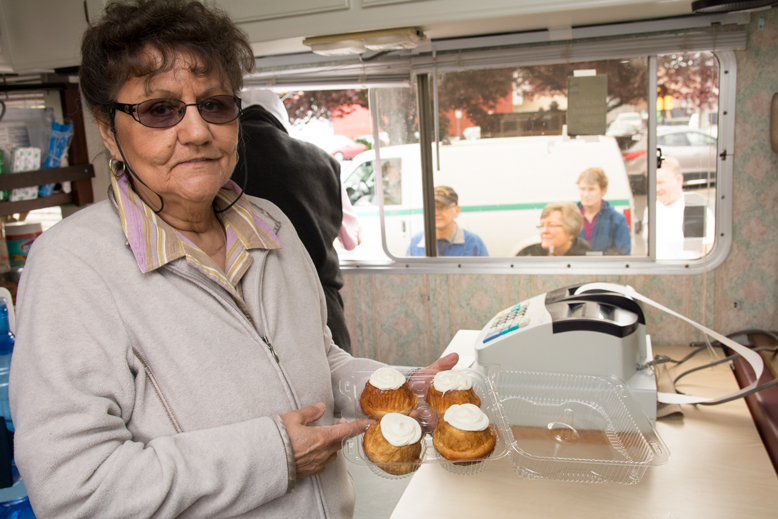 As demand continues to grow, Ada is searching for a commercial kitchen space to expand her baking production. She was baking at the North Douglas Church and recently moved to the Vic West Community Centre, but she’d prefer a kitchen with 24-hour access.

Ada’s Heavenly Cinnamon Buns have already been invited to the strawberry festival on the Gorge. She’s also planning to serve a peach cinnamon bun once peach season begins.

I suggest adding Ada’s Heavenly Cinnamon Buns to your next downtown outing. I promise they’ll satisfy any level of sweet tooth.

With Phase 2 beginning, restaurants and patios, tasting rooms and coffee shops are reopening. This is an ongoing process, with many changes, so we ...
Read More
Welcome to the July/Aug 2016 Issue. Read it now.   INSIDE Features Edible Seaweeds by Cinda Chavich Condiment Nation by Shelora Sheldan The ...
Read More