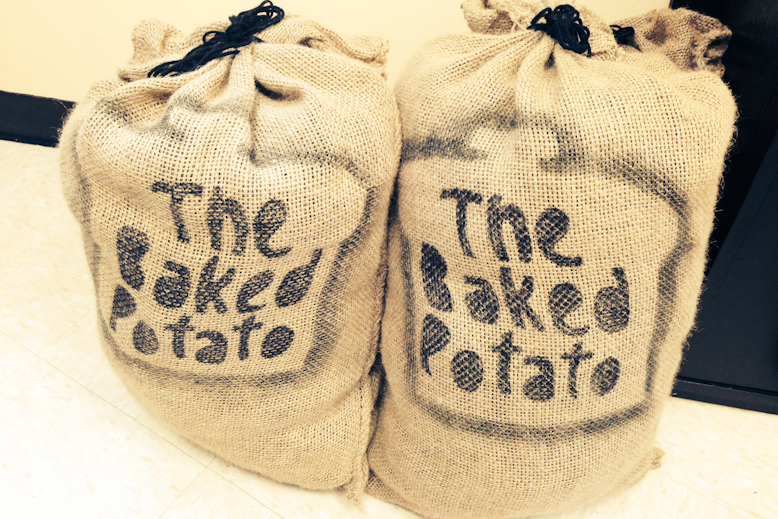 In a city so loyal to its English roots, it’s puzzling that an eatery resembling the jacket potato shops dotted across the United Kingdom hasn’t surfaced in Victoria until very recently. After moving to back to Canada with her two sons from her home in Wales, Sue Kingston opened The Baked Potato on January 13.  With help from her brother, she was able to create a charming little shop on the bottom floor courtyard level of Market Square.  Quaint and old-fashioned machinery and décor fill the small spot, which is primarily geared toward prep and quick service of its healthy and inexpensive fast food —Kingston does most of her cooking at a commercial kitchen offsite.

For those unfamiliar with the famed full-meal potato, a jacket potato can be as simple as a plain potato (The Baked Potato uses the traditional Russet variety sourced locally from Vancouver Island) with a smear of butter. More popular are jacket potatoes topped with a healthy portion of chili, butter chicken, broccoli and cheese, or many other varieties. Aware that Victorians are more likely to request gluten-free and/or vegetarian options than their British counterparts, Kingston offers a number of options for special diets. Her Montreal roots are represented by a very popular poutine potato, topped with gravy and cheese curds. Side salads accompany every potato, making for an inexpensive (most are $5.95 or $6.95, and $8.95 for a combo with a drink and soup) and filling meal for both the wandering tourist and the downtown worker. A homemade daily soup ($3.95 for a bowl with a roll) is on offer—tomato and basil, loaded baked potato, and vegetable are some frequent varieties—and is perfect for rain-soaked days requiring a satisfying pick-me-up. 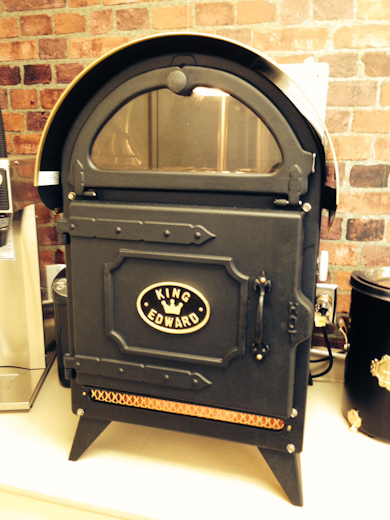 The King Edward oven is imported from the UK. The King Edward is a reference to the potato of the same name that is used in the UK for baking. It’s a steam oven designed to cook a potato in 90 minutes and maintain all the nutrients. 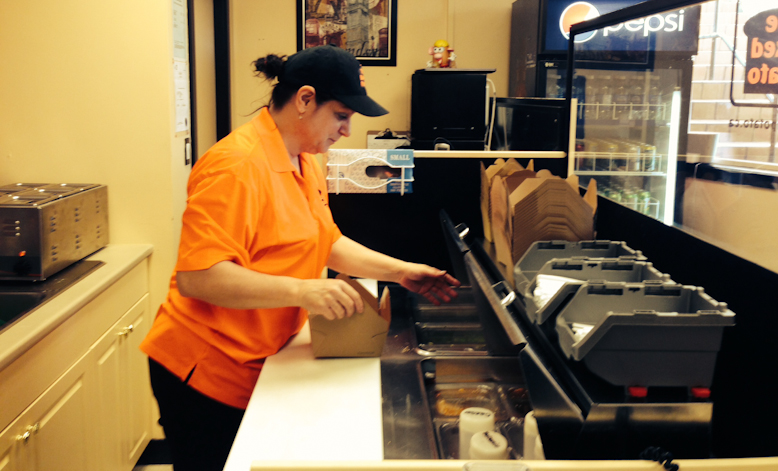 It’s already apparent from the support of locals and neighbouring businesses that The Baked Potato is a first-rate addition for the lunch and early dinner crowds in the downtown core. As the tourist season gains momentum, The Baked Potato will offer seasonal and daily features for toppings, and Kingston is keen to see how the season will fuel her plans to go mobile with an additional mobile location. Kingston’s genuine engagement with the local community and love of Victoria (she names the laid-back attitude and weather as key motivators to stay in the area) will soon see jacket potatoes travelling around in a food truck, piquing the interest and supplying the needs of both foodies and fans of the world’s most popular root vegetable.

Gabrielle Pope is a freelance writer of plays, short/long fiction, young adult novels, creative non-fiction, and whimsical memoir. With an MFA in Creative Writing from UBC, a love of ice hockey, rescue animals, and fermentation, ...

The federal government is rushing through sweeping changes to Canada’s environmental laws. Significant changes to the Fisheries Act are tucked ...
Read More