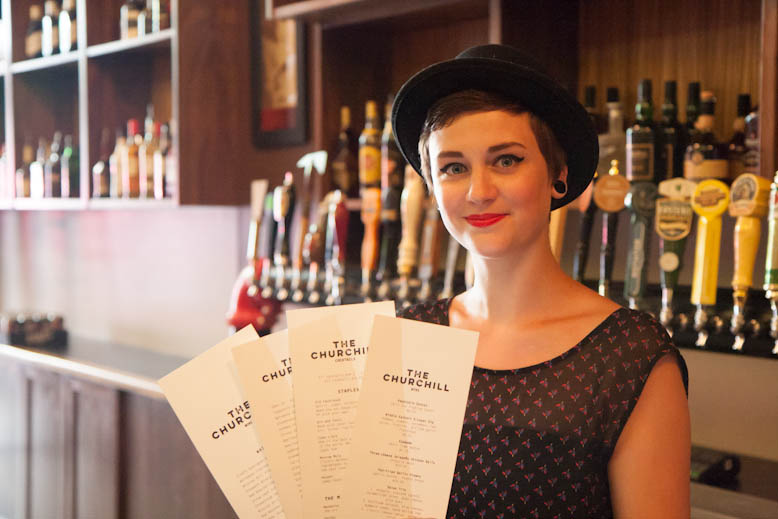 There’s a fundamental problem with my favourite type of bar; the kind of place where the music is just loud enough to add ambience, there’s no sports on the TV, and it’s nice and cool on a summer afternoon.

I mean, there’s always cocktails, and maybe they have something exotic on tap like prosecco, and once in a while they’ll rotate in one of your favourite seasonals. But the fact of it is, they never have enough kinds of beer.

You can’t really blame them; it doesn’t make a ton of sense to have an entire taproom just to cater to the whims of the type of person who shows up during happy hour to an empty bar, holding their laptop and vainly trying to get some work done (sorry.) Certainly not 50 taps worth, that’s for sure. You’d have to build some kind of monstrous six-inch wide fire main pipe just to hold them all.

Some people just don’t listen to reason. The general manager of both Garrick’s Head Pub and their new sister pub The Churchill, Jay Nowak is one of them. He started at Garrick’s Head as a cook in 1999, moved to the bar then took over as manager. “I had no managing experience,” he laughs. “Just worked my way through.” 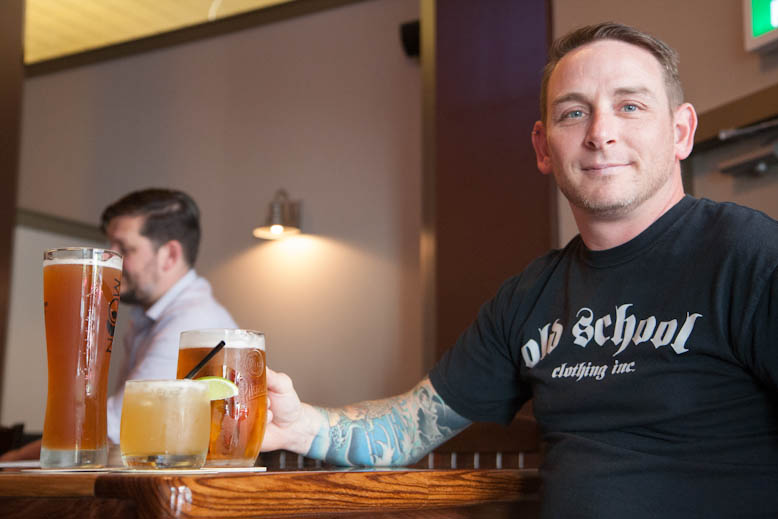 Jay Nowak sits at the bar of The Churchill

Back in late 2012, Jay put the original Garrick’s Head Pub through a renovation, doubling the floor space and ratcheting up the beer lines to the current 55. When the Bedford Regency’s The Ledge closed in September 2013, Jay saw the unused liquor license as an opportunity to further expand the bar trade on the ground floor. “Instead of having a hostess turning people away and sending them to Irish Times and to Bard and Banker and Earls I might as well have another location of my own!” 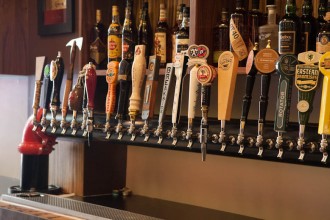 His vision was a quieter, slightly more upscale but casual spot. “If you wanna stroll in here in shorts and flip flops after walking around downtown all day then that’s cool!”

While the décor is a little darker and the space more intimate, The Churchill echoes the Garrick’s Head’s beer hall aesthetic with its long bar and high stools. Fifty new draft lines run down to the basement, where The Churchill’s original namesake, a seedy 1970s dive bar, has now become the new taproom. Shockingly, there are no duplicate beers between the two pubs. “Some of that rotator stuff that was successful over there [in the Garrick’s Head] got its own line here,” says Jay, who also brought in some new imports, “ Pilsner Urqell, is selling like crazy.”

Jay’s also excited to host Moon Under Water beer, which is the first time he’s featured a local brewpub. “I’ve always thought it was a bit of competition, but Clay and Chelsea over there are awesome and they’re doing a lot for beer, and not everyone can get over to Rock Bay.”

For those of us with a gluten allergy, The Churchill’s taps now also feature brews from Glutenberg, a Quebec brewery that makes nothing but 100% gluten-free beer, preventing cross-contamination and allowing them to focus on the best beer possible. 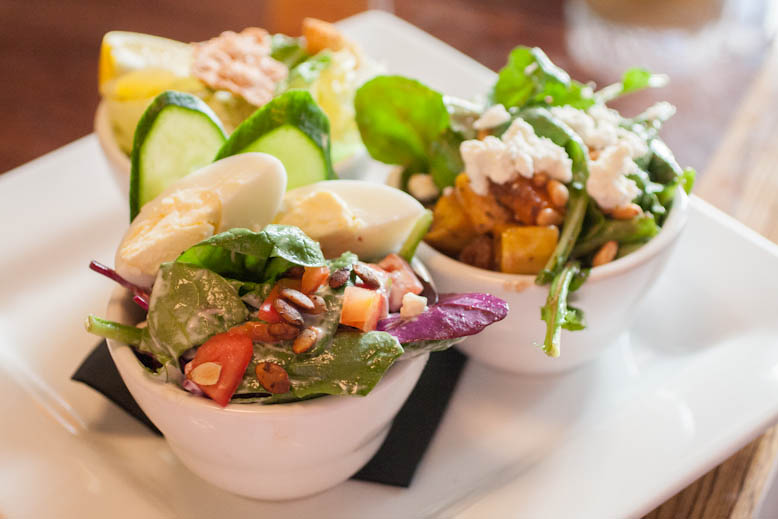 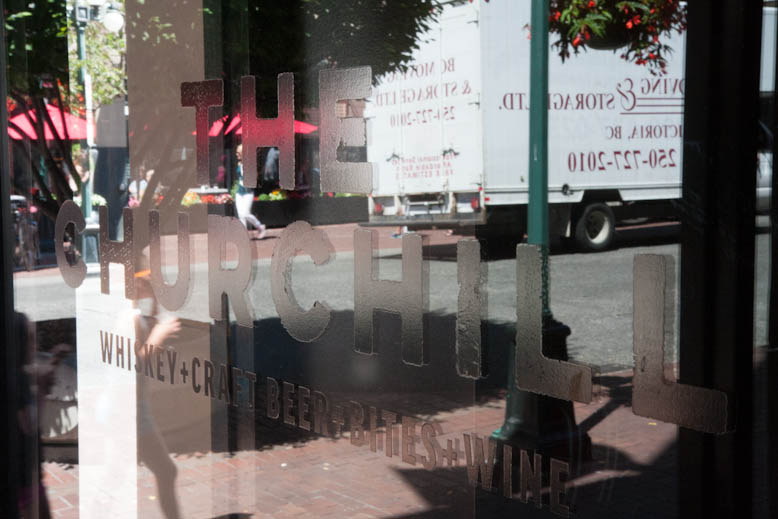 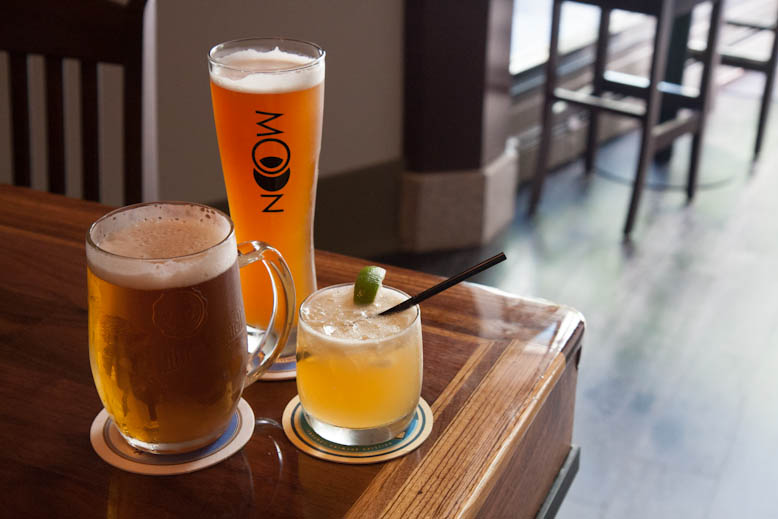 As befitting its new décor, The Churchill has also expanded its horizons beyond the beer and pub food of its sister bar. “The cocktails menu is totally new for us,” says Jay. “We’ve never really done anything outside of the regular Long Island, etc.” The new menu features cocktails invented by Ryan Malcolm, Saltspring Island Ales rep and part owner of New Theatre Spirits. And though the food comes from the same kitchen, it leans a little more towards the tapas end of things, with changes planned monthly — but don’t expect anything too out of the ordinary. “We’re not Little Jumbo or Stage!”

So—with 50 brand new taps, I need a recommendation. “The Lighthouse Vanilla Stout is pretty cool,” Jay says of the unique beer Lighthouse brewmaster Dean McLeod put together specifically for The Churchill. “When [Dean] stops by on the way home it’s usually here.”

The article on L’Apéro in the May|June issue should have stated Chef Andrea Maiolo staged at The Courtney Room and Zambri’s and that he held the ...
Read More
May|June issue on the stands. Read ...
Read More
Penticton’s new Wild Scallion has succeeded in offering its patrons fresh and healthy meals at affordable prices. Opened last September at 75 Front ...
Read More