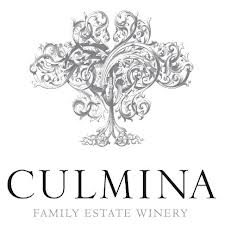 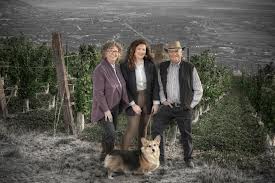 We’ve all heard the saying that “behind every successful man there is a strong woman supporting him.” At Culmina Family Estate Winery there is not one, but two amazing women behind BC wine legend Don Triggs. Yes, Triggs of Jackson-Triggs fame and the former Chief Executive of Vincor International Ltd. His two amazing women are wife Elaine and daughter Sara Triggs.

Don and Elaine Triggs met during a dance at the University of Manitoba, and got married shortly after. Don’s Agriculture degree brought the couple to the Ontario’s Niagara region.  Elaine’s degree in Home Economics and Honors Textiles led her to instructing Fashion Arts at a Toronto college, while Don began gathering expertise in the world of wine.  After a few years there, Don and Elaine began moving around, from Toronto to California then Vancouver. Elaine diversified into finance and earned her certification as a Chartered Accountant, succeeding with powerhouse Canadian firms. This business acumen would become vital to the development of the Triggs’ wine venture. In 1998 the couple decided to purchase the Delaine Vineyard in Niagara, and from there went on to make Canadian wine history.

Sara is the youngest daughter in the family, and joined the latest family venture, Culmina, in 2012 as the Sales and Marketing Manager. Like her mother, this woman of the world holds a few titles under her belt. Sara earned a Masters degree in Wine Business along with a degree in Sociology, and studied Chemistry with the thoughts of becoming a winemaker one day.  She was immersed in the wine business at a young age, working at Vincor’s retail outlet in Ontario during her summer vacations and transitioning into vineyard work in later years while studying for her Masters in Adelaide.  Both of these talented women are the backbone of this new winery and contribute equally to the success of the Triggs family.

The Culmina venture is the second time that Elaine and Don have dived right into creating a new Canadian wine enterprise. It was in 2006 when the 14th largest wine company in the world, Vincor, was sold to Constellation Brands. Sara was travelling in the Philippines at the time; she recalls thinking that all the family wine might one day be gone. Elaine and Don had the idea then to move back to the Okanagan Valley, joining with their daughter to write another story in the BC wine industry.

The Triggs family discovered a prime 14 acre vineyard for sale on the Golden Mile Bench owned by Domaine Combret. The Golden Mile is a sharply elevating escarpment and the vineyard is planted at a rather high altitude, so the Combrets fittingly dubbed the vineyard “Arise”.  The name also caught the Triggs’ attention as it has sentimental value to the family.  One of Don’s ancestors several generations ago was a purser in the first British garrison that colonized Barbados, who settled on a farm also called Arise. After carefully analyzing the potential of the vineyard, the family decided to purchase and opened a new chapter in their life.

The family hired Alain Sutre to consult in planting the vines. Sutre, a leading expert in viticulture, has consulted for Burrowing Owl, Painted Rock and Poplar Grove in the past with great success. After a great deal of profiling and surveying, the family decided to purchase another 60 acres on the two hillsides above the Arise Vineyard. Just above Arise is Stan’s Bench, a tribute to Elaine’s father, and above that is Margaret’s Bench, for Don’s mother.  Each vineyard block is broken down to approximately 1.25 acres for accurate soil analysis, and each block is then subdivided into smaller sections and planted with grape varietals suited to the specific soil type. The Culmina vineyards utilize cutting- edge viticultural systems that are among the most highly advanced in Canada.

The Arise Vineyard, the warmest of the three, is planted with late ripening Bordeaux varieties such as Merlot, Cabernet Sauvignon and Cabernet Franc with a small quantity of Syrah.  At a higher elevation, Stan’s is planted with Viognier, Petit Verdot and Malbec, varieties that thrive in more temperate climates. Margaret’s is a cool site situated at the limits of altitude, and is planted to early ripening and winter hardy Chardonnay, Riesling, and Gruner Veltiner. The wine community is highly anticipating the release of the Gruner Veltiner, a little known Austrian variety that has never been commercially produced in the Okanagan.

The name Culmina is derived from the Latin word for ‘peak’.  A suitable name, as the winery and vineyards are situated at a peak location in the South Okanagan, and the pedigree of experience involved in the project ensures that Culmina will be among the top performers in Canada. Pascal Madevon, former winemaker at Osoyoos Larose, made headlines earlier this year when Culmina announced his joining the team as winemaker and vineyard manager.  With this all-star team, Culmina is set to launch to unprecedented heights.

The winery is located on Wild Rose Street, accessed from Road 13 just south of Oliver.  After the grand opening scheduled for August 23, 2013 , Culmina’s tasting room will be open by appointment only to provide guests with the most personal of experiences.  Tours will begin with a walk through the vineyards, leading to a tour of the winery followed with relaxing sit down wine tasting.  A winery tour so described may have an over-familiar ring, but this writer assures you that Culmina possesses attributes that defy description. The Triggs family venture truly is the next evolutionary step in our beautiful Okanagan Valley, and in the Canadian wine industry as a whole.

The article on L’Apéro in the May|June issue should have stated Chef Andrea Maiolo staged at The Courtney Room and Zambri’s and that he held the ...
Read More
May|June issue on the stands. Read ...
Read More
As the world shifts and changes below our feet right now, EAT thought it might be a good time to check in with our family of contributors, ...
Read More