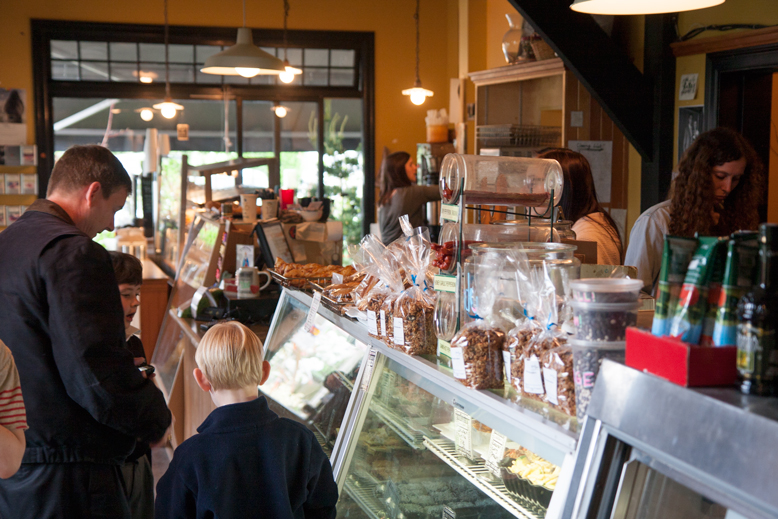 There’s a template for new Victoria eateries in 2015. Tiny room, fresh seasonal menu, devoted clientele, twenty something staff… It’s easy to think that these places are artifacts of the new face of local foodie culture, or hipsterdom, or whatever other cultural force you feel like attributing it to. But places like these have existed for decades in this city, standing evidence of just how long lasting and successful a well-run local café can be.

Past the Foreen mansion on Foul Bay Road and down McNeill Avenue sits one of these spots: Demitasse Café & Garden Centre. If the name sounds familiar, you might remember that there used to be a downtown Demitasse on the corner of Johnson and Blanshard. That’s where owners Rob Rogers and Kathryn Pineo started, taking over the restaurant after working together at Rattenbury’s (now the Old Spaghetti Factory.) “We knew we wanted to work together, and I didn’t think I wanted some kind of traditional career, and we’ve always been very entrepreneurial minded,” says Rob. “Our friends knew Demitasse was going up for sale soon, so we went over and met the people and got along really well.” 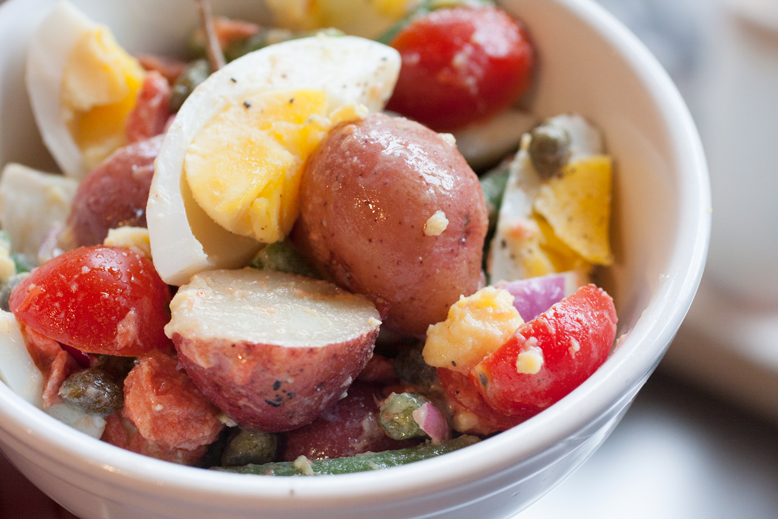 1320 Blanshard held the record for first non-smoking restaurant in BC, and was a pioneer of bottle and plastic recycling at the time. The success of that location led to Rob and Kathryn buying a commercial location in Oak Bay, a sort of neighbourhood strip mall built in the 1930s. The idea was that it would help prepare food for the downtown spot, but now, decades later, it’s this neighbourhood location that’s proven to be the strongest, in no small thanks to the creativity and uniqueness of its dishes.

Unlike many delis not owned by a chef, Rob and Kathryn give their staff nearly free rein over the contents of the menu, and there are new concoctions nearly every day. “Some of the stuff is pretty wacky, but it’s always really good, it’s always really thoughtful,” says Rob, chuckling. “Brett and Chris both, Brett is very productive and really good, just a great cook, and Chris is really good with flavours and soups and combinations of things like that too, so they feed off each other, I think.” Cooks and long-time friends Chris and Brett work alongside pastry chef Vicky and baker Francois, who is originally from France. “It’s really a group effort, that’s for sure.” 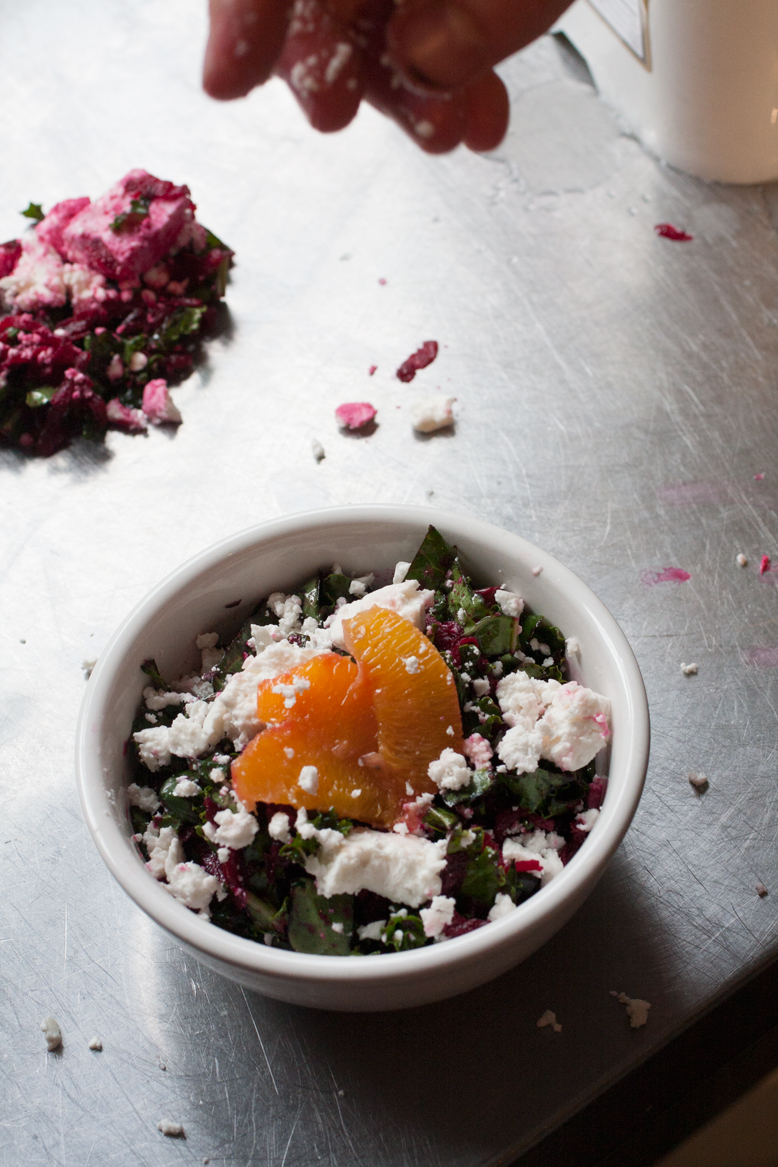 The skills in the kitchen are complimented by fresh organic greens, grown at Demitasse’s own garden near their greenhouse at Sleeping Dog Farm. “It’s pretty luxurious actually,” says Rob. The idea initially was to sell some of the produce to other local restaurants, but their entire stock ends up getting used by Demitasse throughout the busy summers. “The guys, just because they’re so good and so creative, whatever shows up at the kitchen door they morph it into whatever sounds good.”

It also helps that five different schools and one of the liveliest neighbourhoods in Oak Bay surround the shop. Plenty of locals pass through on a daily basis, many having come by for years—Rob and Kathryn are part of the Victoria food scene’s “old guard” (Greg and Silvia from Café Brio, Howie Siegel from Pagliacci’s)—and as well, their daughters grew up in the neighbourhood. “People come in saying, oh, you’ve changed that, and those are new cups! There’s an ownership of everybody who comes in here to keep things the way it is,” says Rob. And crucially, at least to my eyes, that sense of ownership also extends to the staff. 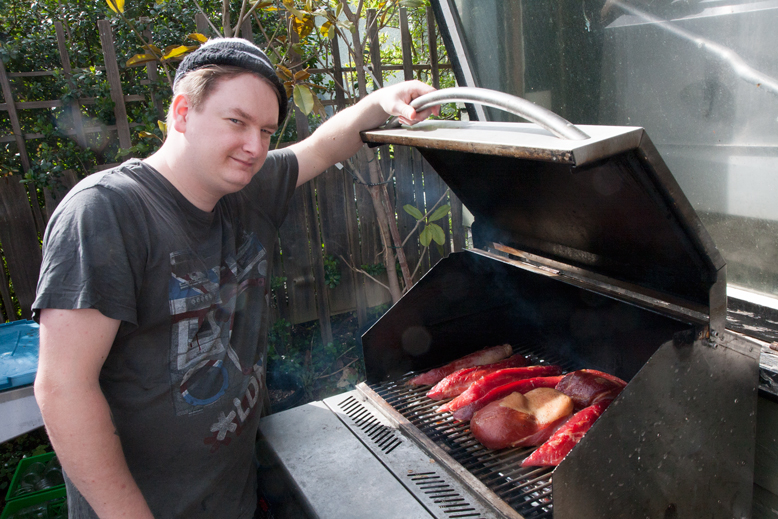 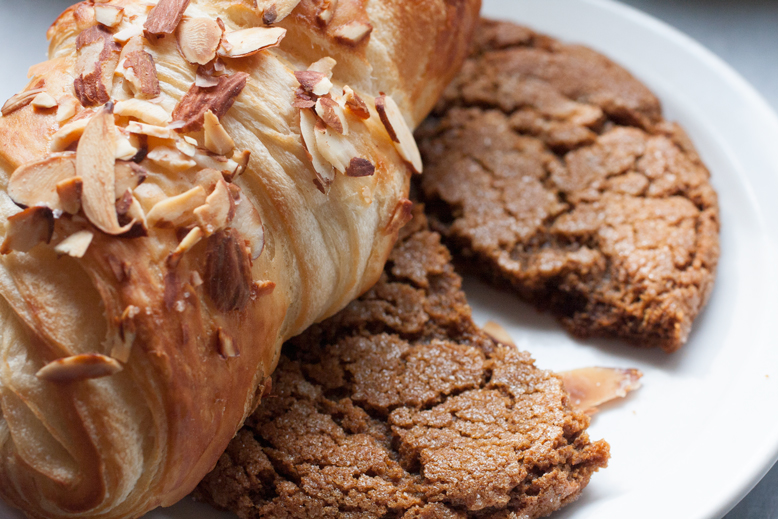 It’s a rare business in the food service industry that doesn’t have to deal with rapid employee turnover. Demitasse does have its share of seasonal workers who step in during the busier season, but thanks to the level of trust and respect Rob and Kathryn give their staff, they get to hold onto their young employees much longer. Beyond artistic license, the kitchen also gets to handle all the food ordering, and front staff often run the shop themselves without any sort of official manager. “That’s the beauty of this place,” says Rob. “Everyone has a vested interest in it and they are all concerned about its well being. I know that the staff in general look after things when we have time off, which is just so great… We’re so fortunate.”

The ‘tasse isn’t just the café either. It also provides some hand-selected groceries for the locals, from beautiful olive oils to fine meats and cheeses. “It’s a funny, ragbag limited selection because it’s certainly not our focus; at first it was an upscale corner store, but really now it’s an eating establishment.” And that eating establishment is hungry for more kitchen space and seating, so keep your eyes peeled for an expansion—just as soon as these two can tear themselves away from their busy greenhouse and the landscaping design service they operate out of the back of the shop. “We keep going and going and doing more things, from coffee and food to lunch and dinner, from breakfast and snacks to plants and design, installation, maintenance…” says Rob. “We’ll eventually have more seating; we’ll re-zone and, to be quite honest, we think about it quite regularly, but we’re just too busy to do all the stuff it would require to get us there.” I’m looking forward to it!

With Phase 2 beginning, restaurants and patios, tasting rooms and coffee shops are reopening. This is an ongoing process, with many changes, so we ...
Read More
Robert Clark, Executive Chef at C Restaurant created this recipe for the Canadian Sablefish Association. Serves 4   Sauce: 1 Tbsp (15 mL) butter ...
Read More