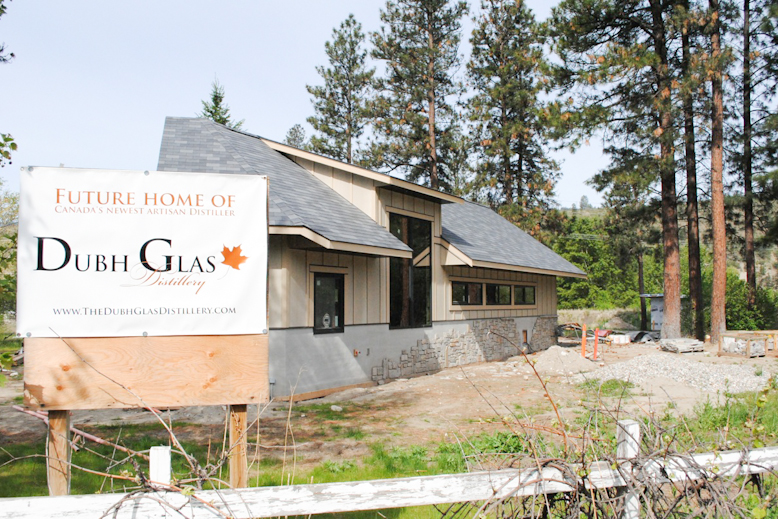 As the somewhat young British Columbia wine industry seems to be coming into its own, hot on its heels are microbreweries and distilleries. Proximity to quality ingredients and an increased appetite for creating and consuming locally crafted products have sparked a small groundswell of activity. From gin to whisky, akvavit to absinthe, BC is getting into the spirit of things.

Grant Stevely at Dubh Glas Distillery  (pronounced “Douglas”) expects his new production equipment to arrive in June, completing the 1,500 square foot distillery and tasting room. A former risk management supervisor, Stevely started on the distillery path long before he consciously knew it; while flipping through photos from an old trip to Scotland, he saw that his journey involved more visits to distilleries than the pastoral Scottish countryside. Same with a trip to Cuba, where “I didn’t want to see where the cigars were made. I wanted to know how the rum was distilled”.

The want to create something unique kept at him. Eventually, opportunity arose to purchase five acres north of Oliver and things began to fall slowly into place. Stevely left an 18-year career at Sunshine Village ski resort and moved to the south Okanagan—he first worked construction so he could better understand how his build would go. “A friend gave me a job with absolutely zero experience,” Stevely says with a laugh, “He even taught me masonry. I’m doing the rock work here myself.”

The Dubh Glas concept came about in 2010 and the property was purchased the following year, but it took a while to get things moving. “The land was originally zoned for a campsite,” explains Stevely. “First, I wanted to make sure it was possible to change it.” Possible, yes, but it wasn’t an expeditious endeavor. Add to that the not-yet-common process of applying for a craft distillery license and what began four years ago should culminate with The Dubh Glas opening by July 2014.

Look: You can guess, but colour alone tells you absolutely nothing unless you know how it’s been crafted.

Smell: In non-peated barley whisky, like what The Dubh Glas will make, look for earthy aromas, preserved fruits (as in port wines), and chocolate. No swirl required.

Taste: Overwhelmed? For cask strength (higher alcohol), sip with a small splash of water. Never use ice—cold closes the flavours and aromas. 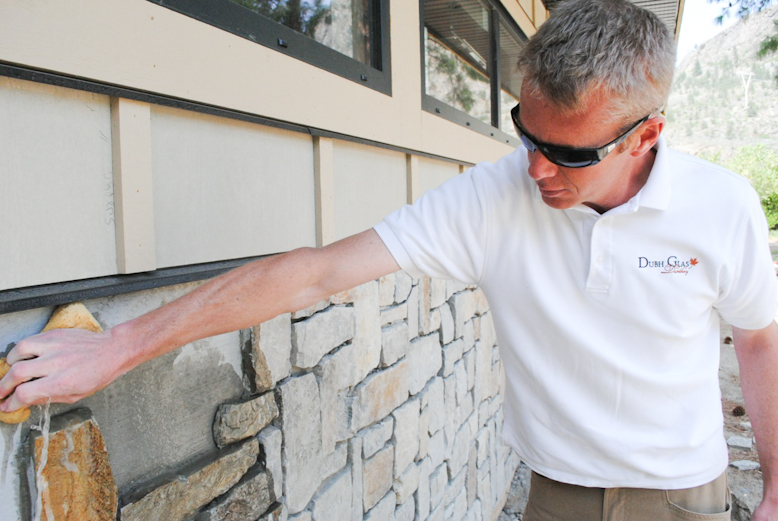 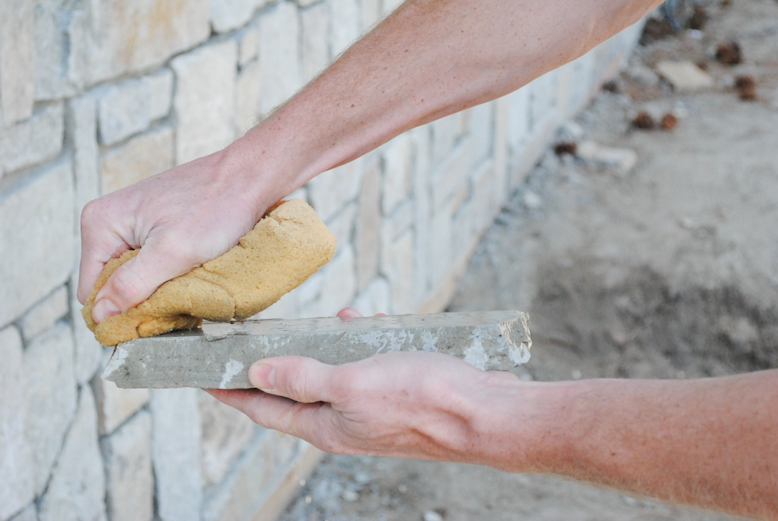 The province offers two levels of distillery licenses: craft distillers have volumes capped at 25,000L per year, with commercial production as the second option. Stevely went the craft route, which has a few restrictions but offers unique benefits. “As a craft distiller, I’m restricted to buying barley grown in BC,” he explains, “but I can sell directly to retailers and restaurants.” This means The Dubh Glas can move and sell product without going through provincial liquor distribution. Commercial distillers are required to sell through the BCLDB, but can access what’s known as “neutral” grains at a significantly reduced price. “Canadians grow a lot of barley, just not in BC,” says Stevely. He buys from a grower in Armstrong.

A barley cask whisky will be their premiere product, but because the time to market is lengthy (a new-world whisky can take between three and six years to mature), Stevely is working on a recipe for gin and also has plans for spirits made from locally grown fruit. “We can use the cosmetically damaged fruit instead of it going to the landfill.” 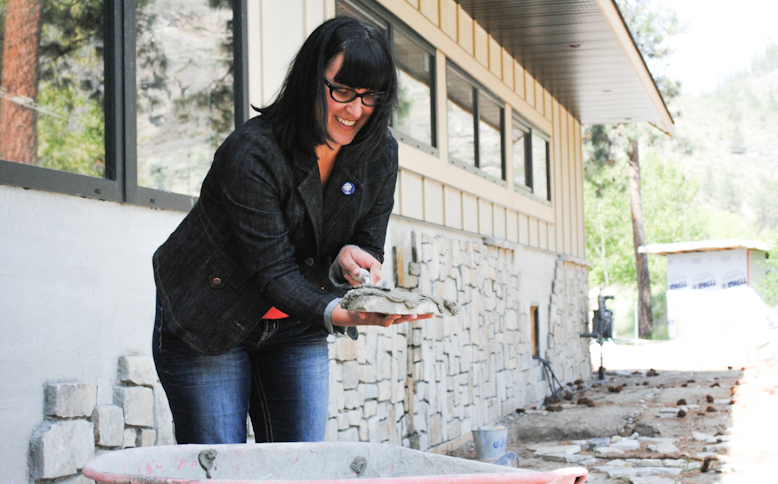 The author tries her hand at masonry – with guidance

At The Dubh Glas, an undercurrent of education runs through everything. In less than two hours, Stevely explained the differences between scotch and whisky (scotch is whisky made in Scotland, but they still call it whisky), shared details on how newer distillation equipment provides multiple filtering to help allow for shorter ageing times (six years instead of 12-18), and enthused about whisky blender John Glaser and his penchant for experimentation (like putting French oak heads on American barrels). It’s a roller coaster of information delivered in language that’s easy to understand. “I do educational tastings all the time right now,” says Stevely. “I’m not doing it for myself. It’s for the whole industry.”

As it will be some time before the first whisky flows from a Dubh Glas bottle, the distillery is offering cask futures: customers can pre-buy whisky through purchasing half the contents of a 100L barrel. “It’s one of the ways we can be creative with sales,” says Stevely. A cask future runs $2,000 for 50L of whisky-in-the-making, with the rest of the barrel remaining the property of Dubh Glas. “This way you know we’re still invested in the outcome of that barrel.” At the end of maturation, buyers take home 44 bottles of custom-labeled whisky. The cost: $45 for a bottle that would retail for $69. The practice isn’t uncommon in wine regions like Bordeaux, where futures are sold well in advance of the vintage release.

From grapes to grains, the Okanagan grows more spirited each year.

We duck out of the morning sunshine to look at the raw space that will house the distillation equipment and a small tasting room, sipping a 62.1% alcohol, cask strength whisky from India in a room with high ceilings and large windows. The intention at The Dubh Glas is to create an experience and product that doesn’t reincarnate a traditional Scottish distillery, but something that captures our authentic Canadian-ism. The space is flooded with natural light and dispels any preconceptions of a dark cellar; concrete floors meet wood, glass, and rock in a contemporary look that feels at home under a cluster of Ponderosa pine trees.

The rock masonry on the front of the building is not yet finished, and before I leave, I’m invited to try my hand at stonework; after all, there’s still something left to learn here. Stevely mixes a batch of mortar while I find a suitable rock. “I’ll show you how, then you can do it yourself,” he says. I follow his instructions, and when my rock begins to slip we wedge a small chip beneath it until the mortar cures. I leave without having tasted a drop of Dubh Glas spirits, yet I’m already eager to return. This experience is very Stevely, and most definitely Canadian.

The article on L’Apéro in the May|June issue should have stated Chef Andrea Maiolo staged at The Courtney Room and Zambri’s and that he held the ...
Read More
May|June issue on the stands. Read ...
Read More
Ribeye Steak is also known as Delmonico steak, Scotch fillet, beauty steak, or Spencer steak. Richly marbled, sliced thickly, ribeye is generally ...
Read More