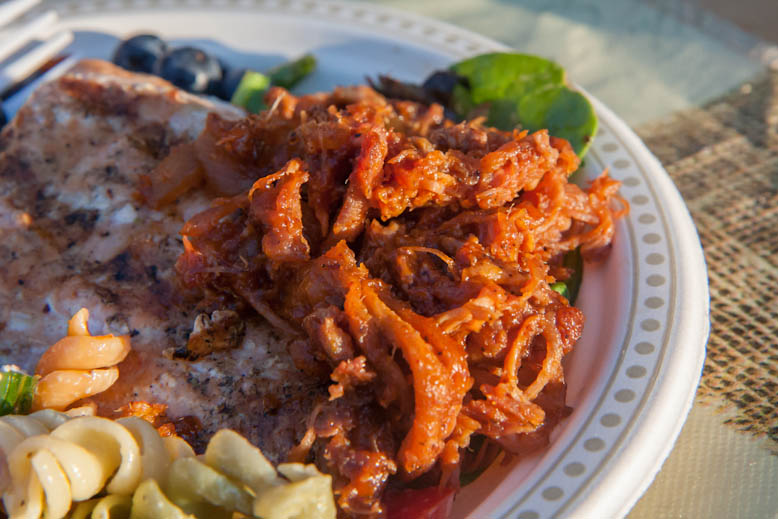 It had taken me six years of living in Victoria, but I had finally figured out what Beacon Hill Park was usually missing: the smell of burgers, Portobello mushrooms, and pulled pork on a hot grill. It was a warm August afternoon and I was standing next to the pitch at the Victoria International Six-a-Side (VISAS) Cricket Festival, drinking dark ladies and hanging out with the crew at Fat Daddy’s Hattiesburg BBQ Catering.

Between Pig, Hank’s, 5th Street, and the dearly departed Smoken Bones, Victoria has a fair hand of BBQ spots for a city in the northwest. But as great as those spots are (or were), none of them are fully committed to the pure, old-school kind of Mississippi Creole BBQ that Fat Daddy’s does, and without a physical storefront or restaurant it’s easy to walk right past the whole operation (just like many of Victoria’s other stellar catering companies.) In the next few months I’m hoping to profile more of these underappreciated caterers, and given that the mercury is still hitting the mid-to-upper twenties as we roll closer to fall, I figured BBQ was a good place to start.

A week before the cricket fest I’d been sitting in the doily-adorned Venus Sophia tearoom in Chinatown as the tanned and scruffy-looking Andrew regaled me with tales of his Uncle Rob (the eponymous Fat Daddy) and the weirdest events he’d ever catered. “It was two of us off Agate Lane in Cadboro Bay, wrestling this pig out on Halloween just before the sun came up. If anyone had seen two idiots starting a fire in the middle of the night we probably woulda gotten arrested.”

Andrew’s business started as a southern-style restaurant on Victoria’s west side. “It was failing miserably,” he said. “Fat Daddy’s on the Gorge. Wrong place, wrong menu.” While that was going, a friend of his who lived nearby invited him over to cook for a super bowl party. “We smoked off like, fifty prime rib bones in this gigantic smoker. Fifty bones, it’s a lot of meat. So we said we want fifty guys over to have a pound of ribs each and we had 100 guys show up and people went crazy over it.” 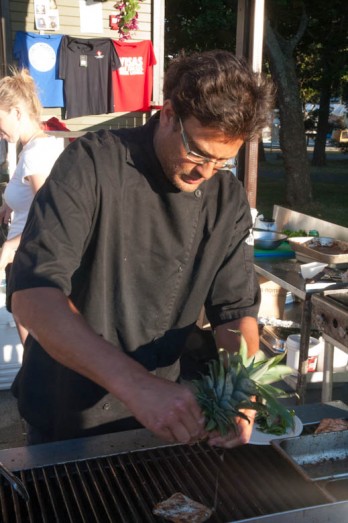 One of the attendees at that event then asked him to cater a Daytona 500 party at his estate in Mill Bay. “I was like, well, I don’t cater, and he says, yeah you do.” By request Andrew made all kinds of ribs, brisket, and other classic southern foods to match the Florida theme. “It got my juices flowing, and then it kind of exploded. I bought a pig roaster and the rest is kinda history.” Andrew’s menu stretches on from crawfish boils to slow-cooked ribs and deep-fried turkeys, all of which can be done on-site, right before your eyes. And he uses a pile of local suppliers to boot: Kildarra organic farms, Galey Farms and blueberries from Meadowbrook Lanes.

These days Andrew not only caters with Fat Daddy but also runs the concessions at Beacon Hill and Fairfield ballparks as well as making cream cheese and doing distribution for his friend Mark Workman at Mount Royal Bagels. “In Victoria the wind blows every which way and you have to be prepared to hunker down through the winter,” said Andrew. “Thank you for Mount Royal for keeping me busy in the winter. The summers are so busy, thank you for the government jobs that get me working during the week in the summer. Thank you to Beacon Hill ballpark that gets me rolling first thing out in the spring when it’s still cold outside.”

The catering industry might be a lot more erratic, but it doesn’t come with the overhead and stress of running a restaurant. “I’m always worried about, am I gonna get roped down, am I gonna get stuck in a mortgage that I can’t hold, I got people calling me to show me spaces all the time and you know what, this is way more fun, and it’s way less headaches and less worries.” 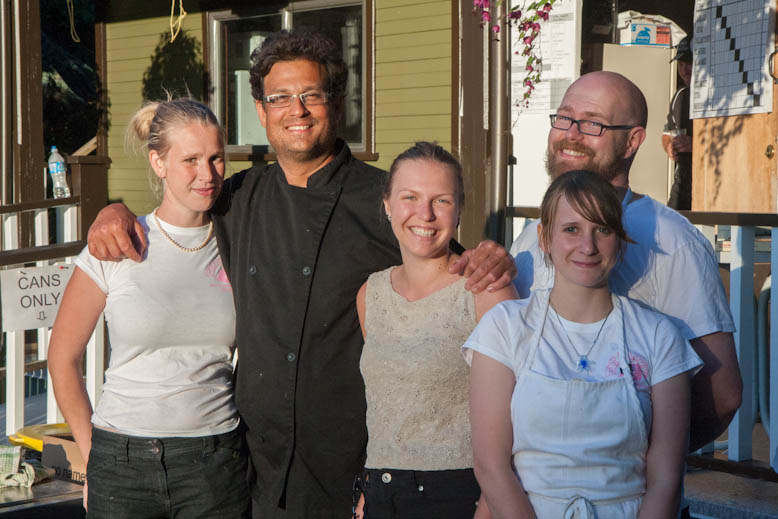 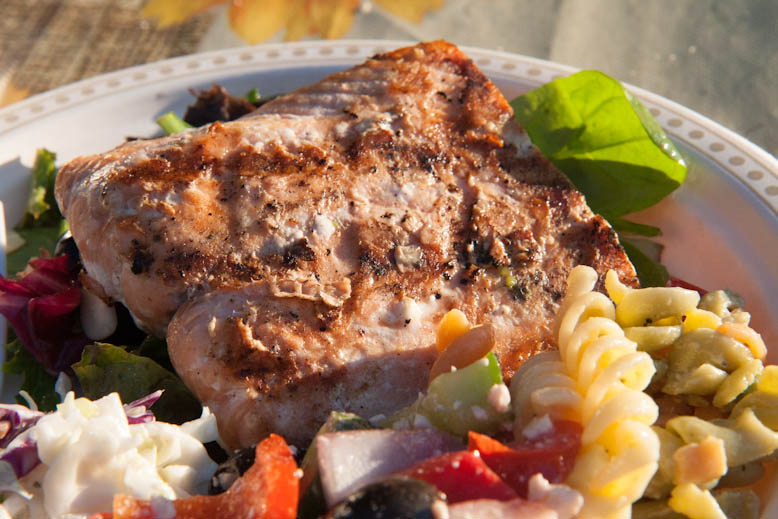 At this point in the interview I was ready to slap down my credit card — but how am I gonna get twenty hungry people together without at least two weeks Facebook event notice? “I say no to no one,” Andrew assured me. “If it’s a pork butt and sides for six guys on football night I’ll say yeah, I’m in. Getting people my food has always been important to me, and it doesn’t matter how big or small the group is. I actually prefer the smaller customer calling me and saying hey, I loved your product at Ska Fest, how can I get a half dozen sandwiches? I go yeah, that’s easy — where you want me to deliver ‘em?”

Shelora Sheldan collected her own favourite kitchen hacks, then reached out to chefs, passionate home cooks, bakers, bartenders, poets, and even an ...
Read More
Cher Eat, I have been wondering a lot lately about how Lyon gained such a recognisable status in gastronomy. Sure, yes there are plenty of ...
Read More
THE STORIES WE TELL ABOUT OURSELVES AND ABOUT THE FOOD WE LOVE  gives meaning to our history and to the things we value most. There is always one ...
Read More
It’s not breaking news: Victoria’s restaurant scene is in the midst of varying states of crisis, depending on which Industry Insider you speak ...
Read More
EAT TALKS N0 2 “Well… That Didn’t Work Out: Failures Flops and Frustrations” EAT Talks are a series of live events produced ...
Read More
On a warm and starry August evening, a new Victoria business was born. The new venture called The Long Table Series has been conceived by owners ...
Read More

The article on L’Apéro in the May|June issue should have stated Chef Andrea Maiolo staged at The Courtney Room and Zambri’s and that he held the ...
Read More
May|June issue on the stands. Read ...
Read More
Here’s a single-serving way to make pavlova. This divine dessert features sweet pillows of meringue irresistibly topped with whipped cream and ...
Read More