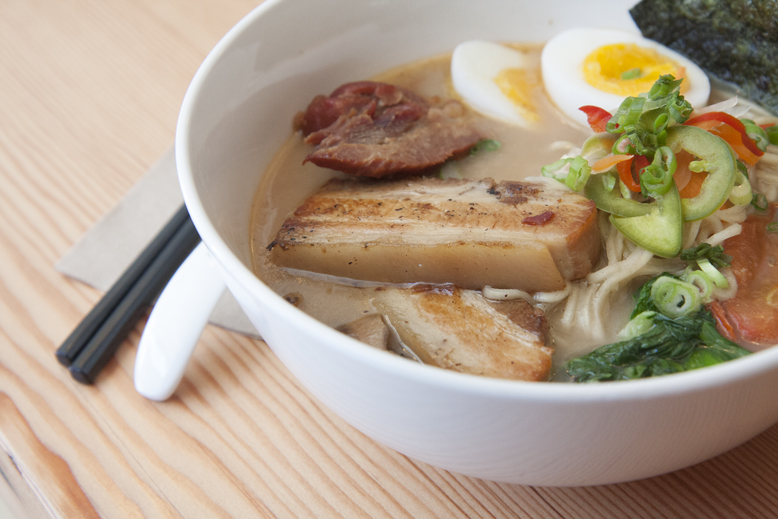 Umami. There’s no word that better describes the air inside Foo’s new ramen shop. Each breath is like a mouthful of rich, slow-cooked broth, the scent and flavour suffusing through the small space like the heat of a wooden stove. Unfazed by the bright sunlight outside, customers lean over the cash register and place their orders for this hearty and filling lunch soup — Victoria’s first real ramen.

Five years ago, Foo chef Patrick Lynch and his co-owner Sterling Grice opened the original Foo on Yates Street beside the Dalton hotel. Their goal was to replicate the Southeast Asian street food that Patrick had explored after getting his chef training in London in the early nineties. Lacking the capital to build a full-service restaurant, the duo channeled Patrick’s fine-dining background into what has become one of the Victoria’s most popular takeout and lunch spots. “It’s gone really well, to the point that I feel comfortable opening a second shop without fear of sinking the first one,” says Patrick. 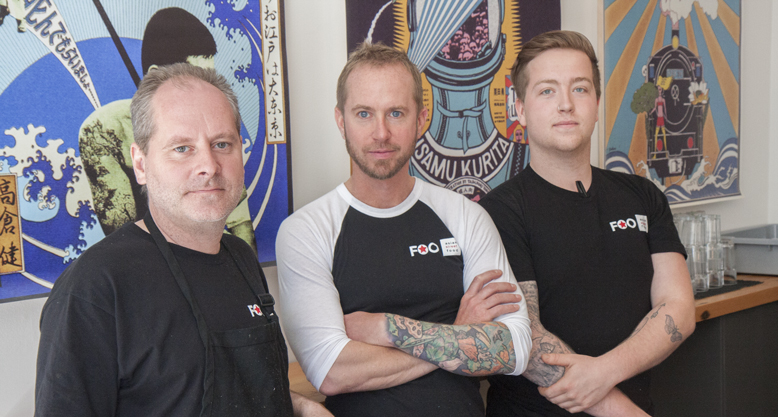 The idea of a ramen shop started with the desire to make use of the pork broth created daily by the original Foo. “We began playing around with ramen and I wasn’t really happy with my first attempts because it was so new to me… and the further I got into it, the more I realized how technical it is.” Patrick’s fascination lead him on expeditions to New York and Toronto, where he took notes on different styles and varieties. “We realized there was just a hole in the market here; Victoria has so many restaurants, but there’s no ramen shops, and just across the water in Vancouver, the good ramen shops are lined up all day.”

Established as a Japanese cultural icon in the 1980s, ramen is a harmonious combination of two deceptively complex ingredients: noodles and broth. While the prevailing impression of ramen in the west involves instant noodles and Styrofoam cups, the reality of true ramen is much different. “It’s going to be a bit of a challenge for us to educate people on what it’s really about,” says Patrick. “On the surface it seems quite simple, but there’s a reason why there is such a huge culture around ramen and so many different styles.” 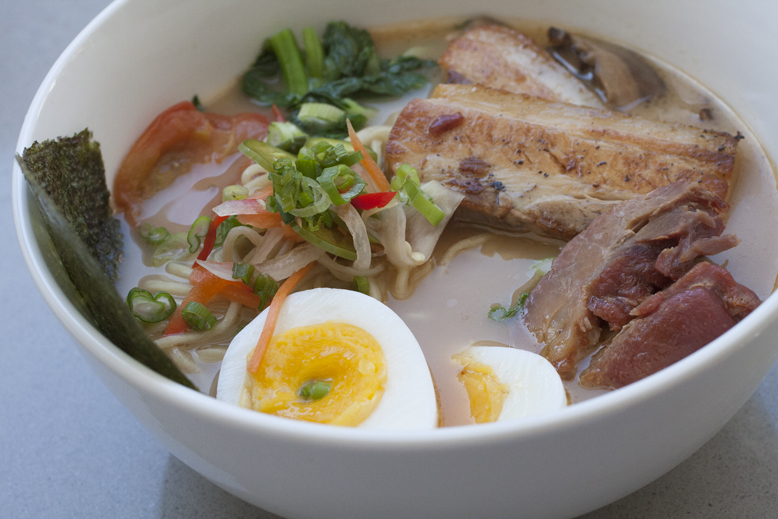 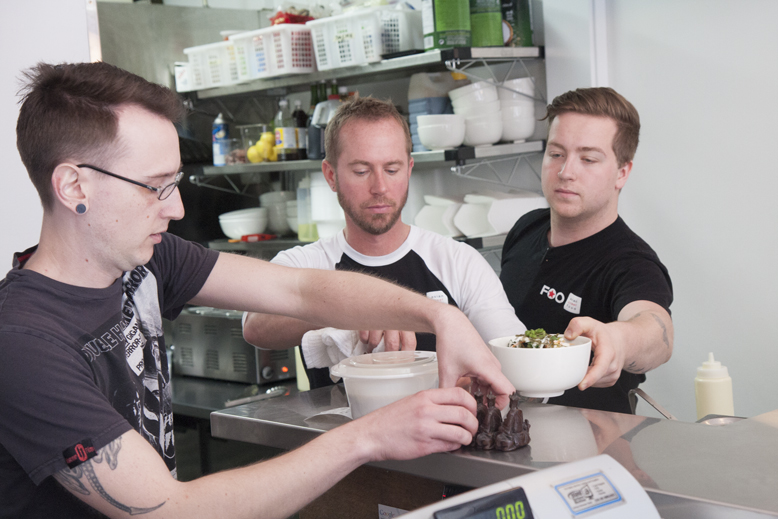 Foo’s conceptually traditional tonkotsu, or pork bone broth, is a good example. The pork bones are first roasted before being boiled for twelve hours. During this process, the broth clouds over and absorbs the pork fat, giving it a unique mouthfeel akin to a cream soup. The noodles are also unique, as they are traditionally made with kansui, a form of alkaline mineral water. “The alkaline salt gives them a firm bite and makes them able to texturally withstand a bowl of hot broth from start of finish,” says Patrick. “These noodles are also designed in different gauges to cling to different broths, so when you’re slurping your noodles they’re flavored with the broth as well.”

The ramen bar is continuing the Foo practice of sourcing local ingredients and, indeed, nearly all of the components in their flagship soup come from the island. The broth features smoked trotters from The Whole Beast, as well as bones from the adjacent Village Butcher. The same outfit also provides pork bellies for the soup’s garnish, which includes BBQ pork, confit of pork belly, soft-boiled local Farmer Ben’s eggs and nori (edible seaweed). The garnish also includes pickled vegetables, shiitake mushrooms and oven roasted tomato, all local and seasonal produce coming from Trigo Foods. 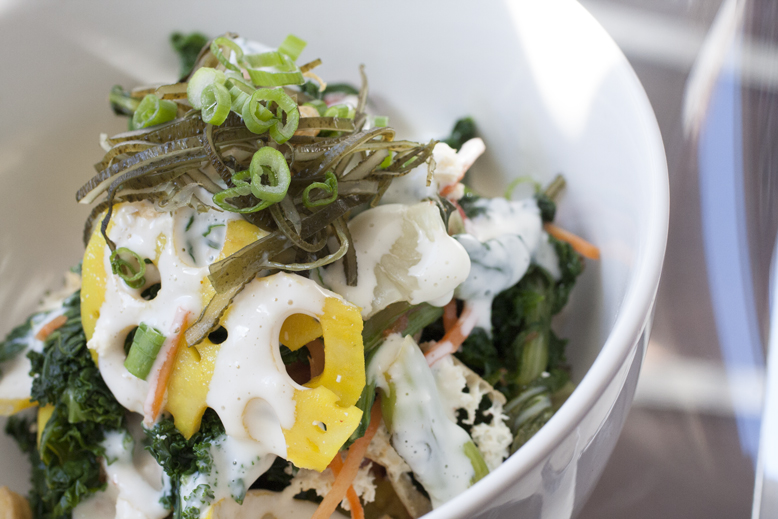 The alkaline noodles used in all of Foo’s ramen are also local, being made fresh daily by Bagga Pasta in Esquimalt. “Rather than having to import alkaline noodles from California, I’m getting them made for me fresh daily and delivered to my door in the quantities I want—it doesn’t get any better than that.”

After a few construction and equipment issues, the ramen bar is now open for business, and Patrick is cautiously optimistic about its success. “I’ve been doing a lot of experimentation, I’m happy with the results, and I think what we put on the menu rivals anything I tasted in my travels.” 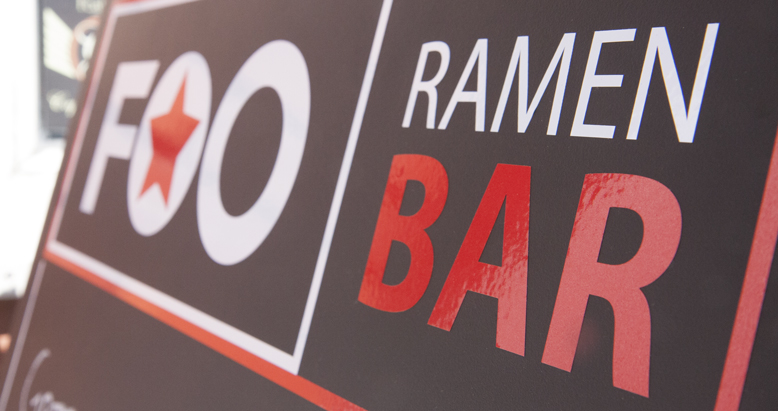 Good equipment is important. We use 70% cocoa, organic chocolate from Denman Island Chocolates. it must be melted slowly in a heavy pot to prevent ...
Read More