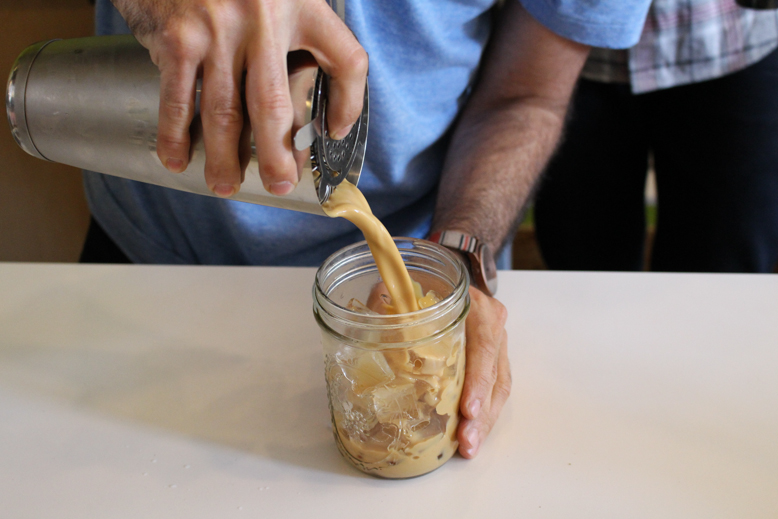 A curious trend has emerged in Victoria; coffee shops named with the seventh letter of the alphabet in mind. Habit, Heist, and now Hey Happy Coffee have the H covered. Hey Happy’s smile inducing name has been 13 years in the making.

Back in 2001, owner Rob Kettner was fresh out of film school, touring his first project around the festival circuit, including a stop in his hometown of Winnipeg. “There was a film premiering at the festival called Hey, Happy and it was by a Winnipeg filmmaker named Noam Gonick,” says Kettner, who found the director hilariously entertaining and inspiring. “At the film fest parties, he’d show up with his drag queen buddies and cause such a ruckus that they’d get kicked out.” 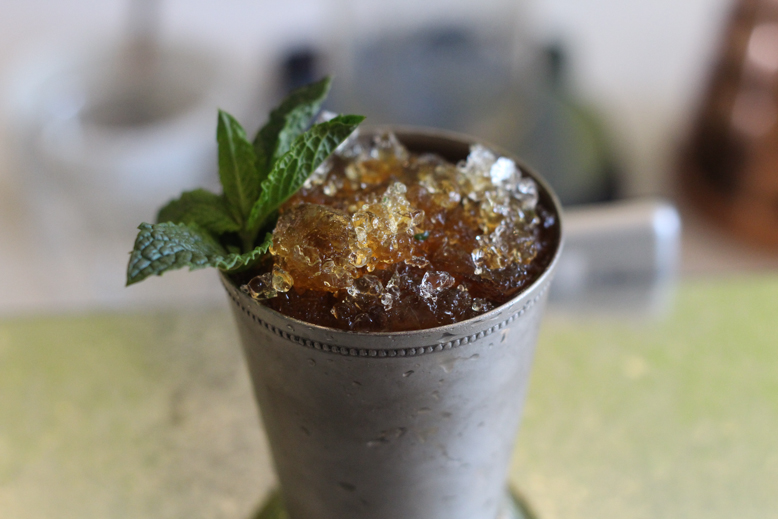 The film stuck with Kettner, who wrote to Gonick this year asking if Hey, Happy could become Hey Happy Coffee. Gonick was flattered and Hey Happy officially opened in mid-July.

Each night, individual vials of beans are filled and weighed. Twenty-one grams of coffee for every 325 grams of water. When ordered, the beans are ground, weighed a second time, topped off with more grounds if needed, and then brewed using the Chemex pour over method. 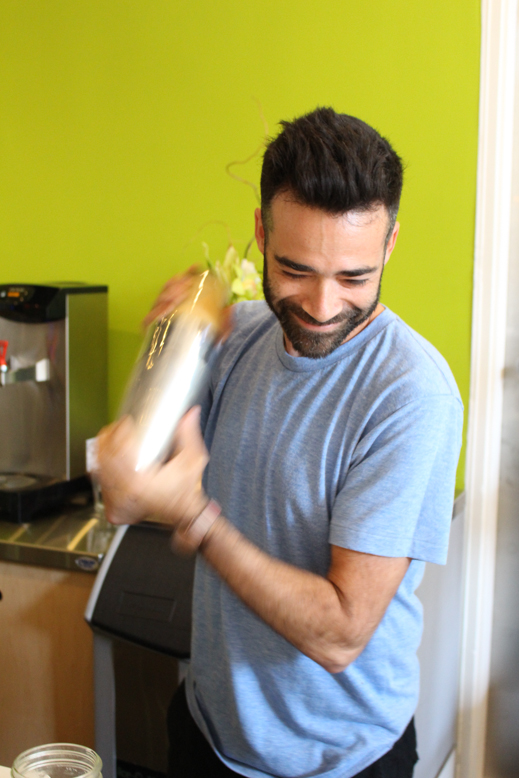 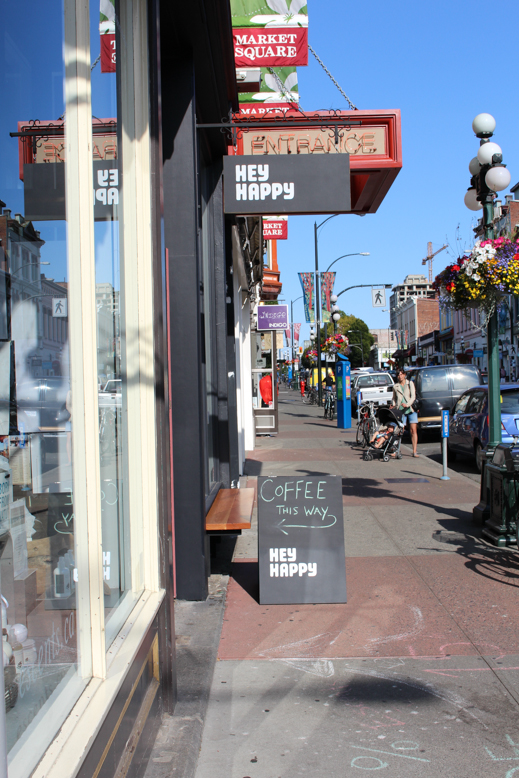 “It’s exciting for me to show people another side of coffee. To be able to offer single-cup service and delicious and approachable drinks using fine coffee as the main ingredient, creating a bridge between coffee and the culinary world,” says Kettner.

“For those afraid of the coffee purity, we want to offer something delicious,” says Kettner, who’s replaced the bourbon in a mint julep with a shot of espresso. It’s served over hand-crushed ice with mint. The iced latte forgoes regular milk for coconut and almond, lightly blended with simple syrup and espresso (it’s already a staff favourite).

The bottled coffee is another labour of love, brewed in the same single-cup method; flash chilled, and then bottled onsite. 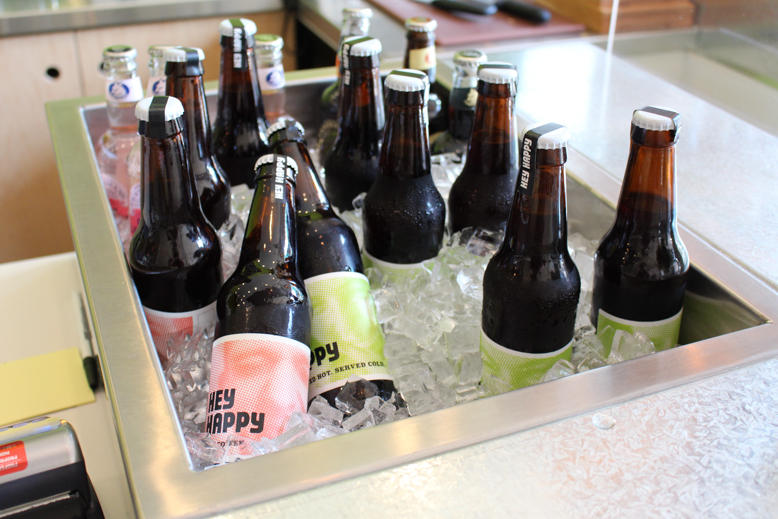 Even with the intricate brewing processes, Hey Happy dedicates their time to the overall experience. Whereas the typical coffee shop requires customers to line up, Hey Happy’s long coffee bar invites everyone to gather around. “We’re like bartenders back there,” says Kettner, “We come to you.”

“We’re not here to voluntarily educate people. We’re just here to give them wonderful coffee,” adds Kettner, who routinely blasts Michael Jackson and disco music while working. Communal seats, laptop and USB charging stations, and a selection of treats from local bakeries rounds out the atmosphere.

The experience seems to be clicking with customers, who haven’t felt the need to customize their own drinks. “It’s been extremely pleasing. We’ve gone through so little cream and sugar. A very willing and trusting crowd,” notes Kettner.

With future plans that include an expanded menu in collaboration with Relish and a new coffee cocktail every season, lower Johnson Street is about to become Victoria’s caffeine hub. 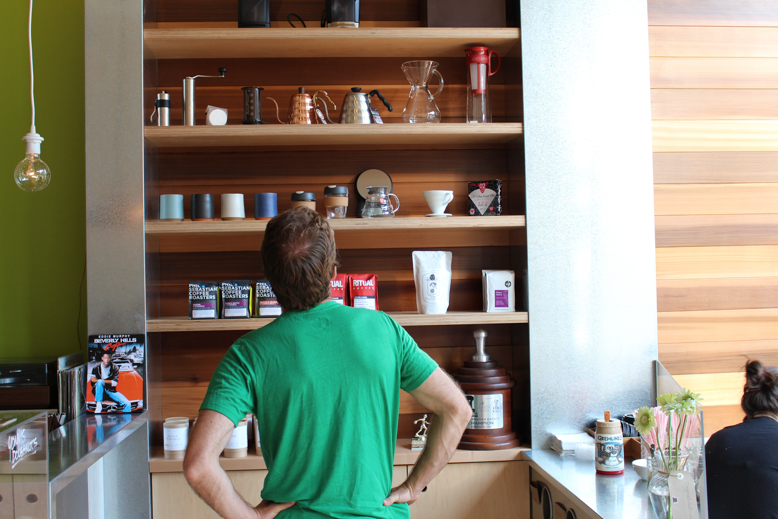