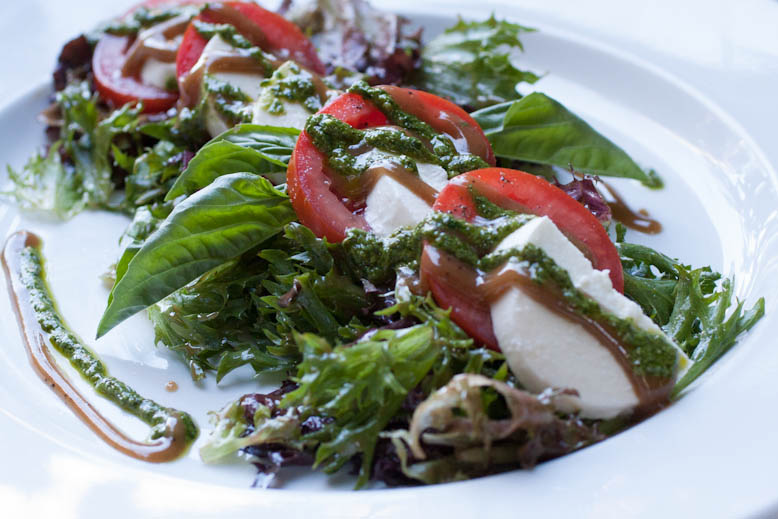 On the corner of Superior and St. Lawrence stands a sturdy, squat brick building with gray trim. Originally commissioned as the Connaught Seaman’s Institute, it was a home away from home for sailors where they could stay overnight in comfort and avoid the loneliness brought on by homesickness. This year, 106 Superior Street celebrates its hundredth birthday and welcomes a new tenant — one that promises to uphold those same values of community and compassion: Il Covo Trattoria.

Though they’re nowhere near the age of the building their restaurant now inhabits, Italo and Charmaine Porcella also have a long history in Victoria. Before coffee was a pop culture buzzword, Italo used to run a coffeeshop where the Starbucks now lives beside the Eddie Bauer on Government Street. After that, it was the well-loved Paradiso Di Stelle in Bastion Square.

But after fifteen years of espresso and lunch, the pair wanted a change of pace. “We were looking out in Sidney actually, because we live out there,” said Charmaine. “Years ago we came here when Lisa owned it and I fell in love with it then, and we just found out it was for sale and took the opportunity. It was a very serendipitous thing I feel.” 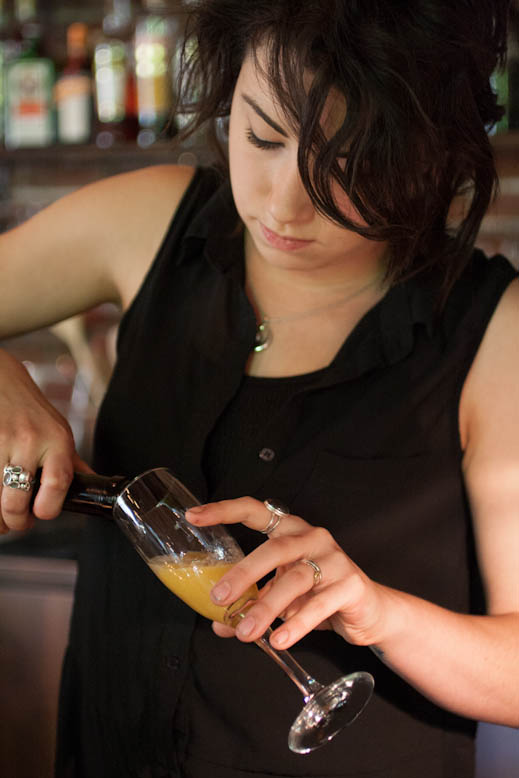 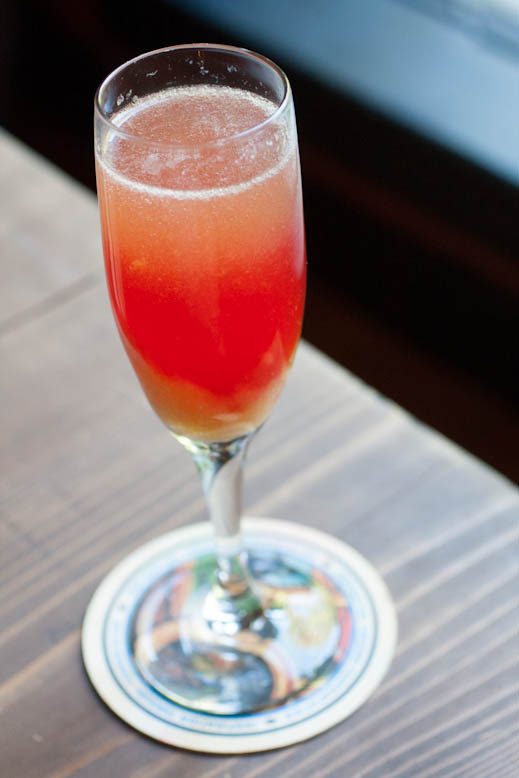 Lisa Boehme’s restaurant, The Superior, had hosted a special memory for me; it was the place I’d first seen Forestry (A band from Victoria B.C.) play live. I remembered the many interior walls and dark décor that gave it a small, tight-knit vibe, and I remembered eating one of the best grilled cheese sandwiches in my life as I watched Blake, Peter, Danny and Talia play songs I would learn when I later joined the band.

As I walked into Il Covo a few weeks ago, I was blown away by the transformation. Without touching any of the original heritage structure, Charmaine and Italo have created a wide-open dining room that glows with windowlight and highlights the gable roof added to the building by the Unitarian Church in 1977. Gone even are the black-painted floors, which have been painstakingly scraped clean to reveal the beautiful hardwood underneath. And outside the restaurant, there’s a beautiful Tuscan-inspired patio garden for dining al fresco.

The room itself is worth a visit — but while you’re there, it would be a shame not to experience the warm neighbourhood restaurant that the Porcellas have built. “In Italy you have your restaurantes, your austerias and your trattorias,” said Charmaine. “Restaurante is fine dining, austeria is very casual, and every neighbourhood has their own trattoria. It’s casual, family-run home cooking, and that’s what Italo and I wanted to provide.”

Il Covo’s menu showcases the Northern Italian food that both Italo and Executive Chef Cesare Trani grew up on, from squid-ink pasta to Italo’s mother’s recipe for agnolotti in walnut cream sauce. And it’s all made with local Victoria ingredients, too. “All the seafood is all fresh, all the vegetables are local,” said Charmaine. “Fresh blackberries, fresh raspberries, whatever’s in season. I love to support and just eat the local farmers’ food, I mean, who doesn’t? And living out in Sidney it’s all around us.” 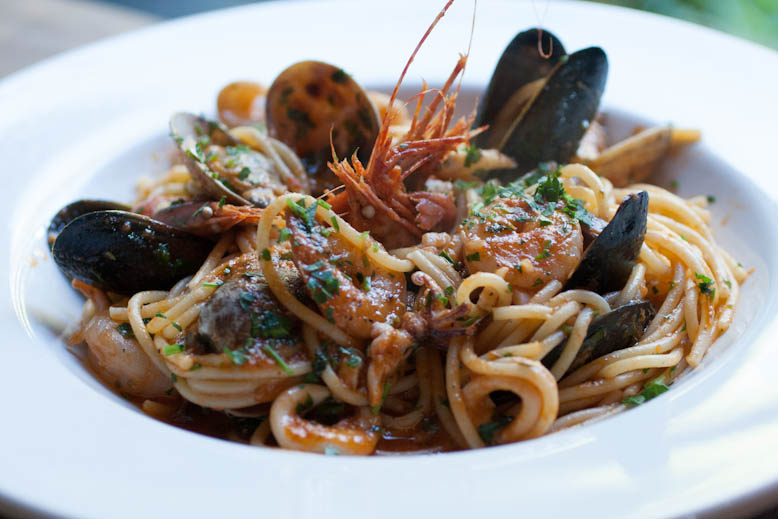 For the intrepid, there are plenty of delicious seafood dishes you may not have heard of before — and for the purists (or the simply cagey), Wednesday nights feature good old spaghetti and meatballs. Everything I tried — and there was a lot — was delicious, from the visually stunning appetizer plate, to the modern spin on caprese salad (featuring basil dressing in lieu of leaves), to the mountains of fresh seafood in the Spaghetti Allo Scoglio.

Reviews of new restaurants are often harsh, but Il Covo is an exception. The James Bay community has welcomed the Porcellas and their staff with open arms and left plenty of positive comments, whether online or in person. “A lot of customers come in and they’ll say to us, you know we had a great time, or our food was good, and I’ll say well that’s good you know, I’m happy to hear that. We’ve only been here for two months,” says Charmaine. “And they’ll go, “No, seriously? It feels like you guys have been here for years! We feel very thankful for the support we’ve received from tourists and locals, we’ve just been overwhelmed.” 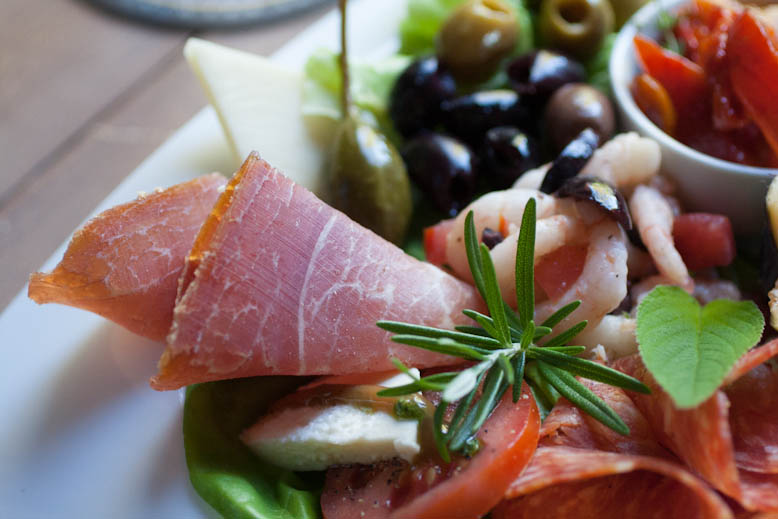 Over the next few months, James Bay residents can expect even more surprises from Il Covo. The duo are planning to roll out lots of new changes, from new specials and changes to the core menu, to live blues and jazz music, to “Italian Night” set menus and even a rumoured Halloween bash. They recently made a showing at the FarmFolk CityFolk Feast of Fields event, and will also be a part of Art of the Cocktail.

For the Porcellas, Il Covo is not just an investment, but a calling to the James Bay community. “Italo asked me one night a couple weeks ago or so, we’re tired and exhausted, it’s late, and he goes, are you having fun? And you know I’m thinking, well a beach and a lie in would be nice, but yeah I am, what about you? And he said I’m having so much fun. And that’s what it’s all about at the end of the day; if you really love what you do and enjoy it, it reflects in the service you provide to people, from the food to your staff.”

We’re sitting in the Public Market at the Hudson with sandwiches from Ravenstone Farms. Mid-sandwich, Kevin Ehman tells me why they chose the ...
Read More