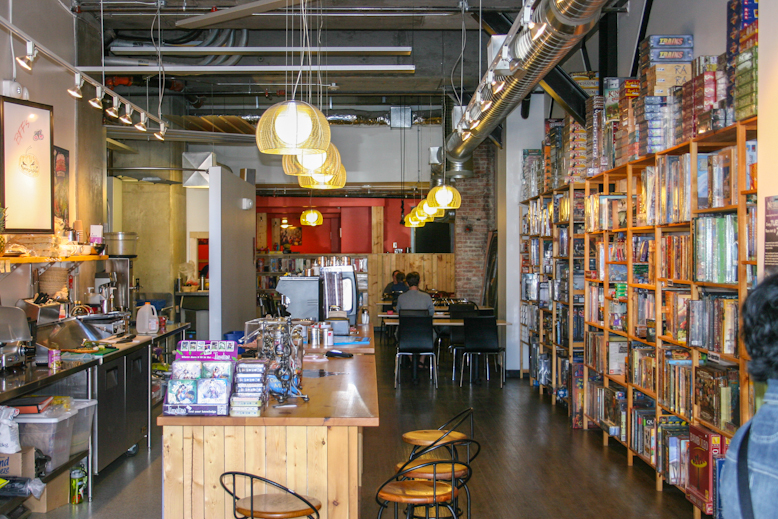 For a long time I was mired in the sense I had of board games from my childhood—the fury that welled up in me every time I was humiliated at the Monopoly table, for example. Or perhaps I never got past the hazy and thrash infused marathons of Dungeons & Dragons we held as teenagers in each other’s wood-paneled suburban basements. There were times, anyhow, when board games meant a lot to me. I’d been hearing of the renaissance of the board game here and there over the last few years, hearing about people having game nights, but not much paying attention. A visit to the Interactivity Board Game Café (723 Yates) last week, however, made me wonder if I ought to change my mind.

I went in to visit with Bill and Jack, the co-owners of the establishment, to ask them why their business was gathering such attention. The café seats 90 people. One wall is entirely devoted to different board games for sale. At the back are 600 games that patrons can take out and test. It costs $5 for adults to linger and play all the games they like, and only $2.50 for children. The advantage, Jack explains, is that this system allows people to decide if they honestly like a game before they commit to the price of purchasing the game. The currently popular Rampage, Ticket to Ride, and Settlers of Catan are all represented, along with other new and often obscure titles.

I ask them what it is that is causing this resurgence in board game playing, and what specifically is causing people to leave their living rooms and come downtown to play board games in a café. Bill explains that it is not only the variety but the sense of community and of having a night out that matters. This is, he reminds me, one of the few places in Victoria that people can go in the evening that isn’t a club or a bar; people can bring their kids, have coffee, or have a Panini. Interactivity is reaching out to an entirely underrepresented market in the city. 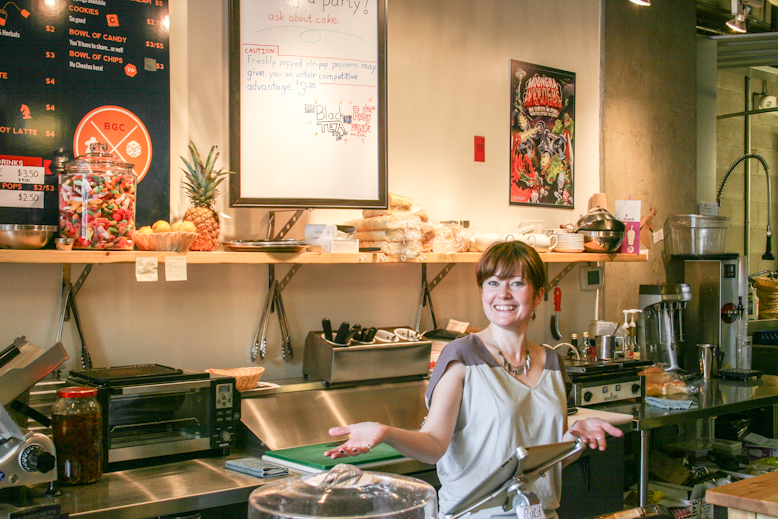 In addition, they proudly tell me that they produce their own ice cream in the café (it is good ice cream, too) and, accordingly, make their own milkshakes, as well. I sit down and bother the patrons and they give me their stories as well. One woman explains that she loves to play games, but that her apartment is small and messy. The café allows her a venue to be out with friends while doing something that was for so very long considered a strictly domestic activity. Many patrons highlight the pleasure in variety; being able to try many games in a single night is a huge draw. Others like that the owners are willing to come by and explain the rules and strategies of the games to people who need a hint. 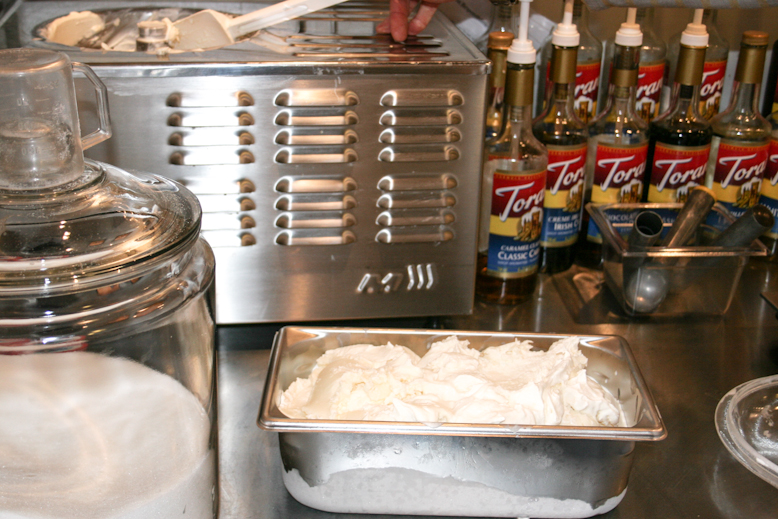 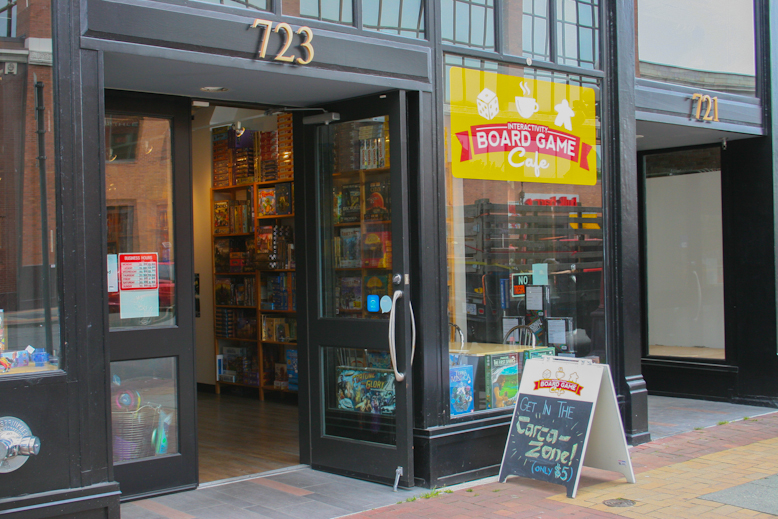 Interactivity is particular, too, about the clients they try to attract. There is no WiFi connection in the café, so the people who visit come simply to play games and be surrounded by other people playing games. As I mentioned, this world is new to me, but I am contemplating the idea of taking a date here just to see what happens.

With Phase 2 beginning, restaurants and patios, tasting rooms and coffee shops are reopening. This is an ongoing process, with many changes, so we ...
Read More
Home stretch! Final weekend of the whirlwind of wining and dining. Though a lot of my week was spent in trade and industry events, the weekend was ...
Read More