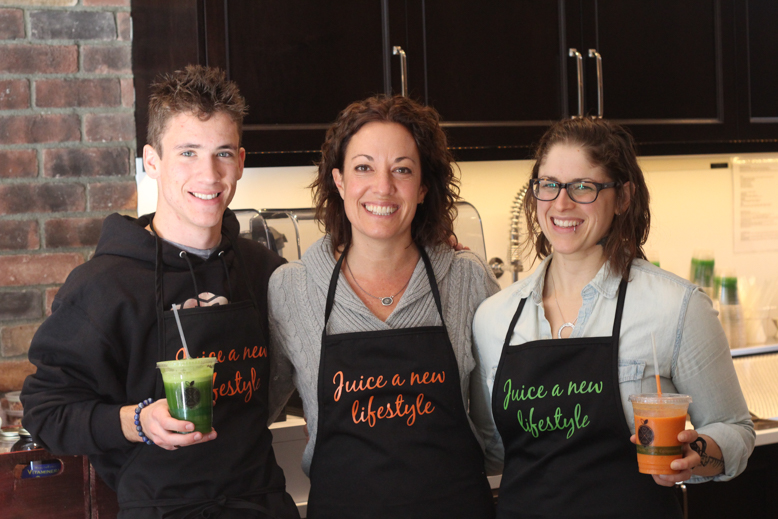 “When you juice, you’re looking for the life force in the juice.”

Amanda-Lee Chesley says this with a straight face. It’s an ambitious statement for the newly minted director of operations at Jusu Bar, a juice company whose first location opened mid-November in Cadboro Bay. There are three reasons why Jusu’s quest to find a juice’s life force is ambitious. For starters, Jusu plans to open two additional Victoria locations by March 2015— potentially risky for a brick and mortar shop open less than a month. The second is the price and lifestyle associated with daily visits to a juice bar. A centrifugal juice (more on that, I promise) sets one back $9 and the cold pressed variety goes for $10. Educating customers on the health benefits of juice rounds out the equation. 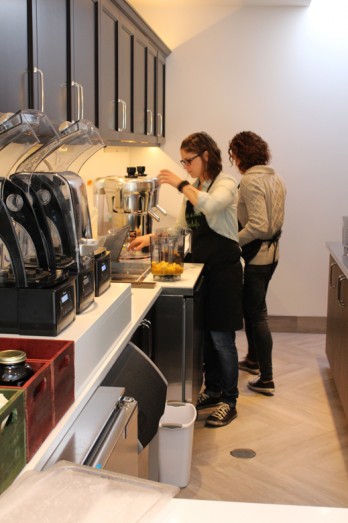 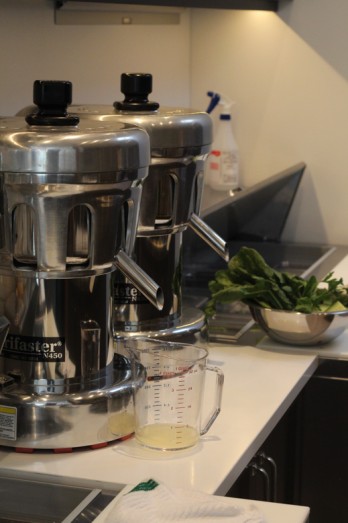 A tall order for a new business that treats the word juice as both a noun and a verb. To juice is not just a trend for Chesley and the Jusu team, it’s a brand with potential for massive growth. For this reason, I can’t help but compare Jusu Bar to a startup.

Expansion plans have already been discussed. “It’s the beginnings of a franchise,” says Chesley, noting Jusu has goals to eventually move across the country. A recognizable brand image was established— including logo, iPhone app and social media channels active well before the first day of business— and Creative Spaciz designed the interior of the store. Jusu Bar also has a passionate origin story, vital for any new startup. Originally from Calgary, owner Bruce Mullen moved to Cadboro Bay almost six years ago.

Then his wife Charlene was diagnosed with breast cancer. “I started working for them and juicing everyday, trying to get her healthy. She passed away 10 months later,” says Joelle Fiorito, Mullen’s executive assistant. “In part, he’s doing this for her. He wants to change the health of the world.” Divided into four main offerings — almond mylks ($10), centrifugal juices ($9/$10), smoothies ($8/$9), and acai bowls ($12) — the menu draws on Chesley’s experience as a chef, including stints at Be Love, Lady Marmalade and five years at Stage Wine Bar. The double jointer almond mylk combines almonds, dates, cardamom and vanilla with turmeric for a Jusu take on golden milk, with chai-like flavours. 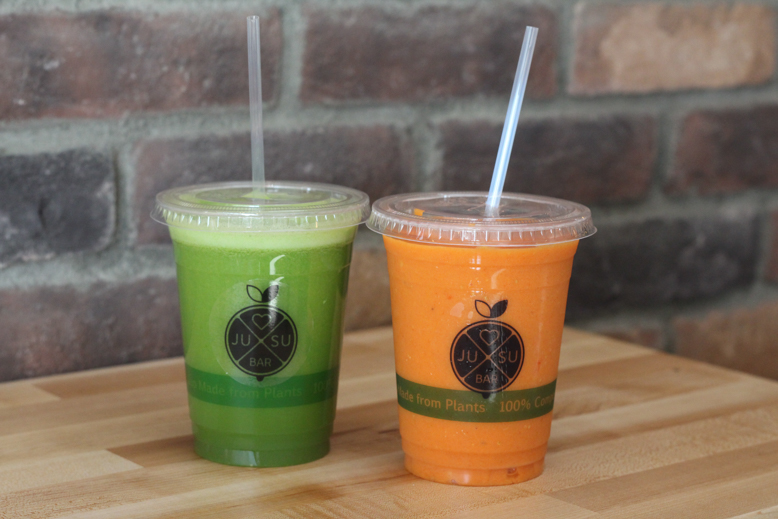 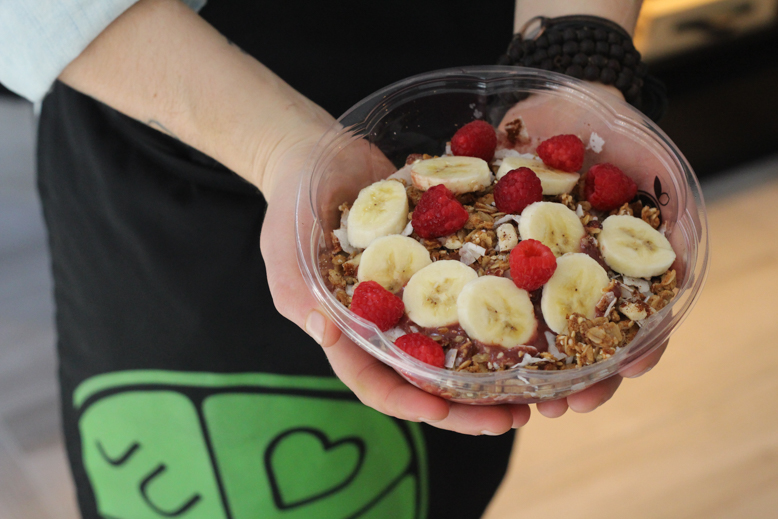 A bottled cold pressed juice line is also in the works. Jusu’s upcoming Fisgard Street store will act as the production and bottling centre for all three locations. The other storefront will be at the corner of Oak Bay and Foul Bay Road. “It’s not quite off the ground yet. Cold pressed juice is a high-risk product because it’s unpasteurized, but it’s the most high quality juice you could drink,” says Chesley. Unlike centrifugal juices, where nutrients deplete in two hours, cold pressed juice has a shelf life of 72 hours. Whereas centrifugal juice is a product of a fast-spinning metal blade separating juice from pulp, cold pressed juice is a two-step process. “The first step is grinding and the second step is pressing. Our machine is 3.5 feet by 5.5 feet by 5 feet tall. Definitely not a made to order product,” says Chesley. One, two and three-day cleanse packages will also be for sale. Both Chesley and Fiorito believe in Jusu’s premium product. “We are 100% organic so that’s what I talk about when I talk about the price point. The reality of juicing non-organic produce is that you’re just concentrating all the pesticides and putting them into your body. We feel really strongly that organic is the only way to go and thus the price point has to be higher,” says Chesley. As someone who wants to embrace the juicing life, I’ll be watching Jusu’s progress closely. I’m inspired by their fearless leap into the restaurant business. Take a sip for yourself, the life force is waiting. 2560B Sinclair Road Website Facebook Twitter Instagram

The article on L’Apéro in the May|June issue should have stated Chef Andrea Maiolo staged at The Courtney Room and Zambri’s and that he held the ...
Read More
May|June issue on the stands. Read ...
Read More
If I may speak with candor, I’d like to note that it’s pretty damn near impossible to find a well made, high quality, lovingly tended California ...
Read More