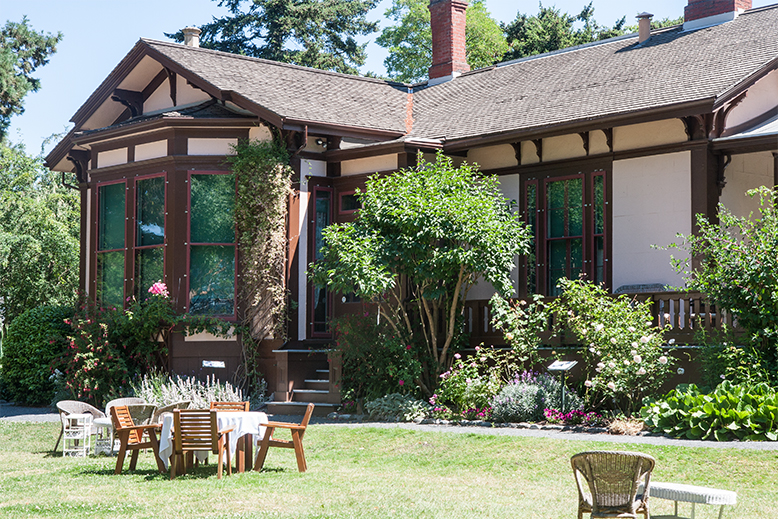 Picture the Bay Street Bridge. What do you see? A wrecking yard, the concrete plant, some condos across the water. What if I told you that right next door is a 150-year-old piece of Canadian history, where in the midst of Rock Bay, you can eat fish cakes for lunch?

Pass the three gates on Pleasant Street and turn left onto the grounds of the Point Ellice House, across the street from a massive steel scrapyard. A small parking lot and visitor centre obscure the home itself until you pass through the gate into the gardens, where roses, herbs and other heritage plants flourish. The sound of glass shards crashing into a hopper fades, replaced by the clinking of teacups and the fluttering of butterflies.

Gold Commissioner and BC judge Peter O’Reilly moved into the Point Ellice house in 1867 along with his wife, Caroline née Trutch, sister of the province’s first lieutenant governor. Over 100 years later, O’Reilly’s grandson John sold the house and everything in it to the province of British Columbia, where it became a National Heritage Site.

The house alone is worth a visit as a fascinating example of Victorian-era middle-class living, complete with a full set of china, restored rooms and furniture, and Downton Abbey-esque servant bells. The heritage house has offered it by appointment for near on 40 years. But with recent cutbacks to heritage branch funding, the Point Ellice House has taken on a new project: serving breakfast and lunch to its patrons five days a week.

“It’s like two months old,” says Leah Weiss, manager at the Visitor Centre. “Pretty much the government wanted us to be more self-sufficient, we had to think of a way to make more money and so they did an assessment of what they could do and decided to turn the visitor centre into a restaurant. So far it’s done really well.” 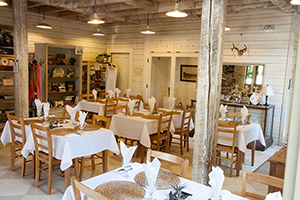 The restaurant, O’Reillys’, is situated in the Visitor Centre, which was built in the ‘90s in the style of the original barn. Chef Mike Beatty and his crew operate out of the old carriage house next door, a big change from the kitchen at his former job. “When I was at the Beach House we did the food for the tea here and it was transported over,” says Mike. “We had a philanthropical contract with the historical perseveration society here so we pro bono’d all the food for them, but it was a big thing for us to do because we were so busy.” 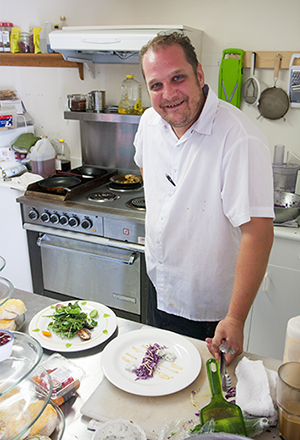 Since taking on his new job at O’Reillys’, Mike has brought all the prep in-house, upped the quality and begun incorporating fresh ingredients grown right on the grounds. “We’ve got six varieties of lettuce, all my herbs I get from the garden, new potatoes… I’ve got squash coming up, strawberries… Everything that we can make in house we do,” says Mike. “The menu, I would say that it’s eclectic. It’s got a little of everything for everybody, the quality of the food is really good and the prices are relatively affordable.”

For now, Mike is cooking on a commercial electric stove, but given the restaurant’s success so far there are plans are in the works for an expansion. “At the end of the season this year there’s some beams in the foundation that need to be replaced, so once that happens we’ll expand the kitchen and hopefully put in to get gas and propane and some new equipment.” Though it’s a lot less stressful than the Beach House, and Mike’s enjoying spending time with his kids again, the kitchen is very cramped and very hot. Thankfully, the grounds are only steps away. “It’s a labour of love, that’s for sure,” he says, “but having the garden around makes that all the more so. As stressful as it gets in there, I kind of just walk out and say, this is why I’m here.” 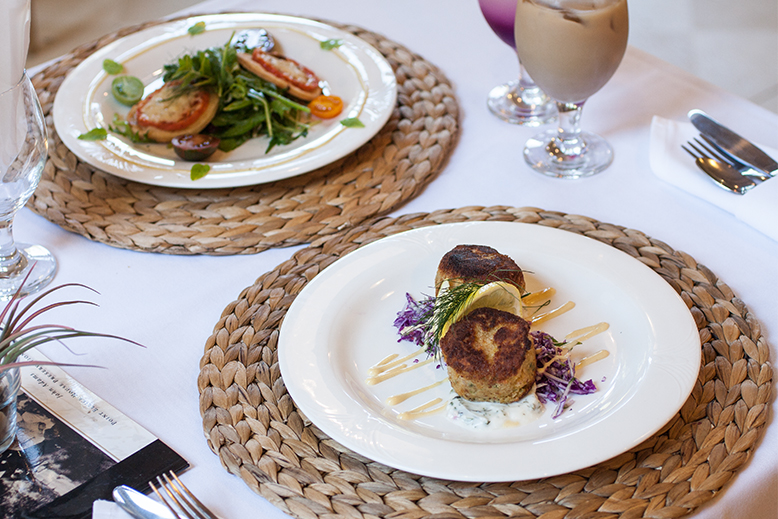 * High Tea is still served from 11 AM to 2:30 PM from Thursday through Monday upon reservation. 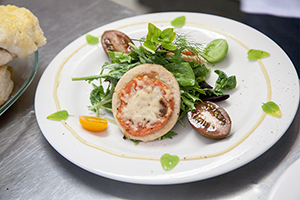 Superflux Cabana has opened upstairs at 804 Broughton St (the former location of The Livet). Featuring lots of Superflux beer and a menu that ...
Read More
January|February issue is on the stands! Pick up a copy, or read the digital version. Read ...
Read More
VICTORIA You probably haven’t heard of the new drink, Rumble, yet, but it’s creating quite the buzz around town among many athletes ...
Read More