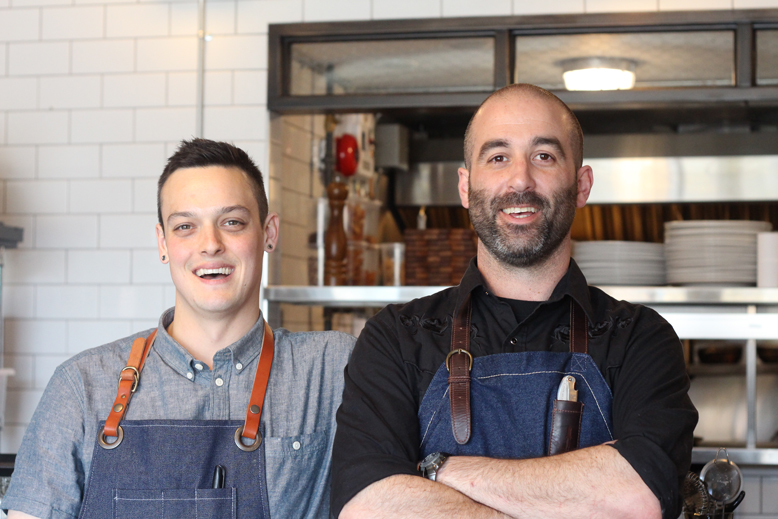 Where in Victoria would you go for breakfast that you’d also go for dinner? That’s the question Chris Jones and Josh Goyert asked themselves when opening The Ruby — the diner-inspired restaurant at the Hotel Zed.

Jones asked me the same question and I drew a blank. Yes, there are many restaurants in Victoria that offer menus spanning all three meals, but these are generally chains or other hotel operations. The Ruby saw the need for a local equivalent.

One way Jones and Goyert are making their 8 a.m. to 9 p.m. model succeed is a kitchen and menu designed around one main protein—rotisserie chicken. Poultry-lovers rejoice; The Ruby also serves duck.

“Everything on the menu, except for a few items, is a derivative of rotisserie chicken. Let’s do poultry and do it really, really well,” says Jones. Tacos, sandwiches, poutine, and waffles all get the bird treatment.

Getting a chicken to service takes three days, which includes brining, air-drying, and a signature rub. (It’s not quite a secret, but Jones did let slip it combines brown sugar and smoked paprika.) 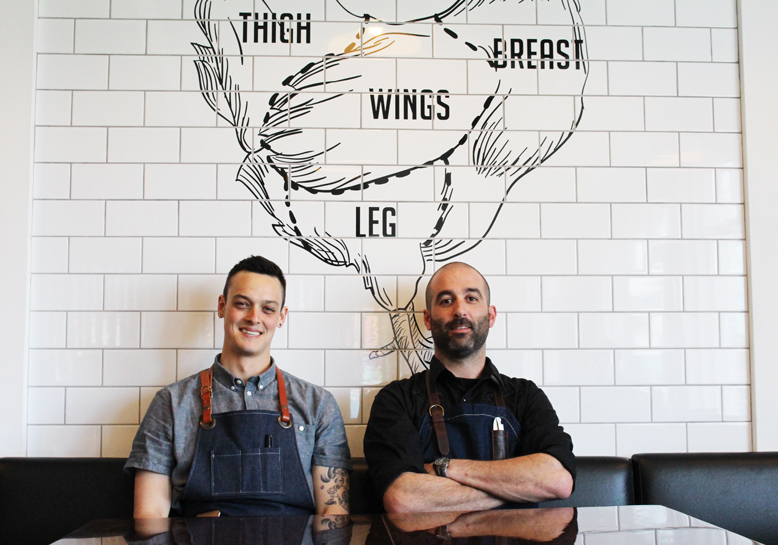 While The Ruby functions like a diner, the small details suggest a French influence. Sides such as fries with aioli, ratatouille, and green beans with shallots are standard options.

Jones notes his background in fine dining (Little Jumbo, Inn at Laurel Point) guided many decisions, including the bar offerings. “I think in Victoria, unfortunately, we’ve been deprived of happy hour. So what does everyone do? Put on draft beer for $5. Instead of that route, we have proper drinks,” says Jones. At The Ruby, cocktails will run you $6. 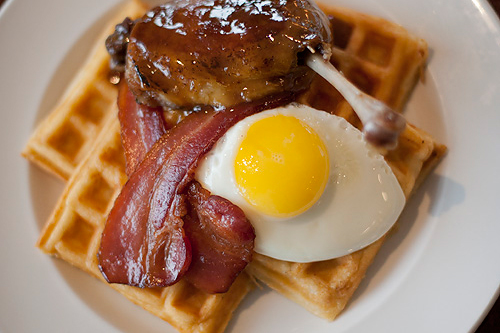 It’s a fresh concept for an area of Victoria overrun with fast food and family chain restaurants. Comically, The Ruby shares a parking lot with KFC and Swiss Chalet is only a few blocks down Douglas. But the Hotel Zed thrives on just that—the comical and quirky. “This is a funky, strange environment and we fit into that,” says Jones. 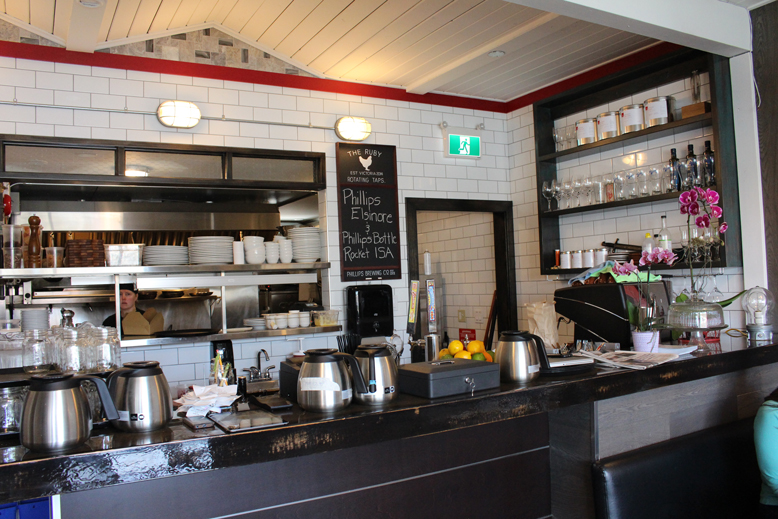 Locals may recognize Jones and Goyert from Rock the Shores. They’re the duo responsible for behind-the-scenes catering. (I’ve heard rumors their food is legendary. Last year they used grow lights to keep the buffet warm.)

Local connections like Rock the Shores play a key role at The Ruby. The only dessert on the menu comes from Yonnis Doughnuts. Coffee is from Discovery, bread from Casanova Bakery, and bacon from the Red Barn.

Both Jones and Goyert have that cool guy quality, so it came as a nice surprise when I threw them my standard interview question “Where’d the name Ruby originate from?” and received shy stares. At first, Jones didn’t even want to answer. No, it’s not embarrassing. Ruby’s his chocolate Labrador. Don’t worry; he got back on track mentioning the robust record collection.

Plans for a second location have already been discussed. It appears Victoria’s desire for breakfast, lunch, and dinner has been met.

Egg picture from Rebecca Wellman, all other photos by Kaitlyn Rosenburg.

The stars aligned on my salad plate this week. Silky spinach, fresh from Sea Bluff farm, made a bed for pearl barley cooked in homemade chicken ...
Read More