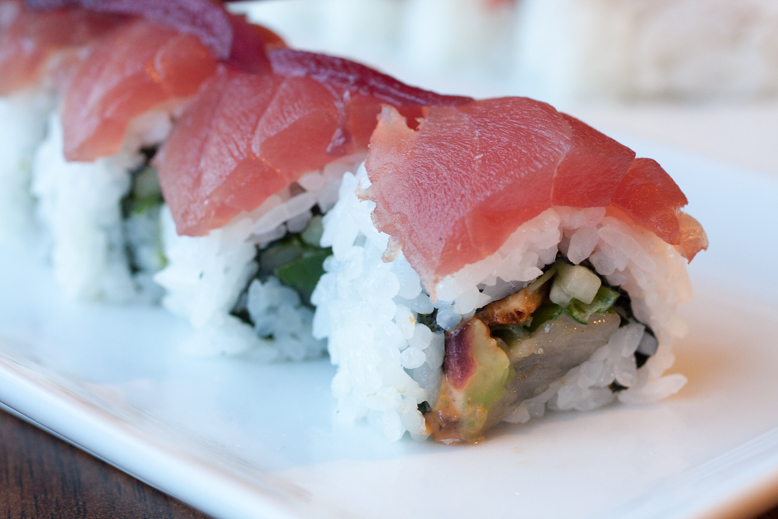 Garlic and jalapeno are not typical sushi ingredients, but Cook Street Village is not a typical neighbourhood, and Takashi Hiraoka is not a typical sushi chef. “I’m a little bit of a different type than the Japanese character,” he says with a laugh. “People would always say, ‘you are a totally different guy! You’re not supposed to stay in Japan!’ And even I realized that.” 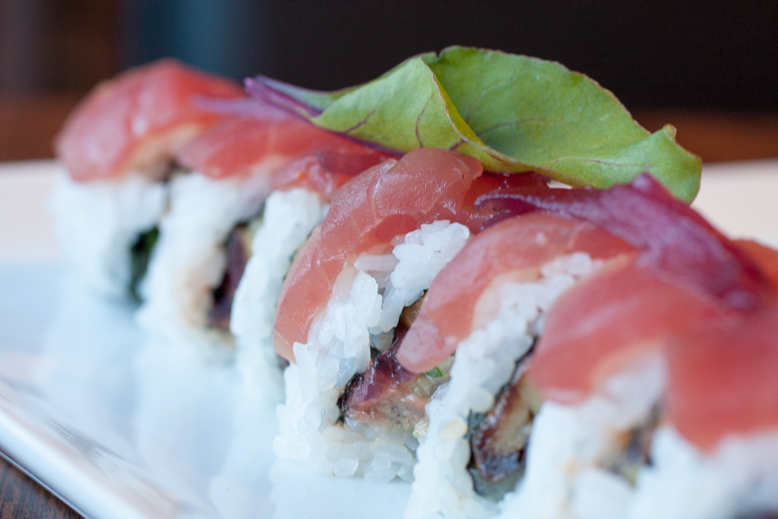 Takeshi moved to Canada from Japan two decades ago and opened a restaurant in Kamloops, spending seven years expanding it into a food kiosk and catering business before coming to Victoria. In the early 2000s he opened Ahn Japanese Fusion at 1008 Blanshard Street, which burger heads will recognize as the current location of the Pink Bicycle.

“At that time fusion was a little bit too early,” he says of the now-defunct Ahn. “So many customers asked me what fusion means.” After that, Takashi left entrepreneurship to work in larger kitchens in Las Vegas and at Brentwood Bay Resort as the sushi chef before coming back to Victoria to work at Blighty’s Bistro. Several years and several kids later, he’s back in business with his wife, bringing their unconventional Japanese cuisine to Cook Street. Takashi did all the renovations himself, turning the former Qoola location into a contemporary West Coast space with Japanese touches like temple-style wood panels.

The Next Great Thing to Hit Cook Street Village

“I want customers to enjoy a little bit different Japanese,” says Takashi. “You can see most restaurants their menus are the same, but I don’t want to do that. I don’t want to be too safe.” Online reviews are already highlighting his unique rolls, particularly the Roasted Garlic with Ahi Tuna. “When I was working at Bear Mountain as a sushi chef I had this idea, it was very popular so I adjusted it a little bit and brought it here again.”

In Japan, Takeshi was trained in French cuisine, which accounts for the garlic, as well as another interesting fusion dish. The Next’s Seafood Chowder is made with sake kasu, the lees left behind by rice wine production. These are often made into a Japanese soup called kasu-jiru, but in this case Takashi has blended them with a traditional chowder recipe. “Still a little bit sake flavour,” says Takashi. “People try it and like it, they can see how different it is even with the East Coast whipping cream style.” 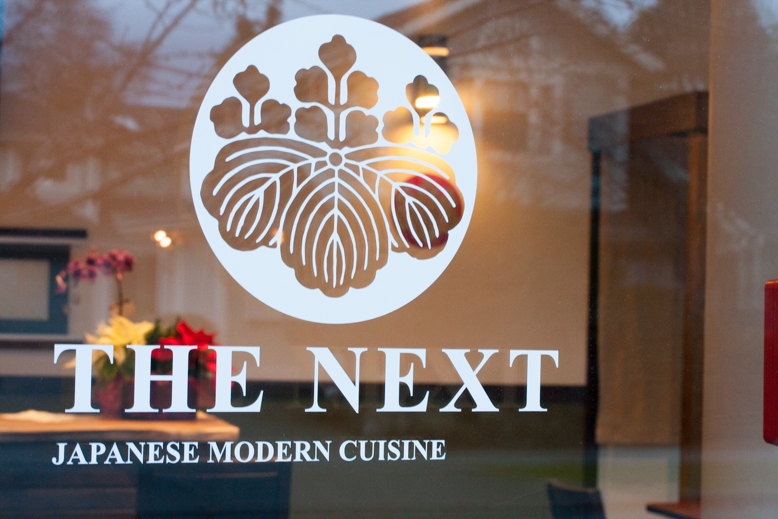 Takashi is also experimenting with more modern sushi styles like aburi, where the top of a piece of sushi is seared with a torch. Takashi particularly focuses on the quality of his ingredients, offering real rock crab instead of kamaboko (imitation crab meat) and serving larger pieces of nigiri rather than keeping leftovers and letting them get stale. It’s all part of The Next’s philosophy, which focuses on renewal and discovery, whether for Takashi’s patrons, restaurant, or family.

“Every Canadian that has been to Japan, or local Japanese people, they know they can’t find the exact Japanese taste or flavour in restaurants here. That’s fine for us — even Vancouver, big city New York, people are coming for more light, modern flavours,” he says. “The Next stands for next step, next step for the neighbourhood, next step for us, modern, contemporary. Many people ask us why The Next! Haha.” 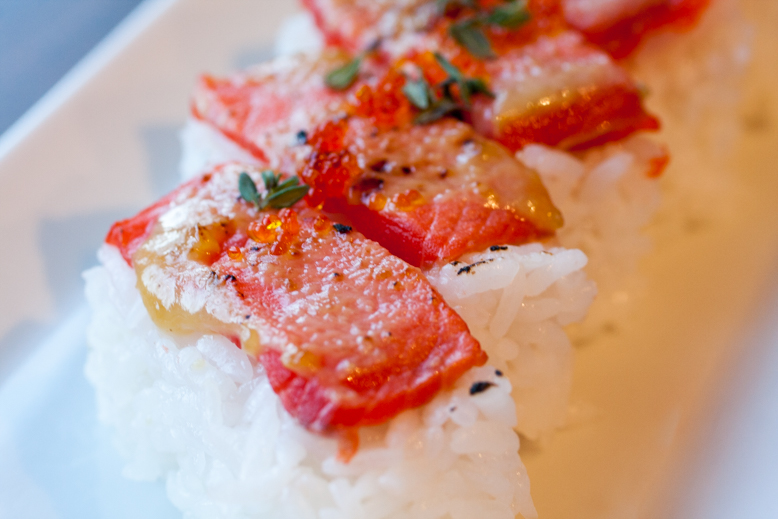 Takashi might suggest that he’s an atypical Japanese guy, but the principles of professionalism and craft are still a big part of Takashi’s approach to cooking. For him, as long as the business is running, showing people something new to enjoy is what drives him, and apparently the village has been pretty gung-ho so far. “So many people now are happy, even in only one month we are now quite busy and already have repeat customers,” he says. “And they bring their friends, so they can see the difference!”

With Phase 2 beginning, restaurants and patios, tasting rooms and coffee shops are reopening. This is an ongoing process, with many changes, so we ...
Read More
DRINK editor Treve Ring asks local wine experts how they would approach pairing dishes and flavours. For this holiday edition, we’ve tasked them to ...
Read More