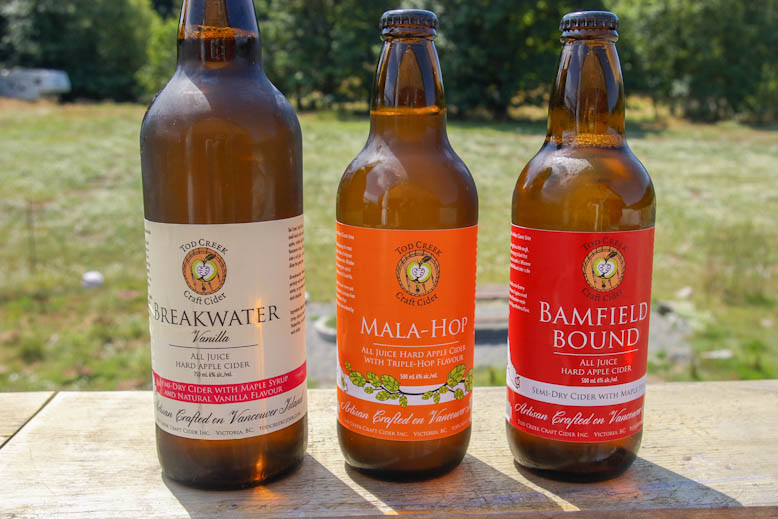 As craft beer continues its upswing in sales, small batch cider makers are gaining respect in the Pacific Northwest market. While more consumers are looking for gluten free alternatives to beer, cider drinking is becoming the next best thing.

Now Vancouver Island can welcome its newest (and third) cidery, Tod Creek Craft Cider. Owner and cider maker, Chris Schmidt held his grand opening to celebrate the launch of Tod Creek a locally made handcrafted cider. Schmidt purchased his farm and orchard near Prospect Lake in 2008. For five years he focused on restoring the land and its surrounding buildings before embarking on his cider venture. The property was a working dairy farm from the 1950-1970’s. Schmidt took the original milk barn and converted it into the home of what is now Tod Creek Cider. See before and after pictures here. 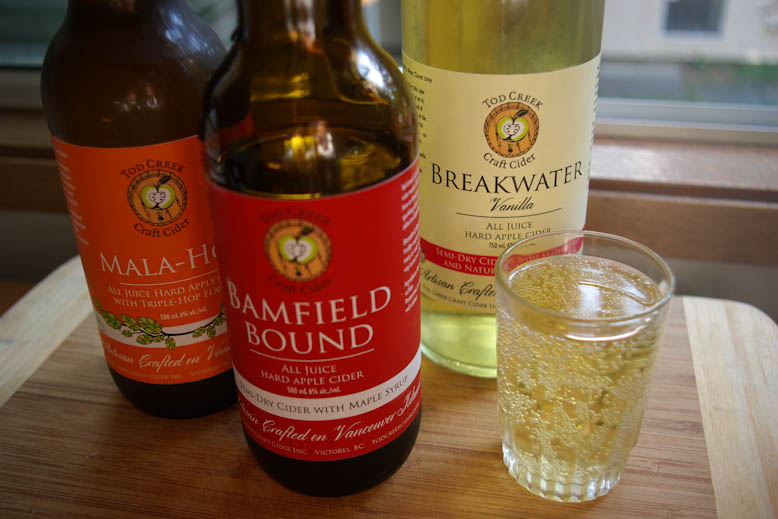 Once renovations were complete, Schmidt began making his all-apple cider in 2012. The end result is a clean, crisp, dry beverage with subtle floral notes and hints of citrus. Currently Tod Creek is producing three varieties: Prospect Dry (a base cider), Bamfield Bound (sweetened with a touch of maple syrup), Mala-Hop (infused with triple hops and maple syrup), and Breakwater (Vanilla with a champagne-style bubble).

At the moment, Schmidt sources his apples from Vancouver Island and the Okanagan Valley orchards. While he has over 2400 trees set to be planted on the property in December, dwarf varieties will include Dabinette, Bulmers Norman, Michelin and Kingston Black.

On a tour of the facility, Schmidt’s face lights up when he shows me the massive apple-press he built. 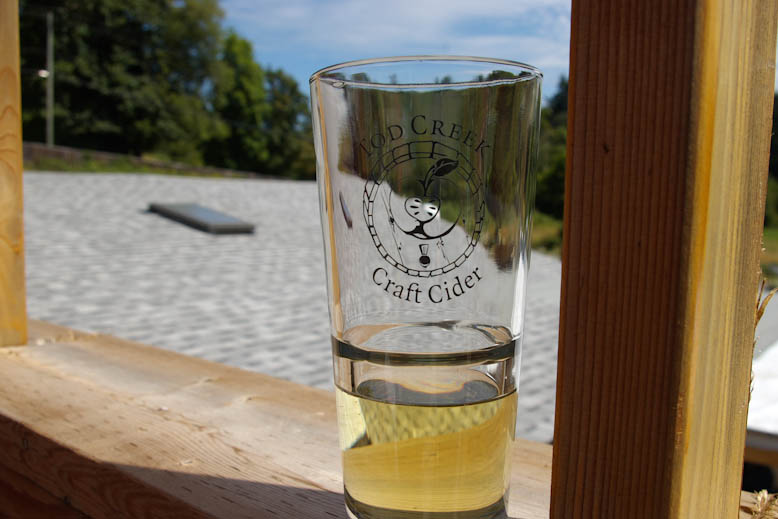 From here he shows me where the juice ferments (for up to four months) in traditional, hand-crafted fashion. The cider is then course filtered (while the Mala-Hop isn’t filtered at all) to allow for maximum flavours to float through.

The response from his buyers has been a success so far; with only 3000 liters left, until December when the next batch will be ready, you’d better stock up now.

“That’s small-batch, craft cider” admits Schmidt. “When it runs out, it runs out!”

I suppose that’s the essence of quality versus quantity right there. Though, for a one man show, he’ll have some 15,000 litres to unload soon enough.

In the spring of 2015, Tod Creek Cidery plans to open their tasting room for the public to enjoy farm-fresh cider. For now, there is the onsite store open for purchasing:

Hours: Saturday 12pm to 4pm and Sunday 12 pm to 4pm, as well as the online store. Look for Tod Creek Cider at the following store locations in Victoria, BC:

Where to get Tod Creek Craft Cider