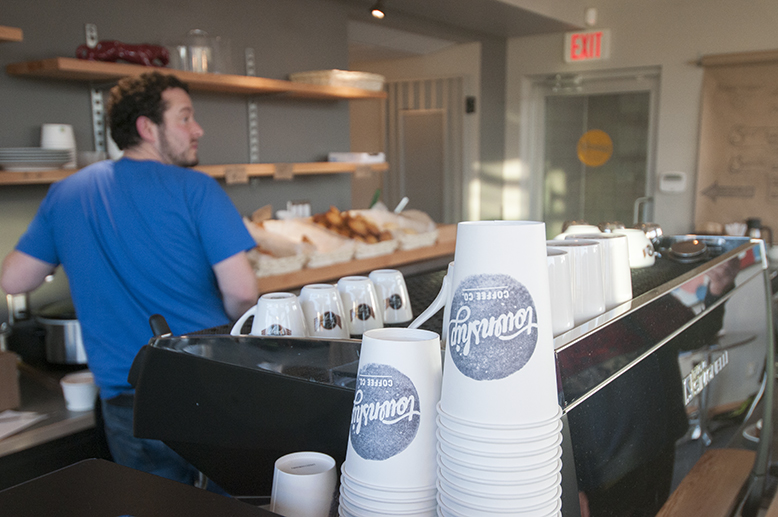 A year ago if you asked Gordon Head residents what they wanted, they would have said “a coffee shop!” Erik Jensen got the message loud and clear, and he opened the first Township Coffee Co. on the corner of Tyndall and San Juan. Erik’s timing couldn’t have been better—the residents of Gordon Head had been writing the city, telling them that they wanted a good, local coffee shop in the neighborhood. The location Erik picked for Township used to be an old air raid siren tower, then later ripped down and a corner store was built. As a kid you would have gone there on your bike to get candy and milk. The corner store had been there around 20 years, but in the last few years was not operational and had become fairly dilapidated. The land was bought by an engineering firm, where they built some townhomes, their offices and a small storefront, which is now Township Coffee Co. 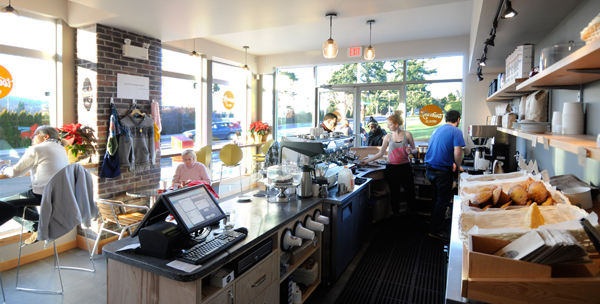 Erik comes from a background in the service industry and, most recently, had worked at Café Fantastico for many years. He felt like it was time to move on and decided to take a trip to Portland. Once there, he got re-energized on caffeine and the idea of coffee. As a result he decided to open his own coffee shop. He took all the best features he found in Portland’s coffee scene and put them into one space. Township Coffee Co. is a community hub—a modern corner store, if you will. It has a large community board where residents can post items and upcoming events. They serve Café Fantastico coffee and sell their beans; they have fabulous teas from Jagasilk; they have breads to buy from Fry’s Red Wheat Bakery; they sell fresh baked goods from Township’s own kitchen; and they also carry Janice Mansfield’s Real Food Made Easy gluten-free baked goods (Janice lives in the area, so everything is very fresh). Township’s chef John Garside makes daily soups and sandwiches in their kitchen— one day the sandwich was spicy capicola and hot peppers on Fry’s Red Wheat bread. 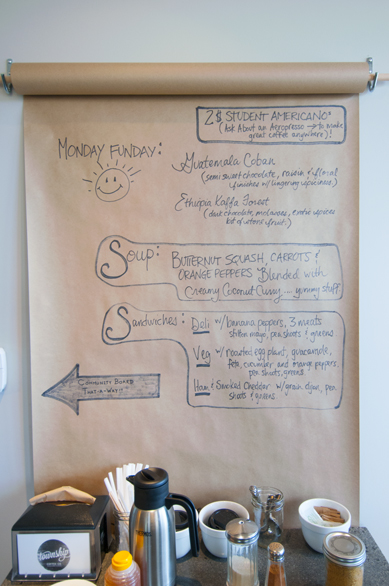 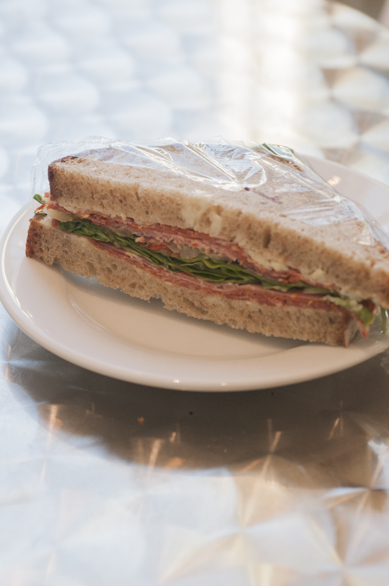 Erik is excited that his shop is becoming such a community hub, especially going into summertime, as the location is so close to the baseball and soccer fields, as well as being right on a major cycling route. Erik has plans to offer coffee classes in the summer at night to build the Gordon Head coffee community, teaching people the differences between single and blended origin coffees, as well as the taste differences (Café Fantastico has up to 16 different varieties of coffee at a time!).

Next time you’re in the area, or if you’re lucky enough to live close by, stop in for a great cup of coffee. Sit in front of the giant windows or, if the weather’s good, sit out on the large patio and enjoy the sun!