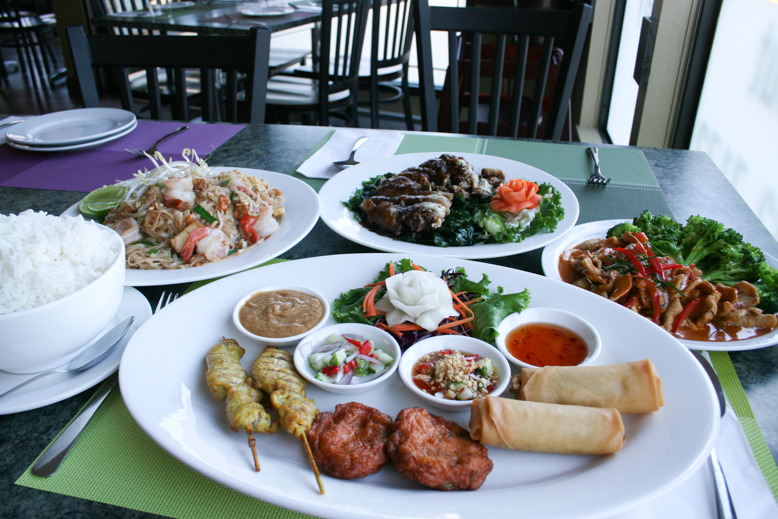 Husband and wife, Sathit and Praneet Chumeechai, met while working as chefs at the Marriott Hotel, first in Bangkok and then later in London, England.  When they finally decided to relocate here to Victoria and set up their own business, they brought 29 years of collective cooking and hospitality service with them.  The Green Elephant has only been open for a couple of months, but it is already collecting a reputation as a special place to eat.

Every day at 2:00pm, the restaurant closes for a couple of hours so that the family can collect themselves and prepare for the dinner service.  I came and sat down for a family meal with Sathit and Praneet, and their daughter, Frong, who helps here and there when she doesn’t have school.  I ask them what makes their food so special and Sathit explains that his dishes are representative of a much more traditional presentation of Thai cooking than one usually finds at Thai restaurants.  Other than the spice level, which is toned down (unless you request otherwise) for Western palates, what you get on your place is much less influenced by hybridization for the North American market. 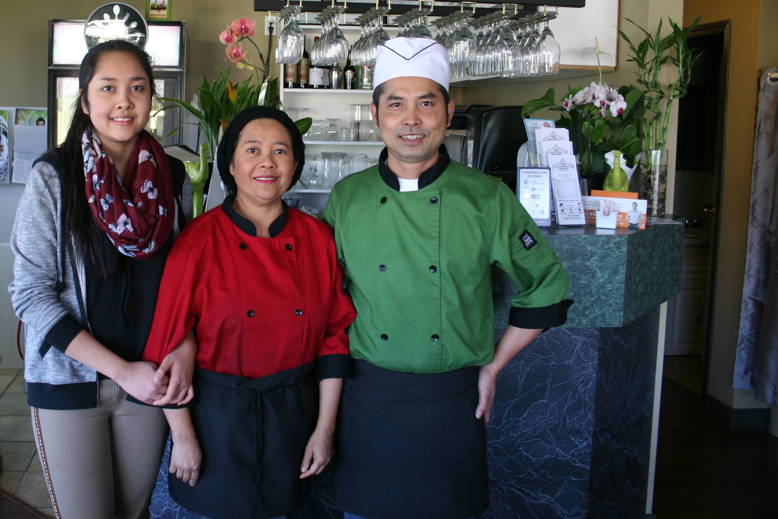 Sathit and Praneet, and their daughter, Frong

I discover other curiosities, too, while I am sharing a delicious lunch at the Green Elephant.  For example, even though I have asked for a pair of chopsticks to eat my meal, I notice that the family is using a fork and spoon in a somewhat unfamiliar manner to cut up their food.  When I enquire about this they tell me that generally Thai people eat with a fork and spoon, using the spoon to break up the food as though it were a kind of knife.  I had no idea.  All these years eating at Thai places, all the Westerners were asking for chopsticks, and the restaurants were providing them.  I find myself mystified.

I want to talk about some of the dishes we ate, because they were all worthy of mention: 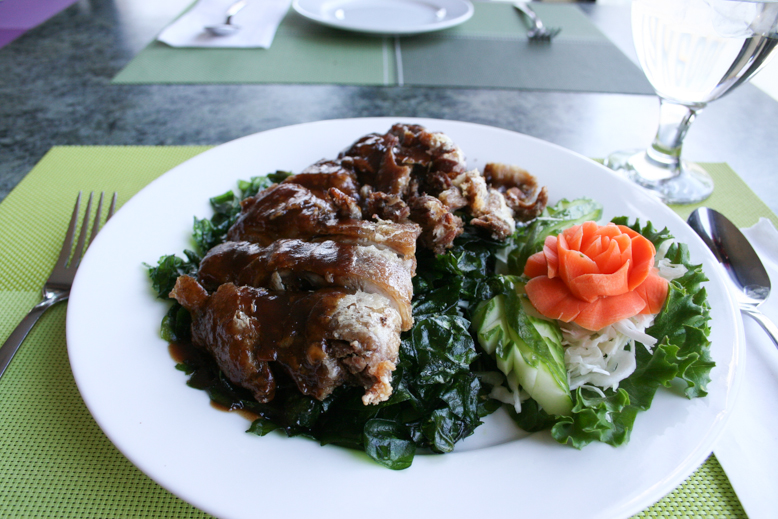 Ped Tod Grob is crispy fried duck, done more or less in the Chinese style, but with the twist that the sauce is made with tamarind, giving the dish a to-die-for tang.  The sauce, combined with the fatty interior of the duck’s flesh and the crunchy skin, is beyond satisfying.  The duck is served on a bed of crispy spinach.  Sathit reports that this signature dish is one of his own innovations. 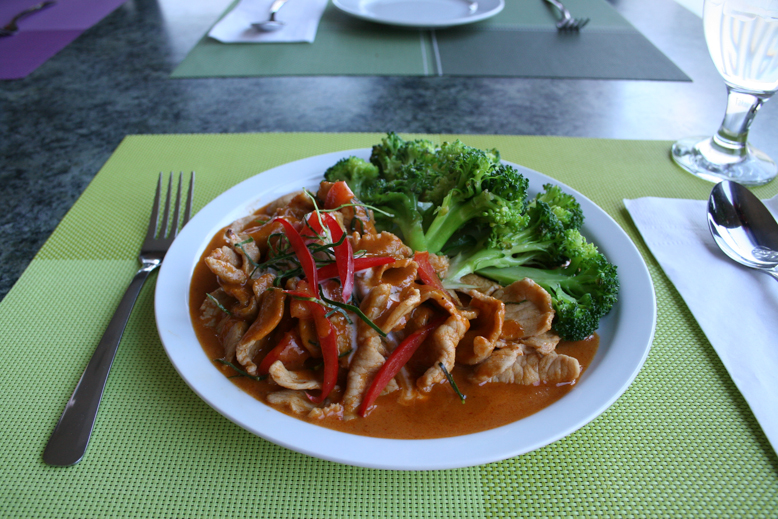 This is what we know in the West as red Thai curry.  Sathit points out that in the traditional way, the chopped vegetables one usually finds in the curry are not present.  In order to present a vegetable element to the meal, however, perfectly steamed broccoli is added to the side of the dish.  The popular “Thai” curries—red, green, and yellow—are all based on a combination of spices and coconut milk.  If you have never tried one, this version, spiced with kefir lime leaves, might be an interesting place to begin. 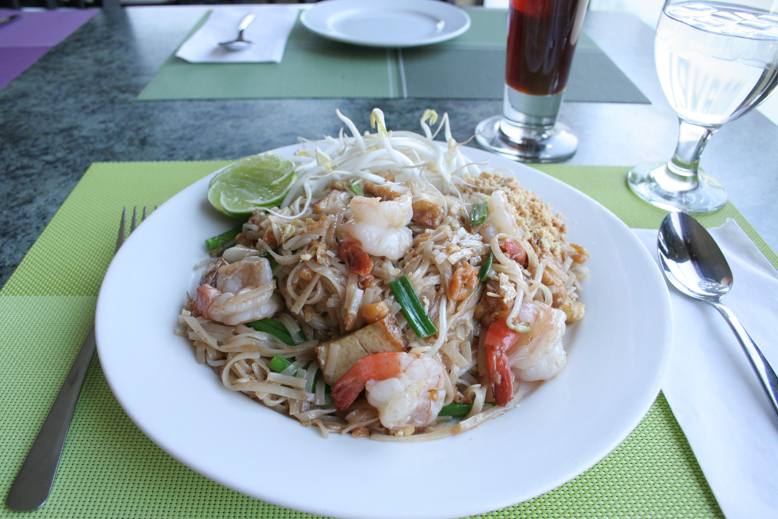 Pad Thai is probably the most popular Thai dish, besides the green and red curries.  It is a mix of noodles, sprouts, tofu, meat, and spices. In this particular case, shrimp is mixed in with the noodles. Pad Thai is probably one of the greatest noodle dishes ever created. At its best, there is a fine balance between complex and satisfying flavours. This is a dish that is intended to make you feel stuffed, but at the same time will leave you thinking about the combinations of taste that moved over your palate as you ate.

This is a mixed platter with spring rolls, satay, salmon cakes, and a variety of sauces.  Satay is essentially a kind of street food, meat barbecued on a stick and served with a rich peanut sauce. The salmon cakes are a traditional kind of Thai fish cake, with a nod to local tastes. The spring rolls are very nicely made, and go excellently with the spicy sauce provided.

It is easy and, of course, tasty to order one of the lunch specials off the menu, but if you are feeling adventurous, I suggest you to ask what they can make for you that will be really interesting, or read through the menu and try to find something neat.  I think you will enjoy what you find.  They also deliver.

Before the opening of Saint Franks, social media let out a collective groan when the new bar was rumoured to be a gourmet hot dog/bourbon joint where ...
Read More