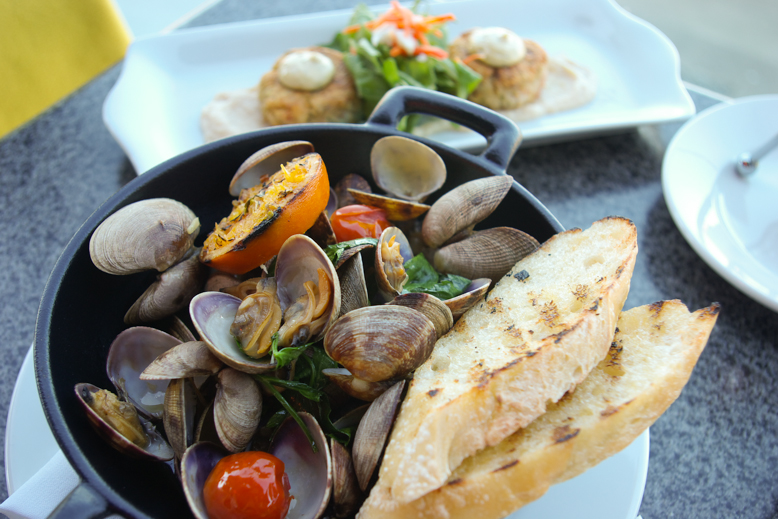 Noted for it its iconic columns and temple-like design, the former Royal London Wax Museum was once home of the Canadian Pacific Railway (CPR) Steamship Terminal. Since the wax museum’s closure, the building has received a massive seismic restoration under the lead of Curtis Grad, CEO of the Greater Victoria Harbour Authority (GVHA) and in partnership with the Provincial Capital Commission (PCC); it is now houses the Robert Bateman Center, a Starbucks and the Steamship Grill & Bar.

The CPR building, originally built in 1924 by architects Francis Rattenbury and P.L. James, is an iconic structure and one of Victoria’s historic landmarks. It holds a rich maritime history for Victoria’s inner harbour as passengers from steamships entered and exited through the building’s doors throughout the 19th and 20th centuries. Neoclassical in design, the structure resembles an Ancient Greek temple; such as Poseidan’s, the Greek god of the sea. Rattenbury and James incorporated iconographic ocean imagery into their design (distinguished by the carved heads of Poseidan), likely to reflect the building’s direct connection to the water as a gateway to the city. 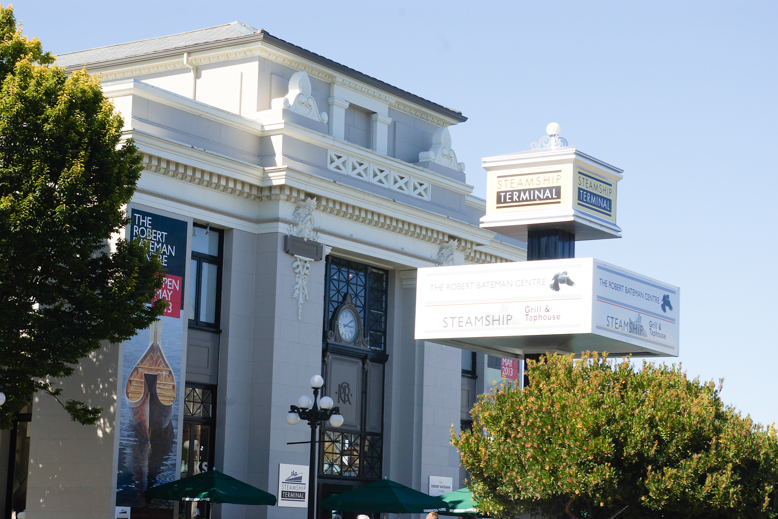 “The [restaurant’s] design concept was intended to highlight the terminal’s original features and to build around those details” says Steamship’s general manager Steve Baert.

“Curtis had a vision, and we worked closely with our design team to bring that vision to life” executive chef James Romer says. “The team went to all lengths to restore and translate certain details. All of the upper windows are the original window panes” says Romer. “The millwork alone is phenomenal. They took the idea of this once being a terminal and translated that into the curved bench seats, the lamp post lights and the deck. The aim was to make the restaurant feel like it’s been here for awhile. Even the speakers have been placed in the exact location of the original terminal speakers. 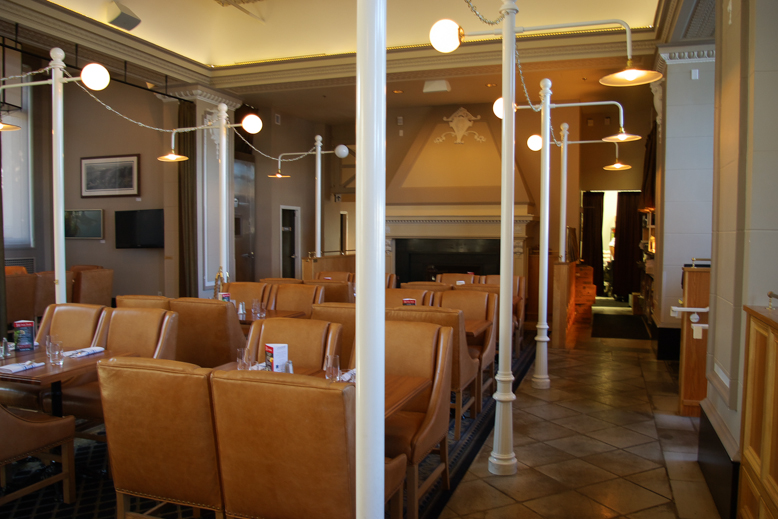 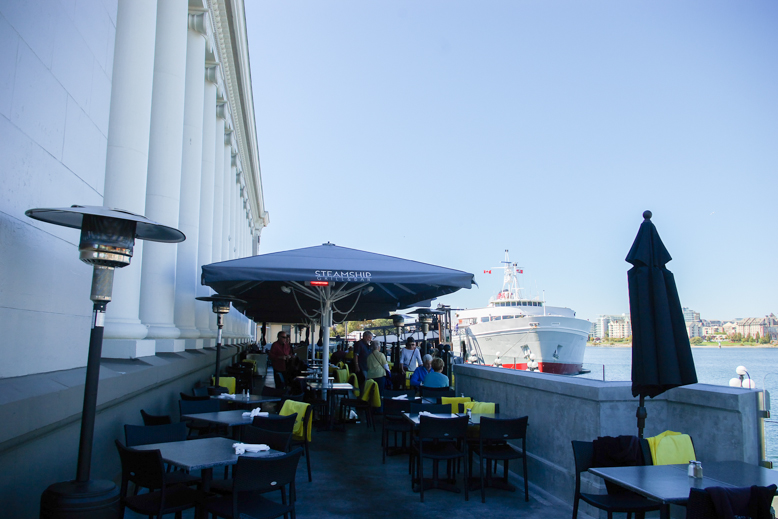 It’s a landmark building and a place that holds a lot of history for the people of Victoria and for our guests” Baert says.

Chef Romer says that he wants the dining experience for his guests to reflect “high quality, fresh foods that have been thought out well.”

“If you can smell the ocean, you should taste the ocean” Baert says. 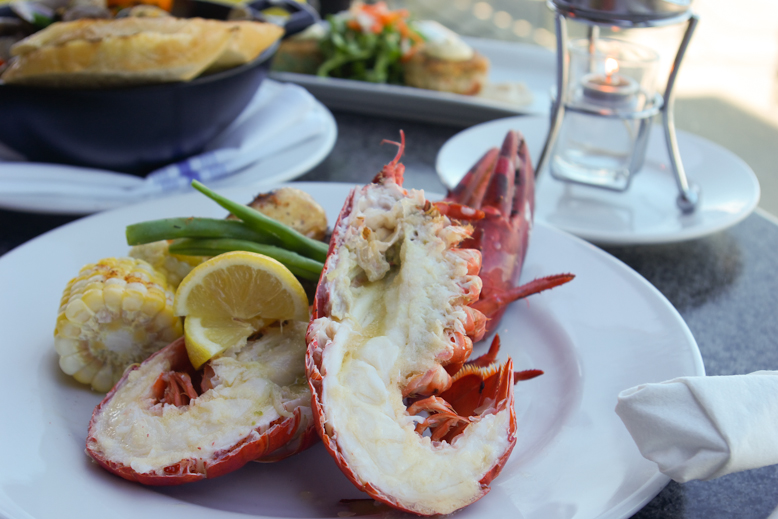 The 125 seat patio offers an expansive view of the harbour, while the inside seats comfortably seats 100. Bookings for private functions and parties are welcomed and work well in conjunction with the Bateman Center Baert says. Guests can enjoy light foods and cocktails upstairs, while viewing the art and then come downstairs for a larger meal.

The Steamship team is planning a few events at the moment which will include: The Art of the Cocktails final competition, the Crustacean Celebration: 8 weeks of feature sheets highlighting coastal shellfish such as buck-a-shuck oysters, local clam steamers, lobster, prawns and local beer and wine pairings. Staring September 25th they will host Christmas in September a night of food and gallery viewing.

Open for lunch, brunch and dinner, the Steamship Grill & Bar is a casual, comfortable place to come in and enjoy Victoria’s gorgeous inner harbour, while sampling classic west coast cuisine.

Reservations can be made here.

Earlier this week Vancouver was whisked away to Tuscany. Or, at least, Vancouver’s palates were. The Brunello di Montalcino World Experience took ...
Read More