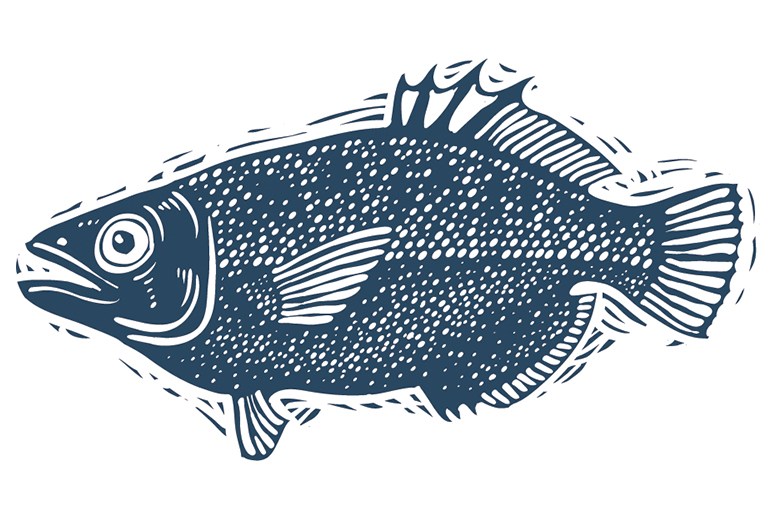 It’s thrilling to live on an island, surrounded by clean ocean waters. The spectacle of herring spawning in spring and ruddy salmon fighting up rivers to spawn to every autumn are reassuring signs that we still have fish in the sea. But there’s also a feeling of foreboding when I think about our oceans.

With commercial over-fishing and wasteful bycatch, global warming and polluting our waters with sewage, plastics and agricultural chemicals, just how long can we count on wild salmon tuna, halibut, and shellfish we love?

It’s a big question, but one that many restaurant chefs and retailers are tackling by serving and selling seafood that’s abundant and sustainably harvested.

Though the notion of sustainable seafood is a relatively new one, and the job of   certifying fisheries is a moving target, it’s generally agreed that species which are endangered by overfishing or fisheries that are poorly managed, should be avoided.

There are now several different sustainable seafood labels and certification     programs, and while most are credible, some are contradictory, leaving confusion and allegations of green washing in their wake.

With words like wild, fresh, local, SeaChoice, MSC (Marine Stewardship Council) certified or Ocean Wise attached to almost every seafood product, it can be tough to know which fish is safe to fry. 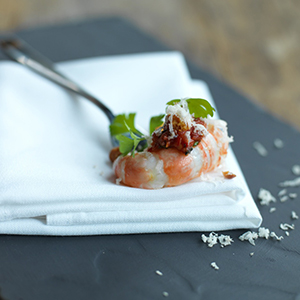 THE PINNACLE OF PROGRAMS

Ocean Wise is considered the flagship certification program in Canada, with the toughest set of guidelines. It was just over a decade ago that the Vancouver Aquarium launched its Ocean Wise program, following the lead of the Monterey Bay Aquarium and its successful Seafood Watch pocket guide. Both were designed to help consumers make sustainable choices when buying seafood, whether shopping at fish markets or dining in restaurants.

What started with just 16 restaurants in Vancouver has grown to a network of more than 650 Ocean Wise businesses from coast to coast, from restaurant chains to wholesale suppliers including more than 3,000 individual restaurants, from sushi bars to fine dining rooms.

“It started with a few chefs and now we have everything from high end restaurants to pubs,” says Teddie Geach, the Ocean Wise seafood specialist at the Vancouver Aquarium. “There’s an Ocean Wise Caesar drink mix with sustainable clam juice, even a pet food company using sustainable seafood.”

The Ocean Wise program has certainly increased awareness about sustainable seafood, but how has it actually impacted our oceans?

“There’s definitely been a shift in consumption toward more sustainable options,” says Geach. “Chilean sea bass was once hugely popular but you don’t see it on menus – now it’s sablefish which is much more sustainable. I’m now seeing more Ocean Wise Humboldt squid on menus across the country.”

Though Geach acknowledges that the ongoing quest for more sustainable seafood options can pose a danger for “good fisheries”, proper management to guard against overfishing is key.

“The good news is there are lots of other non-governmental organization (NGO’s) working on sustainable seafood issues around the world,” says Geach.

“There are so many different issues, but we all focus on different pieces of the puzzle, from scientific research to consumer awareness.” 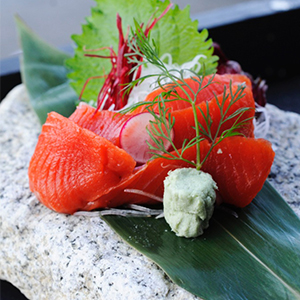 Chefs have been at the forefront when it comes to spreading the sustainable seafood message. Beyond the many Ocean Wise members, there are groups like Slow Fish and Chefs For Oceans, an organization led by Vancouver chef Ned Bell that’s asked the federal government to make March 18 National Sustainable Seafood Day.

Many restaurants and hotels in Victoria serve Ocean Wise seafood, whether you order the crab butter poached steelhead from Aura at The Inn at Laurel Point, the house-smoked Oysters Fettuccini at Spinnakers, the Albacore Tuna Tacone at Red Fish Blue Fish, flash-fried Humboldt squid at Canoe Brewpub, or the fish and chips at The Fish Store, the first 100 per cent Ocean Wise restaurant and fishmonger.

Victoria’s Finest At Sea (F.A.S.) is an Ocean Wise member, too, selling its sustainable, local seafood to both wholesale and retail customers.

Chef Kunal Ghose was an early adopter, opening the fully Ocean Wise Red Fish Blue Fish in 2007, then moving on to create Fish Hook in 2014.

“Ocean Wise has definitely made it easier to buy sustainable seafood and has been a great way to educate the consumer,” says Ghose.

From his crispy Humboldt squid pakoras to the spicy mussels Vindaloo, it’s sustainable seafood with an Indian twist.

Ghose says he’s in an enviable position when it comes to sourcing sustainable seafood — his business partner, Steve Kerr of Hook Fine Foods in Qualicum Beach, has a ready supply of local fish and can process it all for the restaurant.

“We use every single part,” says Ghose, pointing to his popular coconut fish chowder with halibut confit that starts with smoked and scraped halibut frames.

Chef Jeff Keenliside oversees food services for the Oak Bay Marine Group properties, from Victoria to Ucluelet and Campbell River. All of the fish on their menus is Ocean Wise certified, and at the iconic Marina restaurant in Oak Bay, even the sushi bar serves only sustainable fish and seafood. It’s the only 100 per cent Ocean Wise sushi bar in Victoria, and one of only four in the country.

Creating a fully sustainable sushi bar has been the biggest challenge, Keenliside says. Sustainable shrimp is still expensive and rare, wild salmon costs far more than the ubiquitous farmed salmon found on most sushi bar menus, and some products like unagi (eel) and tobiko are simply impossible to source and were removed from the menu.

At OLO, chef Brad Holmes is going one step further, supporting the international Slow Fish program that celebrates local, artisanal fisheries and helps restore wild salmon stocks. Like Slow Food, it’s a “know your local fisherman”solution, relying less on scientists and more on local fisheries when choosing what to buy.

“Known origin is the thing I talk about,” says Holmes, pointing to the wild coho salmon, side stripe shrimp from Haida Gwaii, live Quadra Island scallops and Hollywood oysters from B.C. waters on his menu.

“I buy from F.A.S, the Outlandish Shellfish Guild, Salt Spring Island Mussels — direct from local farmers or fishers,” he says. 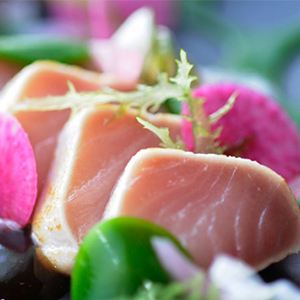 The question of how long we can continue to harvest ocean fish is on many minds. In his new book, Half Earth, Harvard professor emeritus and eminent biologist Edward O. Wilson says “to save biodiversity, we need to set aside about half the earth’s surface as a natural reserve” and stop open sea fishing to “let life recover there.”

“The sea is fished down to 2 percent of what it once was,” he said in a recent New York Times interview. “If we halted those fisheries, marine life would increase rapidly.”

More than 90 per cent of the world’s largest predatory fish have already disappeared and stock collapses have taken a toll on species from humpback whales and sturgeon to Pacific salmon, halibut, lingcod, and English sole. The Sea Choice fact page says at least 25 per cent of the annual world catch is illegal and another 25 per cent is wasted as by-catch.

“Many of our marine resources have been hugely over-exploited,” says the SeaChoice website. “One of the greatest threats to our oceans today is fishing.”

And that’s the scariest part of the sustainable seafood puzzle. With our oceans still mostly mysterious and many fish populations under-studied and misunderstood, it’s difficult to say definitively that any wild seafood is safe or smart to harvest and eat.

SO WHAT ELSE CAN BE DONE?

Mike McDermid, one of the founders of the Ocean Wise program, now runs a sustainable seafood shop and eatery in Vancouver called The Fish Counter with chef Robert Clark. He says Ocean Wise was created “to protect the marine environment” and though consumers have been quick to change and embrace sustainable seafood, changing government policies around fishing is more difficult.

“It’s hard to know whether fishing can be sustainable – there’s been an argument about that,” says McDermid. “Consumers like to be part of the solution, not part of the problem, but changing government policy is a long, arduous, and expensive road.”

Overfishing is a global problem that isn’t easy to fix by changing consumption patterns in one part of the world, says Dr. Daniel Pauly of the UBC Fisheries Centre. When it comes to how much fish is being harvested, the statistics are incomplete at best, he says.

“Our studies have concluded that the global catch is about 70 per cent more fish than is reported,” says Pauly, referencing his Sea Around Us project that has concluded that the biomass of fish in the North Atlantic is just one-tenth of what it was a century ago. “Legal fish is mixed with illegal fish and 40 per cent of the fish sold in the U.S. is illegally caught or not traceable.”

This leaves the entire idea of a sustainable wild fish harvest untenable, he says.

“Traceability is the most important thing – as long as we don’t have that, we can’t even begin to talk about sustainability,” he says.

The competition for the sea’s dwindling resources also presents an ethical dilemma, with 60 per cent of the fish we eat coming from developing countries where poor populations depend on fish to survive. As we continue “fishing down the food web,” targeting smaller forage fish like herring and anchovies both for consumption and to feed carnivorous farmed salmon and tuna, we’ll soon be reduced to a diet of “jellyfish and plankton soup,” says Pauly.

McDermid agrees that we need “an ecosystem management approach” to protect the biodiversity of the oceans, and better appreciation of the fish we consume. Farmed shellfish, that naturally filter and clean the water, are a sustainable choice, while massively targeting a single wild species for cheap, fast food is not.

“I would love to see the focus be local, buy local,” he adds. “Know where the fish came from – if you know the producer, you are buying fish properly.”

Is Gastown on it’s way to becoming the new Yaletown — an area with sky-high rents that only chains can afford? When I heard this past summer that ...
Read More
It’s popular to speculate about who might have pried open and slurped the sweet, briny meat of an oyster first. But here on the West Coast, the ...
Read More
In the next three issues, food writer Jill Van Gyn investigates the complex web of beliefs, values and opinions surrounding our food and its sources. ...
Read More

The article on L’Apéro in the May|June issue should have stated Chef Andrea Maiolo staged at The Courtney Room and Zambri’s and that he held the ...
Read More
May|June issue on the stands. Read ...
Read More
As craft beer continues its upswing in sales, small batch cider makers are gaining respect in the Pacific Northwest market. While more consumers are ...
Read More