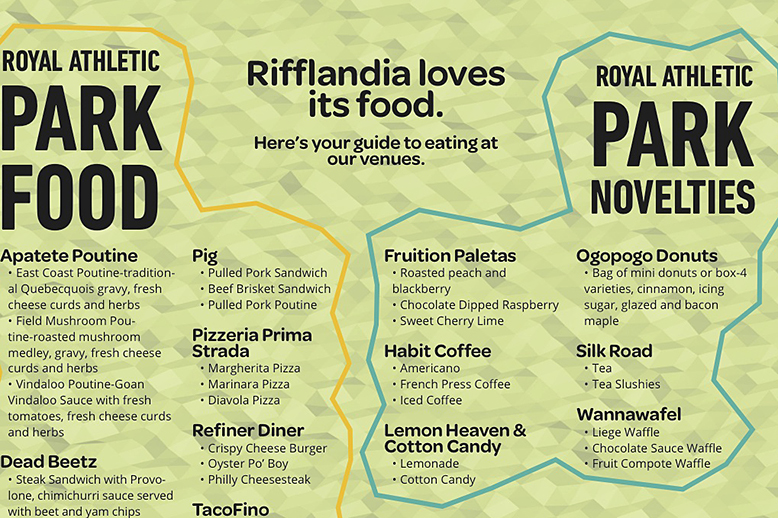 Victoria, BC We’re approaching that time of year when the days are getting shorter, the beach visits less frequent, and the reality that summer’s end is near. For those who refuse to let that most enjoyable time of year slip away, however, the best is yet to come. Come September 12 to 15, music enthusiasts will be trekking from as far as Toronto and as near as Fairfield to relish in the carefree atmosphere that only a music festival can bring. Be prepared to put your jobs and worries on hold and trade them in for one small wristband that gives you ultimate freedom to race around this city and listen to your favourite bands. Rifflandia is almost here.

In its fifth year as a highly anticipated musical event, Rifflandia has grown from a mere tent parked outside McPherson Playhouse into a multi-day extravaganza that this year is drawing in the likes of international bands Edward Sharp and the Magnetic Zeros, Big Boi and Death from Above 1979. Although there will be night shows scattered throughout venues in the city, the majority will be held in Royal Athletic Park with its vast field space and family-friendly atmosphere. For those craving a pint or two, options are available. Phillips Brewery will be providing beer gardens with the help of Merridale Cidery and Tinhorn Creek Vineyards. The Rifflandia organizing committee, made up of a humble eight people who depend heavily on help from their volunteers, have worked tirelessly to bring together a cornucopia of artists that will appeal to diverse musical preferences.

A key to ensuring longevity during days filled with music and drinks in the sun (as we’ve all learned the hard way once or twice), is staying nourished. This year, Royal Athletic Park will be colourfully lined with local food trucks offering a wide variety of quality, handmade meals. It’s the first time Rifflandia will have only food trucks that are either an extension of their restaurant (like Prima Strada and The Reef) or trucks that have been designed as a mobile option for fast and deliciously made fresh food. Glenn Barlow, owner of BCWine Guys and Rifflandia’s food and beverage coordinator, explains that with more than three times the amount of trucks wanting to take part in the festival, the committee spends a month jurying which ones will be included. The two most important components in choosing the delectable trucks are ensuring that diverse food options are available and that the businesses cater to the Rifflandia multiple demographics.

For Jonathan Pulker, owner and operator of Refiner Diner, a bio-diesel-run truck that uses refined oil from their own fryers, this will be his second time at Rifflandia, but the first time setting up camp in Royal Athletic. With a resumé that includes working as a red seal chef in many Victorian restaurants and a member of the Island Chefs Collaborative, Pulker realized a few years ago that it was time to start his own business. Over the course of six months, he managed to turn an old truck into the recognized favourite that Refiner Diner is today. His girlfriend Jenessa Lenore has been with him from the beginning, and helpers Richard, Jim, Judah and daughter Rowan have helped to ease the work that comes with increased  business. Serving unapologetic diner food with a New Orleans twist, Refiner Diner offers simple yet  delicious items such as fried oyster po’boys, falafel (for the vegetarians out there) and their classic and most popular, crispy cheeseburger. With typically four people working alongside each other, the work environment is unique—and tight!—and takes a bit of adjusting to, says Pulker. However, the mobile freedom and quick cleanups are exactly what works for Pulker and his crew.

As Victorians become more conscious about their food and take a keen interest in supporting local food movements, the food truck community is growing stronger. Despite the increase in popularity, however, truck owners remain supportive of one another. A notable example is when Karrie Hill called upon Pulker for advice on how to build her own food truck. Hill, a 20-year professional in the food business, got that advice, along with crucial seed money through crowd-sourcing platform Indiegogo. The result: Deadbeetz, five-weeks-old as of this writing. A snapshot of her food philosophy might peg her as a vegetarian truck, but with popular items such as a striploin steak sandwich with chimi churi and provolone, she caters to a variety of food preferences. Her first outing at the Rock the Shores festival was wildly successful, and Hill’s excitement about sharing at Rifflandia what has grown from pipe dream to reality in a few months, has only increased.

Whether you’ve decided on a day pass or the all-access VIP, this annual festival will bring together music lovers of all types and be a welcome way to end the summer. With stomachs full of freshly prepared and reasonably priced meals and a greater understanding of a new way to dine, these food trucks are  redefining what we believe fast food to be. 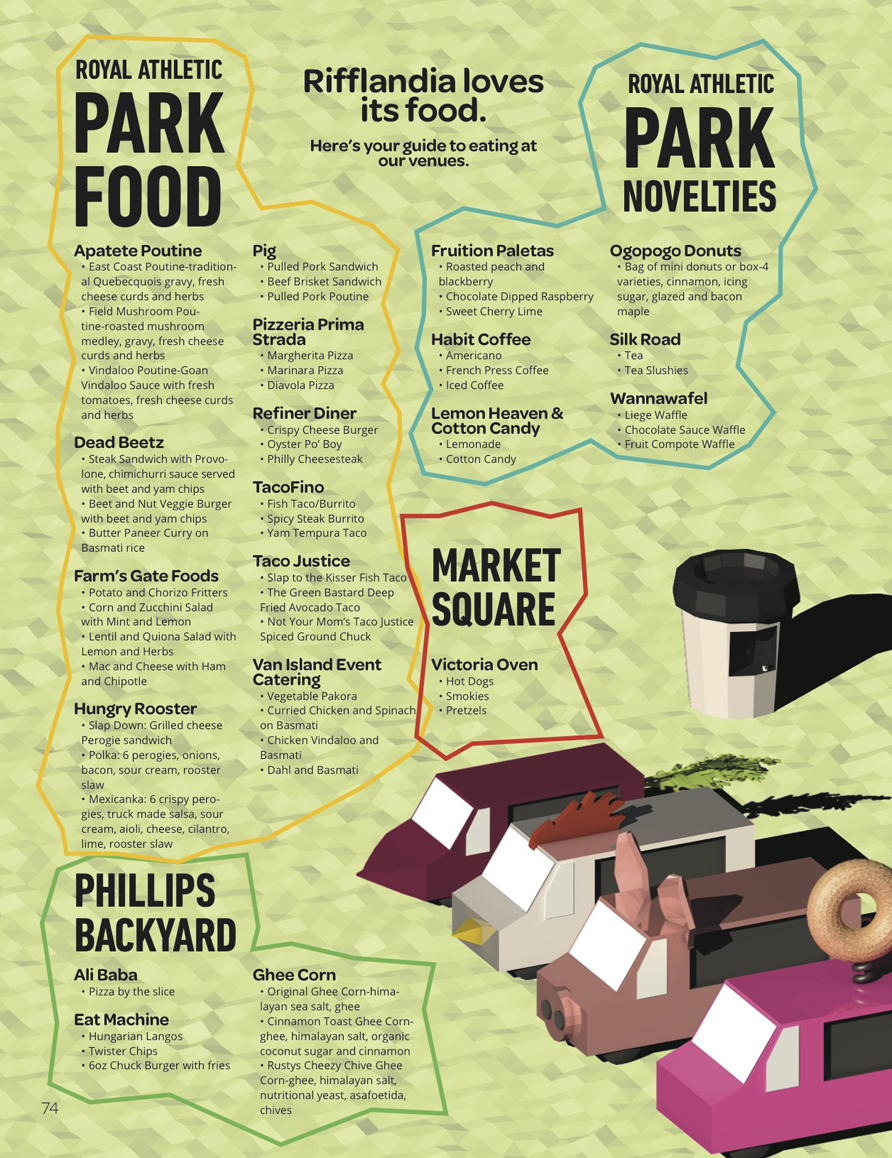 November | December issue on the stands. Read ...
Read More
For the ninth year in a row Rancho Vignola is setting up its Vancouver Island Harvest Sale here at the Mary Winspear Center in Sidney. Many of ...
Read More
Season’s Greetings EAT readers! We at EAT are looking forward to all the wonderful seasonal baking on offer around the city. One of the great joys ...
Read More
Masterclass Candied Citrus Holiday ...
Read More
Denise Marchessault, chef and owner of French Mint cooking school, writes: “I don’t know anyone who doesn’t like this salad. Traditional ...
Read More