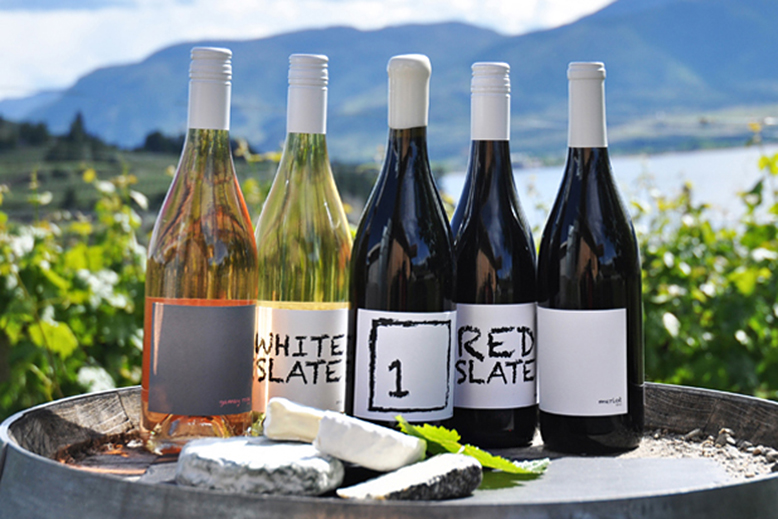 Poplar Grove Winery began in 1993 and was one of the first five wineries on the Naramata Bench. In 2002, owners Gitta Pedersen and Ian Sutherland decided to try making cheese, and Poplar Grove Cheese was created. A cult following soon developed for both their artisan wines and hand-made cheeses. In 2007, a business decision was made to split the winery and cheesery. Ian Sutherland, Tony Holler and Barrie Sali became the new ownership team of Poplar Grove Winery, allowing them to expand and build a new state-of-the-art winery which opened in 2011. Gitta Pederson took over sole ownership of Poplar Grove Cheese, which includes the smaller wine-making facilities on-site as well as a six acre vineyard of proven vines.

Gitta Pederson and her staff make only four cheeses: Naramata Bench Blue; the sinful Okanagan Double Cream Camembert; Harvest Moon Washed Rind, which is made specifically for the cheese connoisseur; and Tiger Blue, a rich, blue-veined cheese with a bite. Poplar Grove cheeses sell-out as quickly as they are made and, despite demand to become bigger, Gitta has chosen to remain an artisan producer. “I have always loved making cheese and want to remain small, so that I can focus on making hand-crafted cheeses and not on running a big operation.”

Wanting to continue the tradition of having small artisan wines made on-site, Gitta entered into a new partnership with Ross Hackworth of Nichol Vineyards fame and Matthew Sherlock, who leased the on-site winemaking facilities, to create Clean Slate Wine. Ross and Matt focus on making artisan wines that express the grape varietal and represent the place in which they are made. “Our wines are fruit-driven, and we want to make wines that our customers are able to enjoy immediately,” says Matt. Clean Slate Wine’s cabernet franc and merlot are made exclusively from Gitta’s estate vines. The rest of their tiny portfolio includes a sauvignon blanc and a gamay rose. For Okanagan wine connoisseurs, the release of Clean Slate Wine’s first vintage was eagerly anticipated and did not disappoint. Their wines were also quickly snatched up by many of Vancouver’s top restaurants, including L’Abattoir, Hawksworth, Vij’s, Edible Canada Bistro, and Salt Tasting Room.

The First Annual Vancouver International Tequila Expo (VITE) will take place on Saturday, May 12, 2012 at the Vancouver Convention Centre East. It ...
Read More