Part of the interest in chasing down different articles for Eat Magazine is that I never know where I am going to end up when I start my investigations.  Technically speaking, I’ve been trying to do a project on the four regional styles of Chinese cooking, and where it is possible to find examples of each at different restaurants around Victoria.  Unfortunately, and I imagined this to be largely because of a language barrier, it has been difficult for me to get the various restaurants I have approached to cooperate.  If I spoke better Cantonese or Mandarin, I suspect that I would have an easier time explaining that I want to showcase the things that are good about the places I visit, but alas, so far I haven’t been very convincing.

In order to move the project forward, I decided that I was going to try and get to know some chefs on an individual basis and make gradual connections in the community. I was going to move slowly to build up some trust and a positive reputation.  One way or another, I am going to get my story.

In the course of all this, I remembered hearing about Les Chan, a local food ambassador and expert on Victoria’s Chinatown.  I first heard his name when I was covering the spot prawn festival back in the springtime.  Chan was a special guest at the Victoria Public Market, where he was demonstrating his famous sweet and sour prawn dish.  I had kept Chan’s name in my mind, and called him up when I got around to my story on the regions of Chinese cooking. 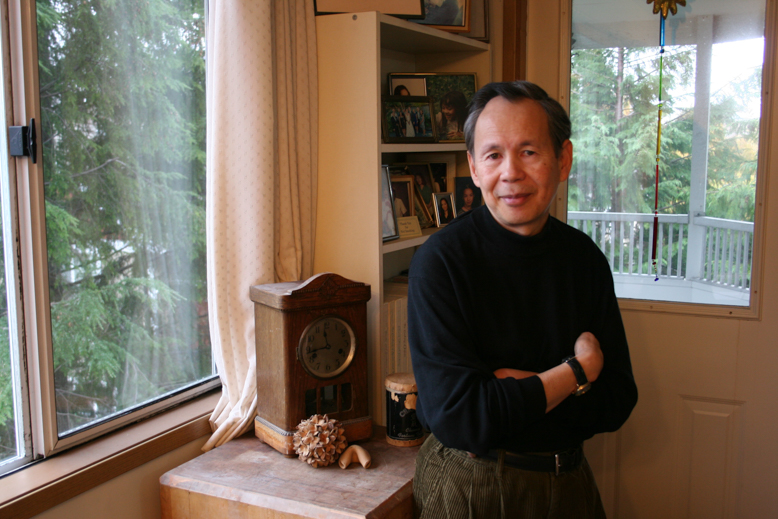 Les Chan is a very interesting man.  Paralyzed on one side at the age of thirteen by a brain tumor, he learned to cook very well and also to make elaborate needlepoint art works despite only having the use of only one hand.  He showed me his collection of small needlepoints representing the twelve days of Christmas (quite lovely).  He also showed me other needlepoint works that are best described as a celebration of the human form.  They are marvellous, but I’ll leave you to discover them for yourself.

Chan does special cooking classes for people at the disability resource centre now, particularly burn victims.  He teaches them that even people with disabilities can learn to cook great meals for themselves, and that they can do it for under $5. 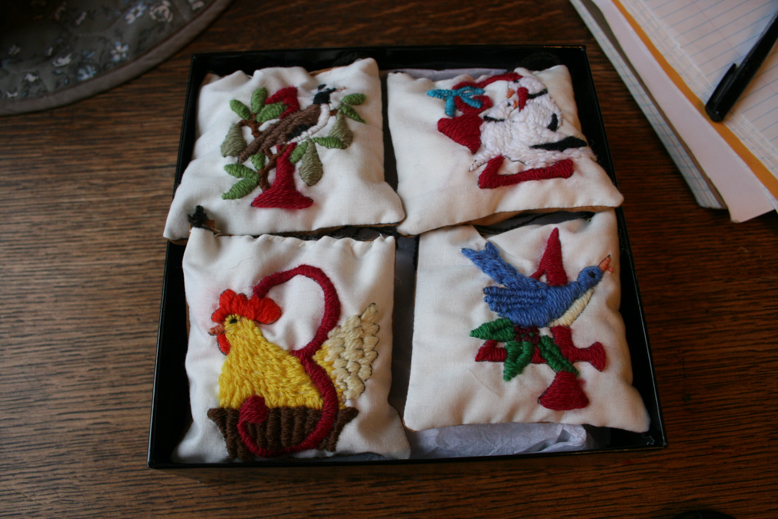 When it comes to the subject of Chinatown and Chinese cooking, he has a lot to say.  Chan, in fact, used to lead guided tours of Chinatown and knows the history as well as anybody. Chinatown in Victoria is such an amazing resource for people, he says.  It is possible to get amazingly cheap and nutritionally complete meals there, and yet so many people in Victoria seem to be unaware that it is there.  Chan tells me that the best way to order at a Chinese restaurant, as opposed to trying to negotiate the menu, is to tell the waiter how much you want to spend (for example $50 for 4 people) and then ask him to bring you a complete meal for that price.  Just pick a meat and two veggie dishes and some rice and you have a beautiful meal, he says.  I admit it never occurred to me to try this and I tell him I will.

When it comes to the regional differences of Chinese cooking, Chan is coyer.  He grew up eating in the Cantonese tradition, he says.  He tells me I should go meet Jin at Shanghai City and ask him.  I already met him, I tell Chan, but I would love to go back.  Last time we only talked about dim sum.  Sometimes I just don’t know where these article investigations will take me, but I do intend to get my story somehow!

September|October issue on the stands. Read ...
Read More
August 22, 2022 — Staff, volunteers, and board members from Victoria’s Belfry Theatre have raided some of the best local wine cellars to find ...
Read More
I spend a lot of time daydreaming about what type of restaurant I’d open if given the chance. My plan changes often, reflecting current food ...
Read More