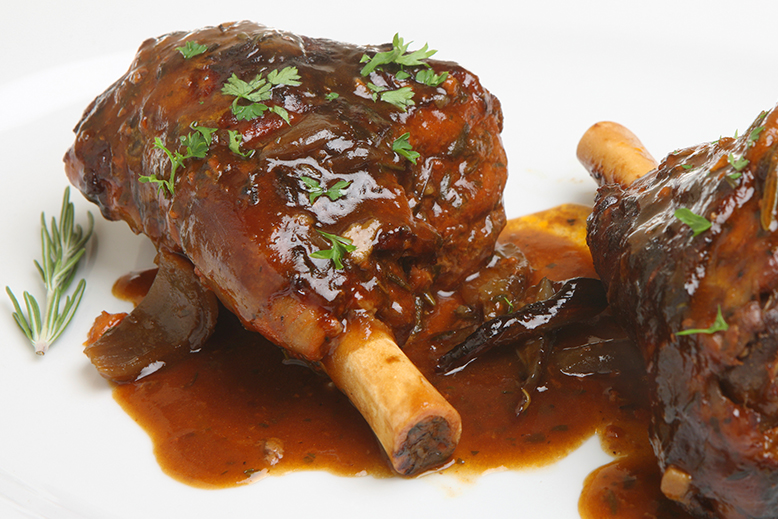 When BC’s Horseshoe Bay Brewing opened in 1982, it uncapped a wave of cross-country beer brewing. As appreciation for these elegantly crafted microbrews grew, and beer began garnering the respect afforded previously only to wine, so too did an interest in food and beer pairing. And it seems a natural progression to go from pairing to cooking with those brews, as the brewpubs do.

While cooking with beer is not new, the more refined use and consideration of the beer’s ingredients are. Classics like steak and Guinness pie and beer battered fish are being joined by more inventive creations like stout ice cream, and bacon-beer risotto.

Craft beer brings a new flavour dimension to recipes; it accentuates the yeastiness in breads; very yeasty beers will lighten batter textures. Made from grains, beer is a natural fit for bread making, especially rustic loaves like Irish soda bread. With the alpha acids from the hops, and tannins from the malt, beer makes an excellent marinade for meat and game. And, beer brings bubbles – carbonation plus the yeast can act as a leavener in certain baked goods. Beer can also be used as both an ingredient in the beginning of the recipe, and seasoning, added at the end of cooking.

On the down side, there are a few drawbacks when cooking with beer, the primary one being beer’s natural bitterness which will intensify the longer it cooks. And if alcohol content is a concern, remember that cooking beer will burn off some, but not all, of the alcohol.

So where to start? When choosing a beer for cooking, the first rule of thumb is to pick something you like to drink; if you don’t like the taste of it from the bottle, you won’t like how it tastes in your dish. Next up, consider colour: paler beers tend to be lighter and simpler in taste, dark ones, more complex. And that goes for cooking times too: shorter for more delicately flavoured beers, so as not to lose those notes.

If you’re easing your way into microbrew cooking, start with something simple, like steaming mussels or clams in a citrus-tinged lager. Soups and stews are beginner-friendly; just replace some of the liquid with a complementary beer. A malty ale will bring some sweetness to counterbalance a spicy chili, adding another taste layer. Weekend pancakes take on a whole new flavour and texture with a splash of a raspberry wheat beer. Be mindful when substituting in baked goods though, as the recipes depend more on science to be successful, and a beer may throw off a chemical reaction needed for good results.

As for selection, Van Isle microbreweries produce everything from India pale ales to chocolate porters, from summer fruit beers to robust stouts, so there’s no shortage of styles to incorporate into your cooking. Along with their core brews, craft breweries produce seasonal bottles (all the better to match to your seasonal culinary fare). And don’t forget, to assist with your research, most local breweries offer beer tastings.

You really can have your beer and eat it too!

One of my favourite sites for reliable, interesting recipes (we’re talking more than beer can chicken here) is Jackie Dodd’s Beeroness blog

Chef’s Notes: This is a very forgiving dish, its ease of preparation results in complex, rich flavours that are welcome as the evenings get cooler.

Season lamb shanks with salt and pepper. Heat olive oil in a heavy bottomed oven proof pot or Dutch oven. Brown shanks, remove from pot and set aside. Add onions and garlic to pot and cook over medium heat until softened.

Return shanks to pot with onions and garlic, and add beef stock, stout and diced tomatoes. Bring to a boil, then place pot, uncovered, in oven.

Allow shanks to braise for 2.5-3 hours, until meat is tender and comes easily off the bone. Serve shanks with braising liquid.

The article on L’Apéro in the May|June issue should have stated Chef Andrea Maiolo staged at The Courtney Room and Zambri’s and that he held the ...
Read More
May|June issue on the stands. Read ...
Read More
Photo: Shaw Ocean Discovery Centre   Credit:Rebecca Baugniet “Are you ready to be transported to the bottom of the Salish sea?” It was a cool ...
Read More