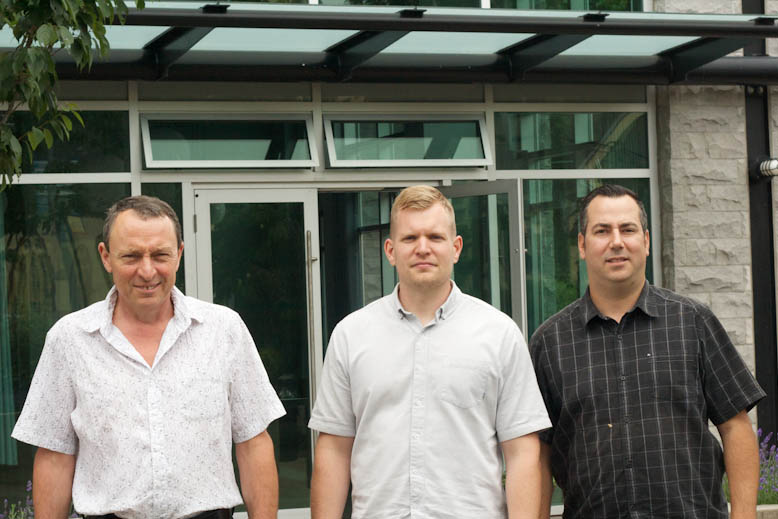 British Columbia’s vibrant wine industry continues to spoil West Coast residents with an abundance of sipping choices. While Victoria continues to embrace a brewery culture, it’s fitting (and high-time) that the capital city had an internationally-focussed wine festival to call its own.

The Victoria Wine Festival hosts a one-day event September 26, offering two public and one trades tasting. With a focus on diverse, international wines that are also affordable—eighty per cent of the vino comes in under $22 a bottle—organizer David Bain wants the event to educate consumers.

“We want the average consumer, like myself, to walk out of the event and not shop by labels at the liquor store. That’s the gap we’re trying to fill,” says Bain, who doesn’t consider himself a wine expert, purely an appreciator of wine.

A pair of local sommeliers, Josh Clark from Il Terrazzo and Jacques LaCoste from Lure, are tasked with selecting the 200 wines for the event, the majority coming from international wineries.

“We’re proud of what we do in BC, but we want to take people out of their comfort zone. You like a BC pinot noir? Here’s a variety from France or Oregon you might enjoy,” says Clark, who observes his diners are often reluctant to try a new wine, ordering what they know again and again.

LaCoste would also like to see the festival inspire consumers to try something different. “How about I feed you only chicken for the next two weeks? It’s the same idea. That’s the beauty of international wine, so many different tastes,” says LaCoste.

With just under three months until the festival, Clark and LaCoste have begun tasting and selecting the wineries for showcase. So far, they haven’t disagreed on a single decision. Already, they’ve given the green light to a Kettle Valley chardonnay, a Bird in Hand shiraz from Australia and a Tedeschi amarone from Italy. Devil’s Lair Winery from Australia and Painted Wolf from South Africa are also confirmed.

“We want to focus on affordable wines that everyone can buy. Wine is all about the mood and meal. You want a good balance of sweet and dry. Good fruitiness and acidity that cleans the palate,” says LaCoste.

A focus on international and affordable allows consumers to sample a wider variety of wine over the course of the tasting. Bain and the sommeliers emphasize this will be a traditional wine tasting, not a food and wine pairing event. Guests can expect local meats, cheeses and bread for nibbles in-between their sips.

Music from Jon Middleton (one half of local duo Jon and Roy) and a pop-up liquor store round out the indoor and outdoor venue at the Parkside Resort.

Ticket prices include all-inclusive access to eighty per cent of the wines, plus two silver tokens for varieties in the $22-$35 range and one gold token for pours over $35.

Additional silver and gold tokens will be available for purchase the day of the event, which Bain hopes to keep under $5.

Until July 23, tickets are $55, jumping to $65 from July 23 to September 1 and $75 after September 1 until the day of the event. Tickets can be purchased in-person at any Discovery Coffee location and online through Ticketzone.

July|August issue on the stands. Read ...
Read More
It may as well be called ‘Candyland for Liquor Lovers’. For those who excitedly anticipate a trip to the wine and beer shop, who relish ...
Read More