Started in 2010 by Jack Wessel and the Oliver Osoyoos wineries, the Half Corked Marathon was created as a fun run/jog/walk through vineyards, dirt roads and trails connecting wineries. Thirsty participants can stop and enjoy wine tastings, small food pairings, drink water and be encouraged on with camaraderie to the next winery and the finish line. The first year’s event saw 220 runners/walkers and this year’s event, with a whopping 652 spots, was sold out in less than three minutes. 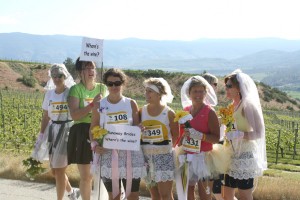 Runners are also invited to the special Primavera Dinner the night before the race at Stoneboat Vineyards. The carb-loading evening will have wines poured from Oliver Osoyoos wineries at long tables set amidst the vineyard. This year’s event was catered by Joy Road Catering, well known for their sold-out winemakers’ dinner events that run through the summer at the breathtaking God Mountain’s Estate.

While serious runners do the event just for fun, many participants use the event as an inspiration to complete an ‘almost’ half marathon. While there is the option of the shuttle at any point during the race, most want to cross the finish line – and enjoy visiting all of the wineries along the route. 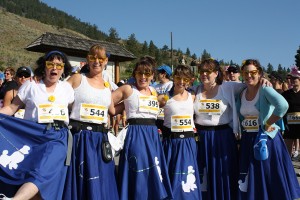 Food Fight : Come Together for a Friend Food Fight is a fundraiser for fellow industry peer and friend, Owen Lightly, who was recently diagnosed ...
Read More