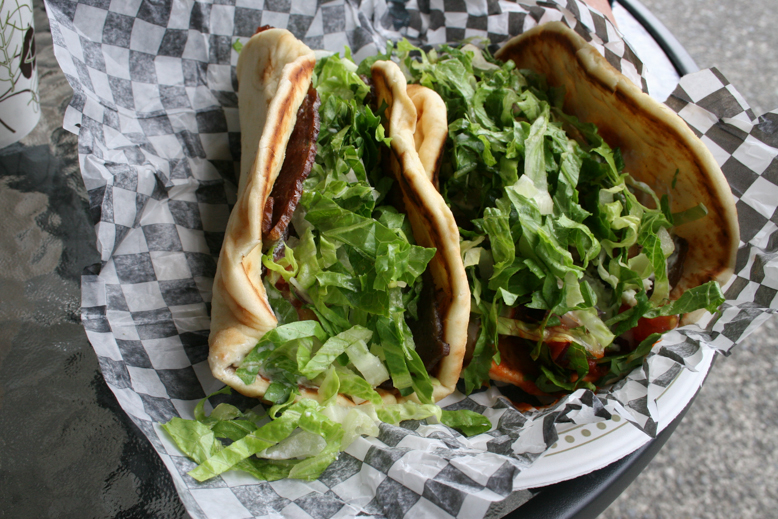 Following up on Sol’s article on donair places here in Victoria, I went to visit GP’s Donair and Pizza to see what the lowdown was. I was especially curious after discovering that the website autoplays a clip from Rossini’s Barber of Seville overture. This seems like a lot of drama to surround the consumption of a donair. I like it, though. As Sol has already covered the ins and outs of the donair in some detail, I’m not going to trouble you overmuch with the particulars of the dish itself. I sat down with co-owners Gerhard Leupelt and Phil Cho, and asked them about their business.

Leupelt is a long time veteran of the food industry here on the Island, and is currently working (along with his time at GP’s) at Camosun College as an instructional assistant in Hospitality. Camosun is where he met Cho, who is also working in hospitality at the Empress. As they became friends, Cho suggested to Leupelt that the concept of the donair differed on each side of the Rockies. On the West side, the donair has commonly been imagined as the gyros — a Greek style pita with tzatziki sauce. On the East side, people are more familiar with the Halifax style — meat with a sweet sauce. 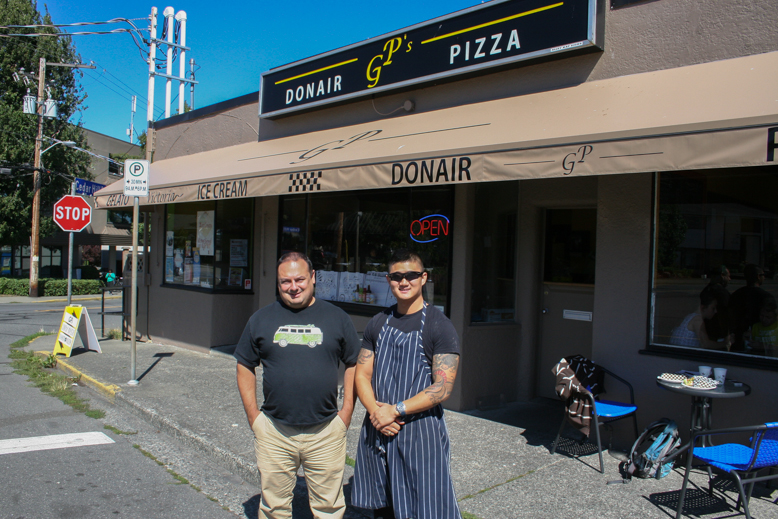 Leupelt describes their product as a hybrid. The Mediterranean style is a more or less traditional Greek gyros, and the Halifax is (ahem) Halifax style. At GP, however, the lettuce, tomato, and cheese are included at no extra charge (unlike in Halifax).  I’ve had both, and I thought both were a toothsome pleasure. People in BC are often not familiar with the combination of sweet and savory found in the Halifax donair, Leupelt explains. It is a surprise that becomes an addiction. In addition to these flavours, GP’s also has a Mexican and a Hawaiian donair. I recommend everything. There’s good pizza, too, by the way.

GP’s, I should add, also has ice cream and milkshakes. While we talk, the walk-up traffic from children looking for ice cream on a hot day is noticeably good. At first I thought it might be hard for GP’s, because they are in a mostly residential area, and appear to be off the beaten track. Both Leupelt and Cho insist, though, that the neighbourhood is full of out-of-town students, and that their customers are loyal and regular. Hungry students are the best kind of business. Even if you don’t live in the area, the place is worth the pilgrimage. 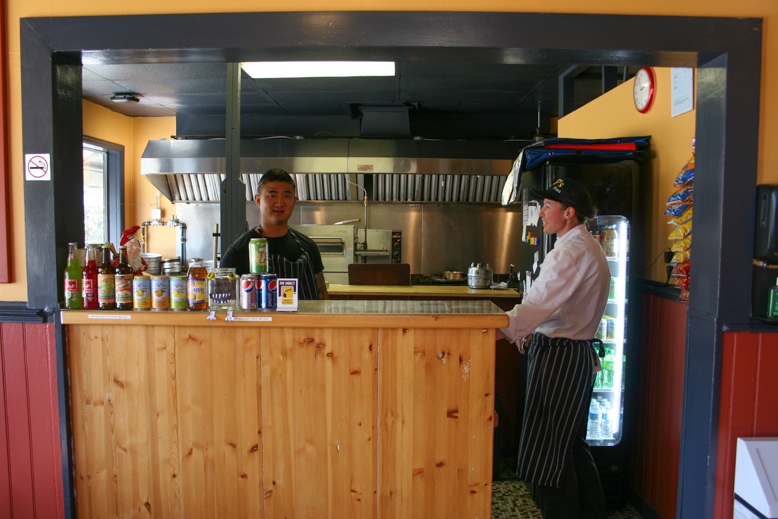 Vegetarians, take note: GP’s also has a vegetarian donair, made with grilled zucchini grown in the restaurant’s own garden. The cucumber that goes into the tzatziki is from the garden, too. Because the business is new, and the garden is new, presently 20% of the greens used (tomatoes, lettuce, zucchini, etc.) come from the garden, but that percentage is growing all the time (as the garden does). The deer fence around it is seven feet high, Leupelt exclaims, proudly. Somehow, in spite of the homage to Halifax, it all feels very Victorian.

It’s popular to speculate about who might have pried open and slurped the sweet, briny meat of an oyster first. But here on the West Coast, the ...
Read More