My first encounter with Herald Street occurred sometime in 1986. At the time, I was just a baby, accompanying my parents and older siblings to an exquisite, multi-course meal of oysters, Alfredo, and pallet cleansing sorbets at The Herald Street Caffe. It was always such an occasion – my mother would dress us in our finest clothing, my father would pour over the wine list, and as a family we would watch the servers in awe as they balanced plate after plate on their forearms, without skipping a beat. The Herald Street Caffe opened at 546 Herald in 1982. Prior to the hustle and bustle of the cafe, the street was an all together different place. Longtime Victoria-based designer Kim Lowe remembers the street strewn with burnt out buildings, squatters, low rentals, and art studios. “It was a dark and dirty and dingy place. It was considered the wrong side of the tracks” says Lowe. Not without it’s bohemian charm, Herald Street was considered by many to be uninviting at best, and hostile at its worst.  Then the Herald Street Caffe opened and it became “a beacon on a derelict street” Lowe states. With great excitement he recounted the many nights spent devouring bowls of pasta after dancing. “Anyone who was anyone was there. The bar sparkled, there was always happiness in the air, always the clanking of glasses”. 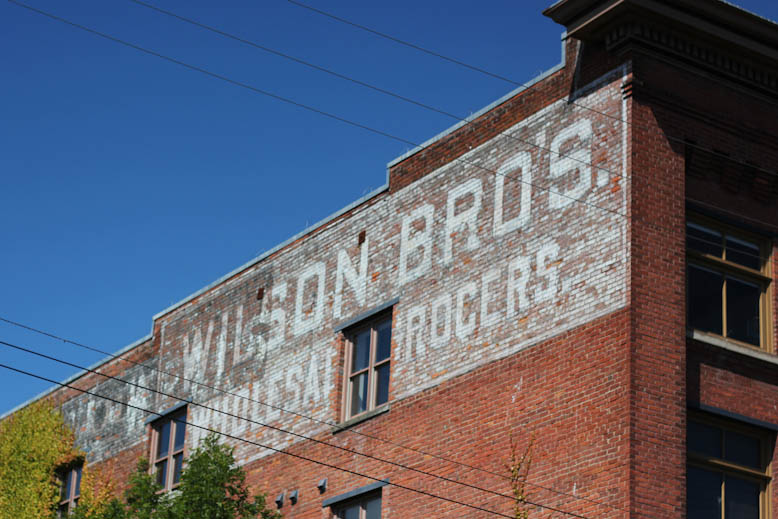 Over the years, Herald Street expanded and contracted, but what truly breaths life into the community continues to be gastronomic.  In the early 1900s, Chinese residents erected the main buildings along the street, such as the late-Victorian red brick ‘Lim Bang’ building, now inhabited by Sager’s Home Living. The street fell into disrepair, and by the late 1970s, it became a run down Bohemia. With the opening of the Herald Street Caffe, the extra pull of hungry diners began to breath new life into the neighbourhood.  Glenn Barlow, an original staff member of The Herald Street Caffe, recalls that the in the “heyday of Herald Street Caffe, there was nothing else open on that street, and after its death, the opposite”. 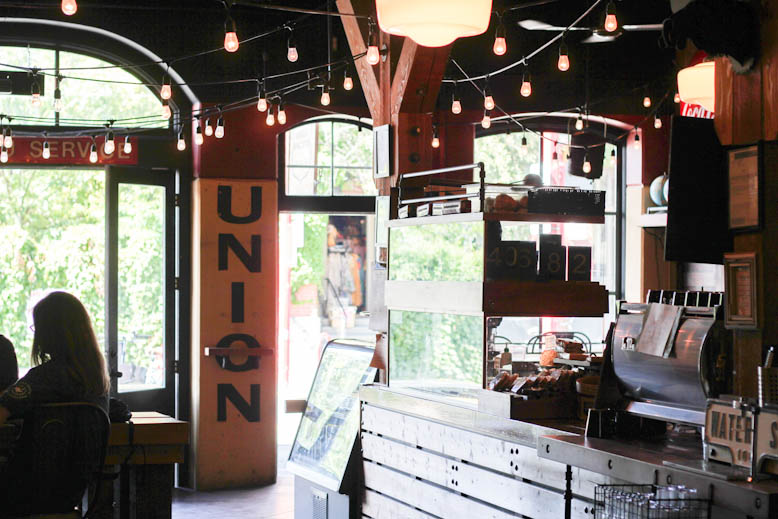 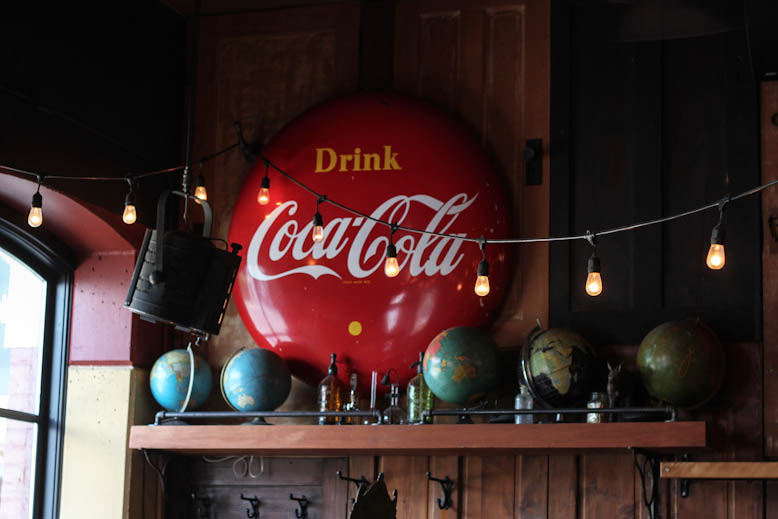 In 2006 The Union Pacific opened, and offered up another Herald Street hub, be it for business lunches or grab-and-go espresso. And in 2008, a section of the old Herald Street Caffe location was transformed into Solomon Siegel’s artisan cocktail bar, Solomon’s that has had a lasting effect on the local bartending scene. Solomon’s “changed how people saw the cocktail scene in Victoria” says Siegel.  After Solomon’s, the space briefly became The Geisha Tapas Bar, before the instant-hit breakfast joint, Jam Café, was ushered into its place in 2012. Opened by Jim and Candy Walmsley (the same folks who brought you The Union Pacific), Jam Cafe has quickly become a huge draw to the area. One cannot pass by Herald Street on a weekend without noticing the line of breakfast goers wrapped around the block.

Ashley Tait, owner and operator of the vintage clothing store Mavens‘, says that there has been a great change in the clientele in the 3 1/2 years she has been in her Herald Street location. “The only places that are still here from when I opened are Sager’s and the Union Pacific,” says Tait. With Jam Cafe came a “younger crowd”, one more focused on perusing shops for special finds, and enjoying specialty coffees in the back courtyard of the Union Pacific. 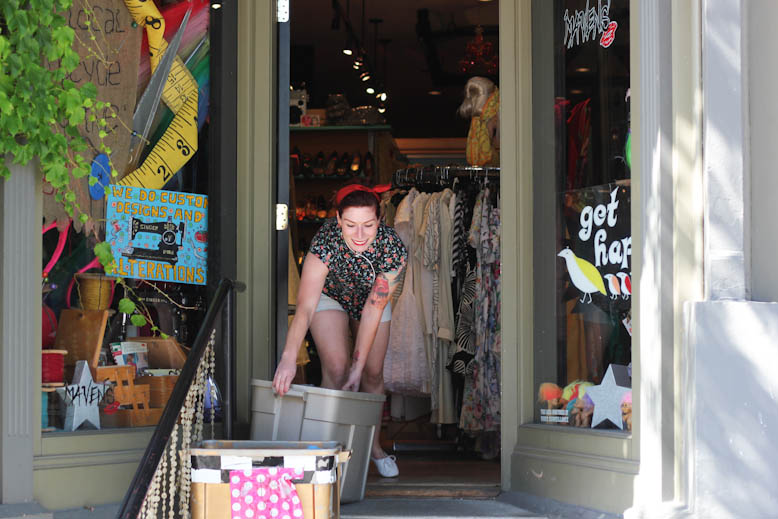 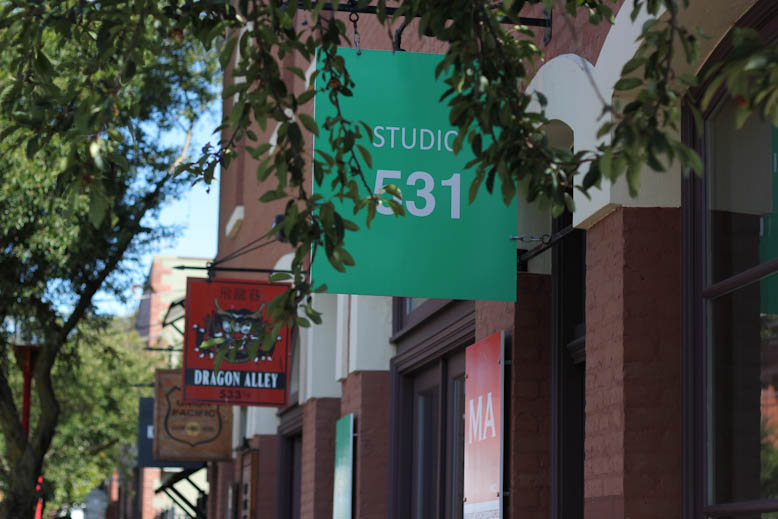 Herald Street is a unique part of Victoria.  As it sits just outside of the tourist core of the city, it has developed its own atmosphere, cultivated by its bohemian history.  Although it may be a small stretch of road, there is a lot to experience.  For a stroll along Herald Street, stop in at Opus for all your art supply needs, then make your way up the road and pop into Maven’s for vintage items, before checking out Chester Fields for some modern furniture, or The Fabulous Find to browse their Danish design. Along the way, you’ll find more furniture and design shops until you come to either the hopping Jam Cafe, or the more relaxed Union Pacific, where you can sit and watch the bustling street—a part of Victoria’s history. 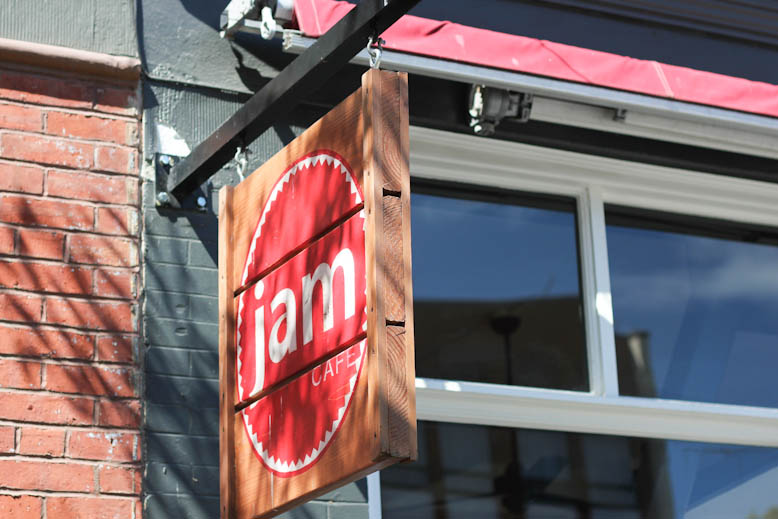 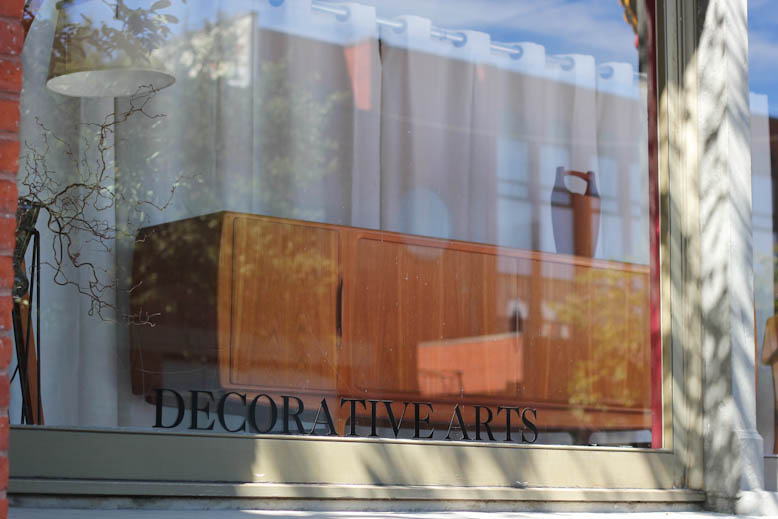 Some of the business that inhabit Herald St in 2014:

September|October issue on the stands. Read ...
Read More
August 22, 2022 — Staff, volunteers, and board members from Victoria’s Belfry Theatre have raided some of the best local wine cellars to find ...
Read More
Tucked amongst the rolling hills of the Cowichan Valley countryside is Merridale, the oldest craft cidery in BC.  Producing ciders, spirits, and ...
Read More