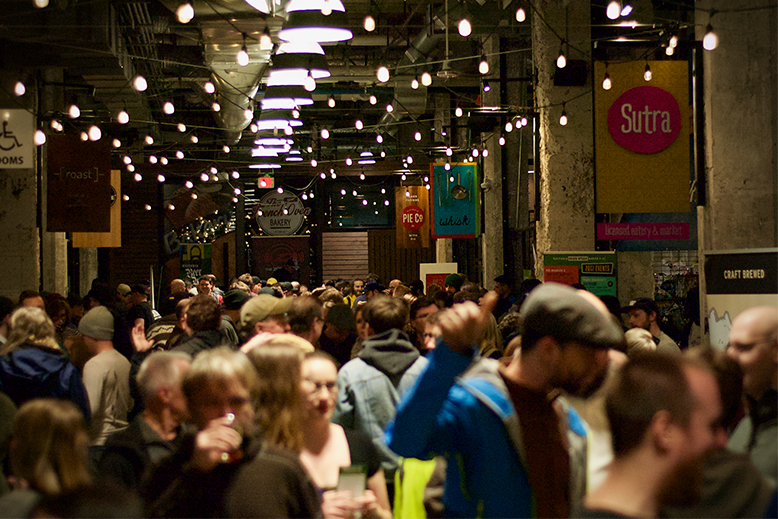 After nine days of events, Victoria Beer Week once again poured its final pint of the year. Some may still be reeling (recovering?) from the festivities as locations around town celebrated all things BC craft beer. The familiar Victoria Public Market, Centennial Square, and of course many Victoria pubs all saw some of the action through events both educational and festive.

No more than two years ago, I would have thought that calling a beer sour would have meant it had gone bad. Throughout of the festival, however, I couldn’t seem to escape the ever presence of these tangy draughts—not that I was complaining. Today, it seems to be the new trendy flavour in beer that IPA held not long ago. Over the festivities, I was introduced to a spectrum of sours ranging from face collapsing, to light and complex citrus notes.

All About the Wood, for instance, highlighted barrel aged beers; a method not typically used in many modern breweries, but one that provides for an immeasurable amount of variation. Townsite Brewery’s Bois Savage (or wild wood), is aged in cherry port casks and is so called because it is not cultured with known yeast strains but fermented by the wild yeast that settles in their Powell River barrel room. Calling back to its wild fruity origins, Bois Savage holds a pleasant level of acidity that played off of some funky earthy notes. Similarly, Four Winds’ Pequeño Cabo showed the level of complexity a sour can have. It is a Weisse aged in tequila barrels that results in an effervescent dry beer, something akin to sparkling wine. 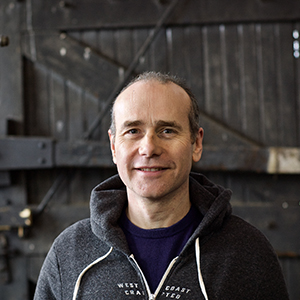 Ian Hill, the co-owner/Founder and brewmaster at Strange Fellows Brewing, helped me to unpack the sour phenomenon at the Drink in the Story event. Himself, as well as Gary Lohin, brewmaster at central City Brewers and Distillers, and local celeb Matt Phillips, founder of Phillips Brewing and Malting, all talked for a time on their experiences starting in the brewing industry. Each brewmaster shared an example of their craft and, fittingly, Hill’s choice to showcase was his sour, Coup De Foudre (or love at first sight). Along with its cherry pit flavours and round tart finish, Hill explained that, “sours are really a new frontier for beer. People are looking for the next thing, but this is more than just an easy next step. It’s a legitimate whole new spectrum.”

Hill went so far to explain that sour beer is nothing modern. Prior to Emil Christian Hansen (the first person to isolate a pure cell of yeast in 1883) and Louis Pasteur (the father of microbiology and the inventor of pasteurization), most beer from commercial breweries would have probably been soured to some degree. Before this, “breweries didn’t understand what these single-celled cultures were responsible for,” said Hill. “They didn’t even understand what yeast cultures were.”

So once again, what was old is now new. Not surprisingly, I was able to dive deep into this newfound obsession at the Pucker Up sour event at the Victoria Public Market. While 4 Mile Brewing’s Yuzu Gose provided some complex preserved lemon flavours, I loved the pithy tang of Fuggles and Warlock Craftworks’ Fig and Plum Cask. 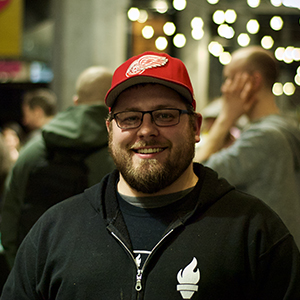 While sipping Torchlight Brewing’s Noctis Dark Lavender Hibiscus Kettle Sour, owner Josh Secord was able to weigh in on the subject. “Looking at the evolution of craft beer,” he says, “ten years ago if you said beer everyone thought of the same thing; a light American lager. That’s just what beer was. Then you had the craft beer movement and everyone was trying to out hop each other with IPAs. I think sours are the next evolution of that.” While hopefully brewers don’t start trying to out-sour one another, I know I’ll look forward to tasting what comes out of it and exploring this new obsession.

Watch this space for news of the 2018 Victoria Beer Week

Superflux Cabana has opened upstairs at 804 Broughton St (the former location of The Livet). Featuring lots of Superflux beer and a menu that ...
Read More
January|February issue is on the stands! Pick up a copy, or read the digital version. Read ...
Read More
“Is your cod fresh, brother?” The filets of grey cod glowed a translucent, fleshy white against the white butcher paper. The bearded wild man at ...
Read More