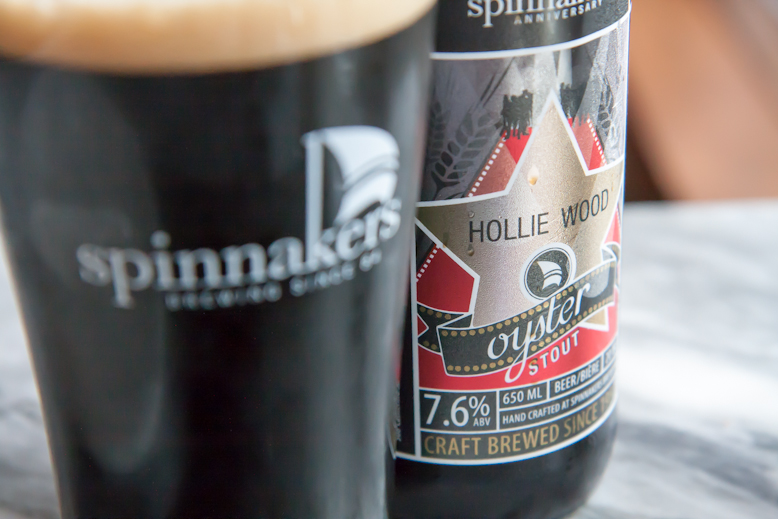 Oysters haven’t always had the classiest reputation. In fact, when British colonists arrived on the West Coast in the 19th century, the native Olympia oysters (Ostrea lurida) were considered a slightly more upscale version of bar peanuts. In an issue of Amor De Cosmos’ British Colonist newspaper on June 10th 1859, there ran an ad for “Sooke Oysters, constantly on hand and done up in every style.” The slightly-slimy snacks were served with a nice full-bodied stout at a price point available to everyone.

These days the introduction of a more fecund species, the Pacific oyster (Crassostrea gigas), combined with the ecological and economic benefits of aquaculture have made oyster farming a profitable venture, and buck-a-shuck deals mean this delicacy is available to the rest of us at pubs and bars all over town. Now, at the tail end of winter, we’re getting short on time to sample our local bivalves at their largest, freshest, and tastiest, and in EAT tradition I was curious to find out exactly where our local oysters come from. 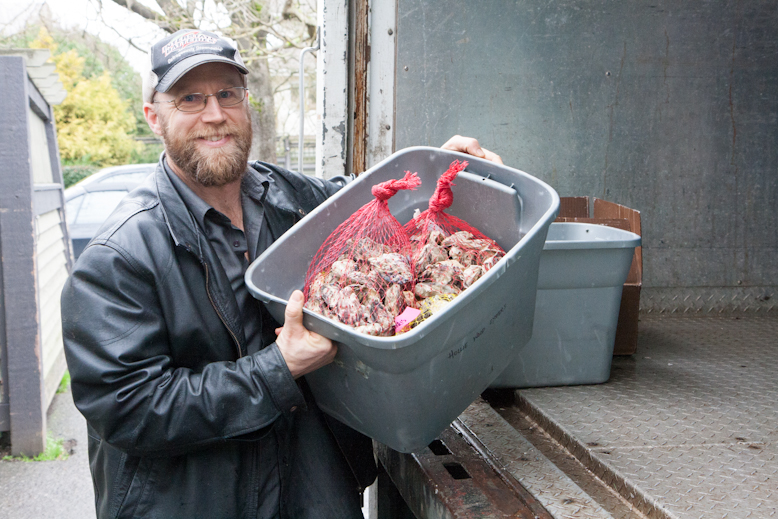 Among the many people cultivating oysters on the West coast, there’s one company that stands out for not only farming their own, but also collaborating with other local shellfish farms, pubs and bars in the spirit of building a strong community and a healthy marine environment. “It’s a very community focused kind of business, and the more oysters you grow the cleaner the environment is,” says Greg Woods of Hollie Woods Oysters. “All shellfish is filtering the ocean 24/7, so anywhere where there’s seafood it’s cleaning the marine environment for all the fish, sea lions, starfish, everybody’s happy with clean water.”

Greg has been farming oysters since he was 18. He and his wife Hollie started their own farm in 1996 after she left her 13-year tenure at Fanny Bay Oysters, and today they deliver to restaurants from Whistler Mountain’s Araxi to as far south as San Diego. “It’s a good industry,” says Greg. “When you’re supporting the community and local people that’s what it’s all about.” Hollie Wood shares their truck and drivers with Saltspring Mussels and the Out Landish Shellfish Guild, allowing the trio of small businesses to deliver their goods as cost-effectively as possible. “Being in the industry for 20 years we all kinda help each other.” 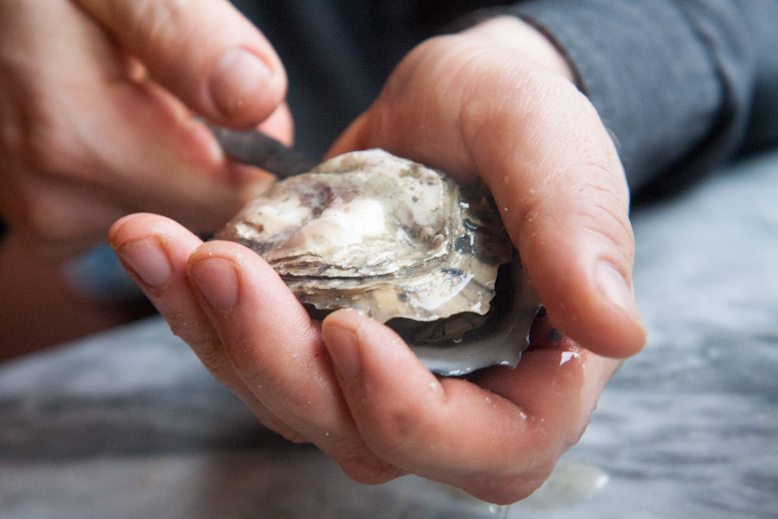 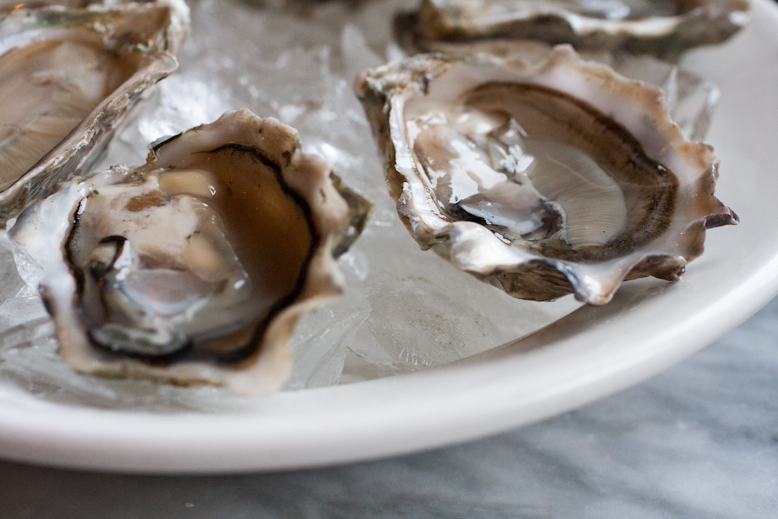 When I met up with Greg at Spinnakers Brewpub, he was in the midst of one of these mixed deliveries, loading net bags of iced mussels and clams into bins alongside his own catch. But with all due respect to his partners, Greg isn’t shy about sharing his feelings on oyster superiority. “You cook the clams and you cook the mussels, they’re more generic, where oysters are more like a fine wine,” he says. “They have a merroir, rather than a terroir like a wine. They’re unique to the area they’re grown in, so oysters are kind of exciting.”

This territoriality explains the huge array of varieties you see locally, from Kushi, to Phantom Creek, to Greg’s own Satori and Zen. These names correspond to the various beaches and bays where different farms cultivate and harvest their stock, and there are limitless factors that influence the taste. “It’s the salinity of the water, the temperature of the area, the type of phytoplankton that’s there,” says Greg. “If you’re on the Tofino side you’re going to get a lot of different water coming in, whereas if you’re on the East coast side of Vancouver Island you’re going to have warmer water, and the bays all have different rivers flowing through them so it depends a lot on the geography.” Greg’s own two labels define whether the shellfish are raft-grown or beach-grown. “Chefs like to have a variety,” he says. “On the raft-grown, the meat is really sweet and clean, it kinda tastes like a light beer… True oyster lovers like the beach ones, they’re brinier.” 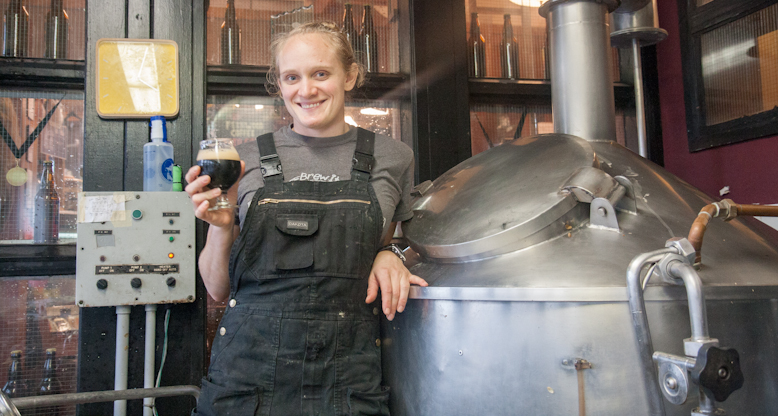 Judging from their huge order of Satori beach oysters, the Spinnakers brewery staff fit “true oyster lovers” to a T. At the moment I dropped by, the pub was in the midst of bottling their latest seasonal brew: Hollie Wood Oyster Stout. Released in recognition of the longtime relationship between Hollie Wood and the brewpub, the Spinnakers crew has incorporated Greg’s oysters in three different spots during the production of this imperial stout. “We brewed the first batch hand had intended to cut it down a little, make the first with oysters and blend it but it was just too good. We were like, no, I think we’re just gonna use that many oysters again and again,” said Kala Hadfield, brewster at the pub.

According to Kala, incorporating oysters into a stout is a practice nearly 100 years old, with records from New Zealand dating back to the 1930s. “Oyster stout is just kinda what you do. I feel the roastiness pairs well with the saltiness, you need the body of a nice rich beer. We’ve got the minerality, the saltiness that comes from the shells, but also each oyster has seawater in it, and then there’s also a nice shot of creamy mouthfeel.” 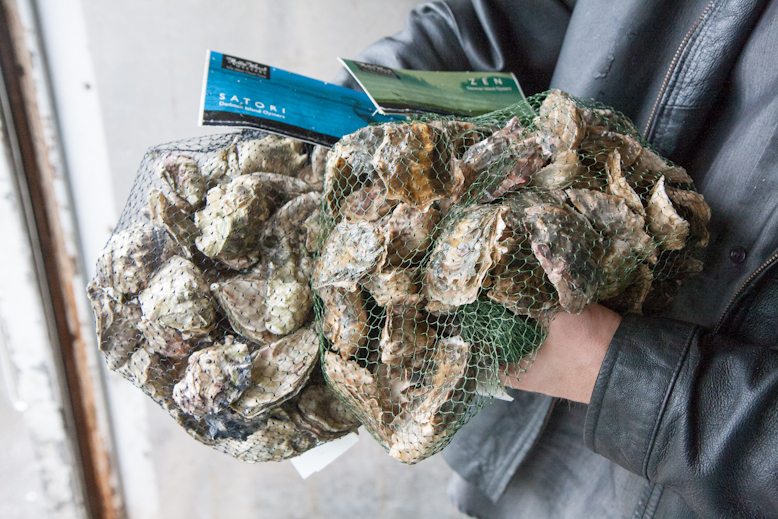 Greg is proud to have his oysters on the menu at Spinnakers in a new and exciting form. “What I like about Spinnakers is they have a lot of local food on their menu, so this is a great place to showcase local food. By doing this beer obviously they’re supporting local farmers, it’s awesome right? It just makes everybody smile. When you’re supporting the community and local people that’s what it’s all about.” And his verdict on the brew? “I’m actually really happy with how it tastes. It takes a minute but you can actually taste the oysters, they did a really good job.”

Try Spinnakers’ Hollie Wood Oyster Stout on tap at the brewpub or at your favourite local retailer; they should be well in stock by press time.