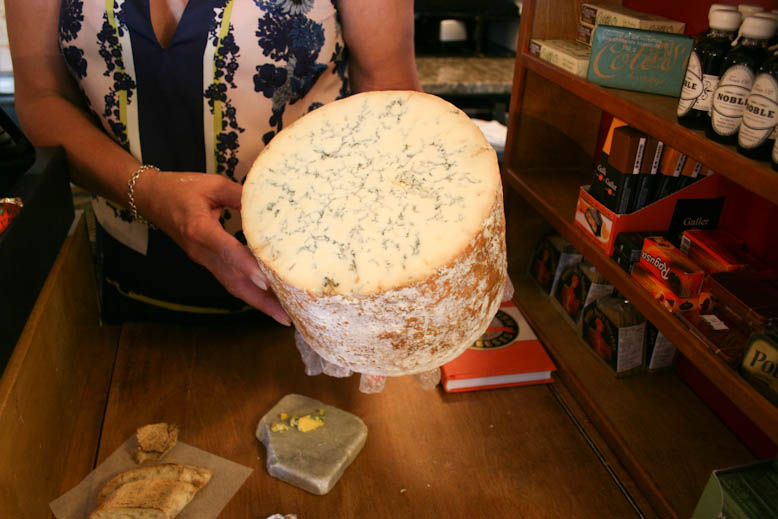 If you are looking to raise your cheese eating standards beyond the usual blocks of hard cheddar and budget brie that can be found at the supermarket, I want to offer this guide as a starting point to learning about cheese in Victoria. Here are some things to know, and some places to visit.

There are a million kinds of cheese from all over the world. Cheeses are seasonal, and some taste better in winter and some are better in summer.  Even cheeses with the same name can have diverse tastes, depending on the season they were made and whatever was in the air, hay, or milk in the location of the farm. Cheeses also have a variety of functions.  Some are best tasted on their own, and some lend themselves well to cooking, to salads, or other uses.  Cheeses can also come from different animals; generally cows, goats, or sheep. This, too, influences the flavour of the cheese.

This all may seem daunting, but the good news is that people who love cheese love to talk about cheese, and they love to suggest cheeses to people, and let them try samples.  As long as you are willing to walk up to the counter and ask, you are going to have very good experiences and are going to taste wonderful cheeses. Here are the places you should start: 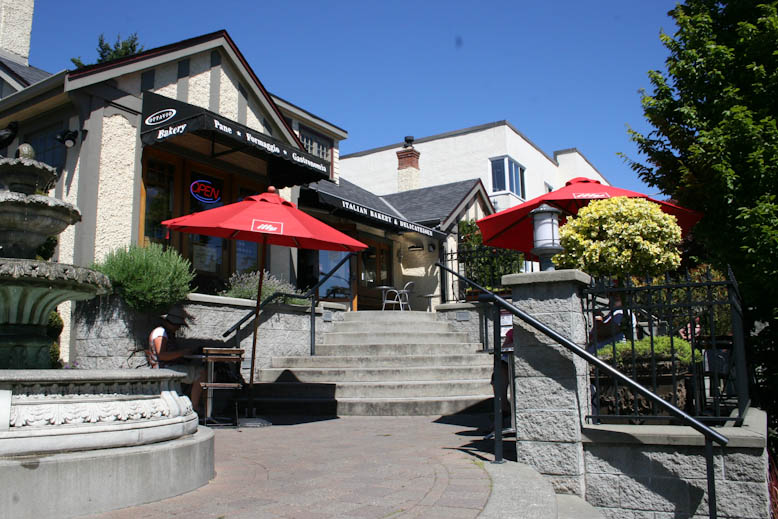 I sat down to talk with Natalie about cheese at Ottavio and we had fairly extensive tasting and conversation about the cheeses in the store. Probably because I moved here from Quebec, and because Ottavio has a wide variety of Quebec and French cheeses, we lingered quite a while on this topic. Popular in Quebec are washed rind cheeses, where the outside of the cheese is washed or soaked in a solution—water and herbs, for example—creating a contrast in colour, flavour, and texture between the inside and outside. La Fromagerie Boivin, for example, ages their cheese in cages at the bottom of a lake.

Washed rind cheeses are often complex in their flavour and sometimes overwhelming and indescribable.  Natalie recommends the somewhat milder 1608 cheese, which is made from the milk of cows originally brought over to Quebec in 1608. These cows are quite distinct from the popular Jersey cows that contribute to most of our dairy nowadays. Also on the menu is a Marcia al Vino, which is a Spanish sheep’s cheese with a rind washed in red wine—delicious, creamy, and mild.  This is also an interesting good choice for people with lactose issues, because sheep and goat cheeses tend not to inflame the belly as much as cow cheeses do. There were many more cheeses tried and talked about, but, in the interest of space, I leave you to go to Ottavio and make your own discoveries. 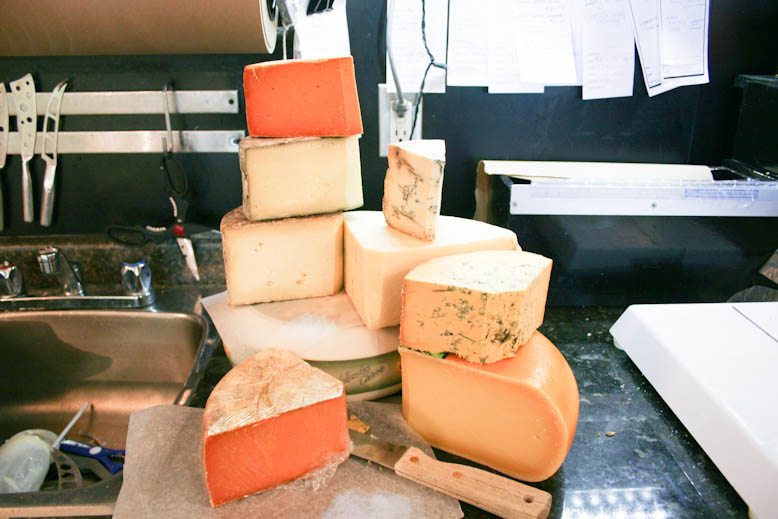 In my old copy of the 1961 Larousse Gastronomique, there is an exhaustive article on Marie Harel, the woman who, in 1791, reputedly perfected camembert cheese in a cave near her home. If you flip to the article on cheddar, though, you will find an entry of one line that claims cheddar is “an orange cheese from England”. This kind of coverage typifies the sort of respect English cheeses have historically gotten in comparison to their cousins on the continent.

To disabuse yourself of this notion, you ought to visit Carmen at Charelli’s, where they specialize in English cheeses (importing largely through Neal’s Yard Dairy. If you want to try true English cheddar, the Keen’s Cheddar is an unpasteurized, small batch cheese that has a sublime combination of creaminess and grit. If, on the other hand, you want to try a cheese that you will be left pondering for hours or days after, just because of the bizarre and delightful explosion of flavours, try Colston Bassett’s Shropshire Blue, or their hand-ladled Stilton.  Again, I could go on. 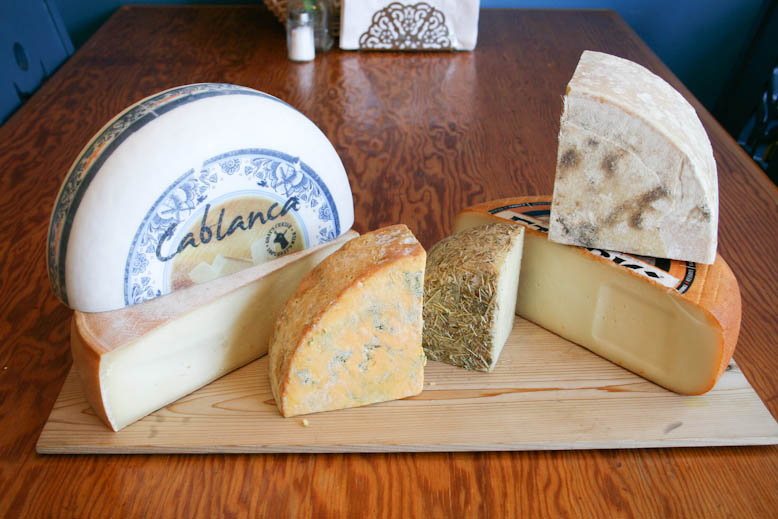 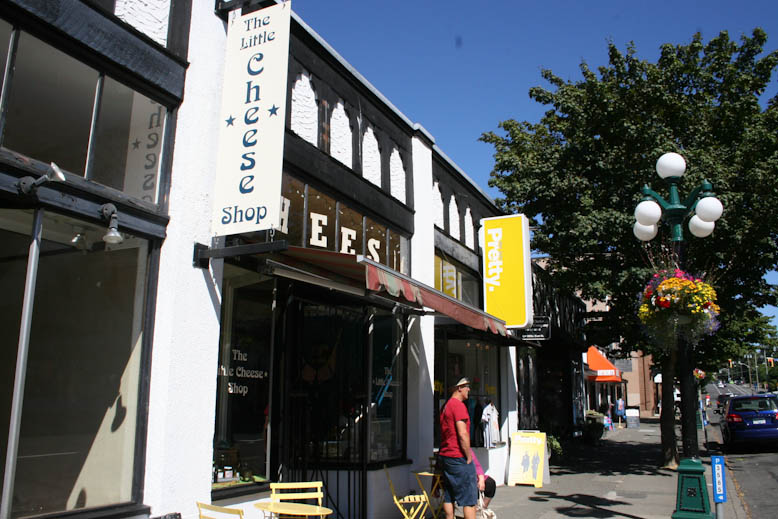 Formally Hillary’s Cheese, the shop is now owned and operated by Lauren Van Der Haegen, who gets many of her cheeses from Hillary and Patty Abbott’s Creamery at Cheese Pointe Farm in Cowichan Bay. Lauren is well-connected with a number of small, local farms who are producing award-winning cheeses. In addition to tasting a few wonderful local and imported cheeses, we also spend some time talking about cheese curds, the quintessential ingredient in poutine.

Poutine seems like an easy recipe, but the nature of the curds is important. When at room temperature, a proper curd should make a squeaking sound on the teeth when bitten in half.  If it has been in the fridge, it will be too cold to squeak and once it’s melted, it won’t squeak.  The Little Cheese Shop is one of the best locations in town to get fresh curds. 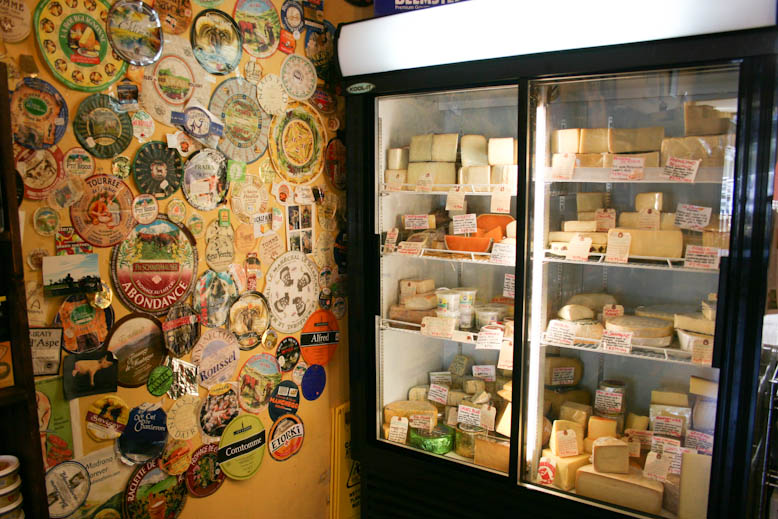 Another marvellous place. I sit down and talk with Paige about Choux Choux. The focus here is largely on French and European cheeses. We talk a bit (and this has been a recurring theme in all the conversations) about the difficulty of importing cheeses into Canada, either because of the complexities of the Free Trade Agreement, which makes international movement of goods cheaper than domestic movement, or because of differing regulations regarding cheeses in different countries.

For example, one cheese that Choux Choux has right now, the Mimolette, is banned from the United States because a part of the aging process involves allowing cheese mites to devour parts of the rind. Mimolette had a striking orange interior with a slightly nutty flavour. It is a fine cheese, so too bad for you, America. Don’t take my word for it, though, go in and ask for a sample. 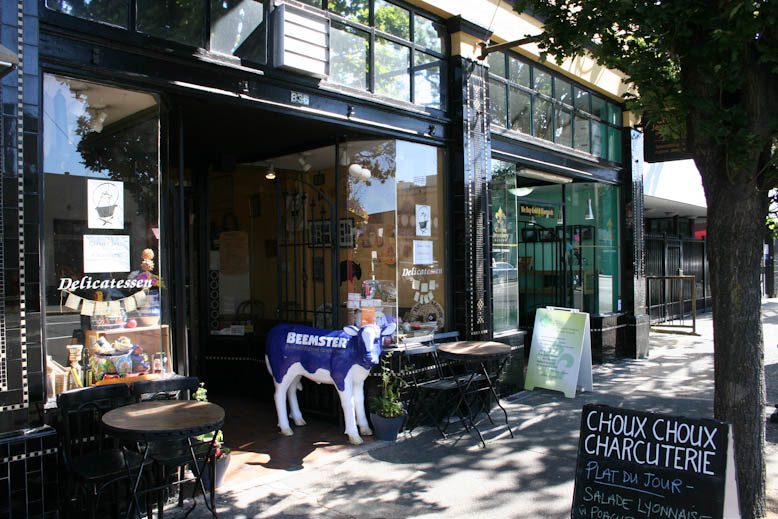 July|August issue on the stands. Read ...
Read More
During the winter season I am always on the lookout for new recipes. It’s the time of year for hosting and enjoying dinner parties and for eating ...
Read More