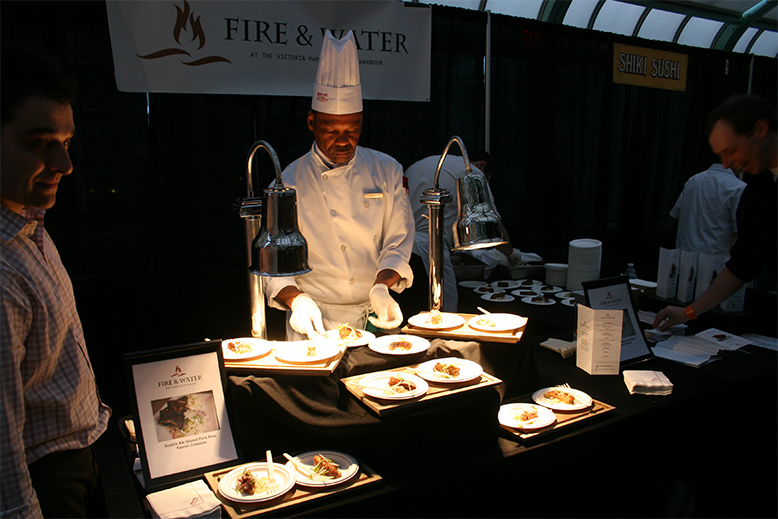 Culinaire is an opportunity for people in the food and drink industry to impress us and each other with a single, provocative mouthful. This is to say, we are talking about a cocktail party with the best hors d’oeuvres ever. The cornucopia poured out to such an extent that I don’t even know where to begin. I was most impressed by both the diversity and the creativity of the many miniature dishes I sampled. I also revisited some known favourites with pleasure (Hoyne’s Dark Matter, for example), and I got a taste of a whole bunch of different wines. I have to pick something to talk about, though, so here we go. 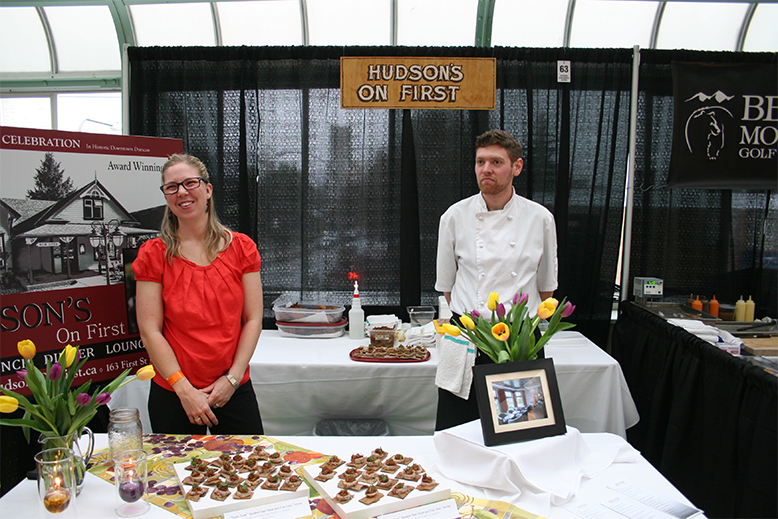 Vista 18 was offering a skewer with deep fried Humboldt squid topped with a Thai chili tartar. I could have eaten a couple of thousand of these. Hudson’s on First, meanwhile, was offering a complex but well blended bite: “Notta Farm” smoked ham hock and foie gras terrine, with preserved peach and endive compote on a rye crisp. It’s a mouth full to even say it, but it came together artfully on my palate. 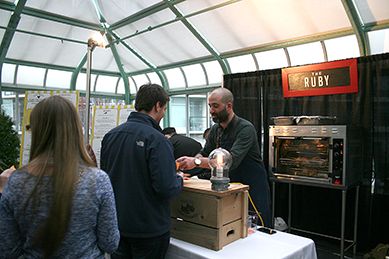 New players in town, the Ruby, offered a rotisserie duck sandwich that garnered an extraordinary line up. I’ve been meaning to go and check out their fancy breakfasts! A few stalls over, Fire and Water’s scotch glazed pork ribs with fennel coleslaw made a big impression on me. Olo, meanwhile, in a beautifully decorated booth, let patrons construct their own vegetarian wraps out of all sorts of pickled delights. As I told you, there was so much that was delicious, I almost feel bad leaving other things out. 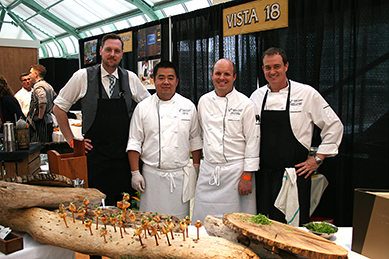 The Vista 18 crew at Culinaire

Besides stopping in with familiar friends at Hoyne, and Lighthouse, I also had a lovely conversation and a number of fine samples at both Unsworth Vinyards, and at Quench, as well. Apparently the people at Quench are fans of my ability to punctuate my articles so very elegantly. Thanks, Quench. I do try to remain on point. Veneto Tapas Lounge, downstairs, was mixing up a cocktail called the “Invictus” which had a punch that cleared my sinuses as it rolled down over my tongue. Amazing! 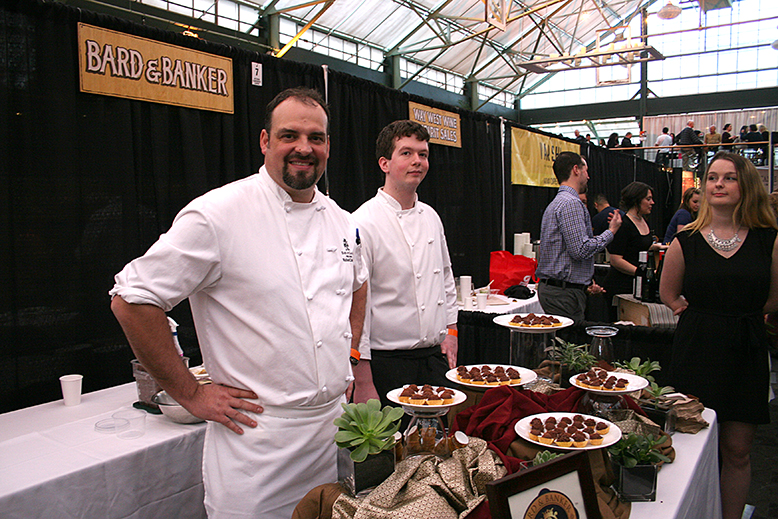 At the Bard and Banker table

Finally, with what little space I had left in my belly, I set to trying a few deserts. Again, there was all sorts of great stuff. Both Discovery and Fantastico had coffee stalls on the go, and I’m sure they were anticipating a run on their taps as people finished eating and made for the after meal refreshment. The Bard and Banker served an in house-made truffle consisting of three chocolates and coffee beans, with a caramelized coco nib. I warn you that this product could be dangerously addictive. I’m sort of craving another one right now. 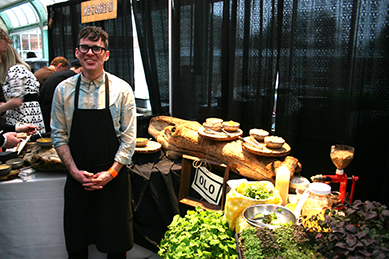 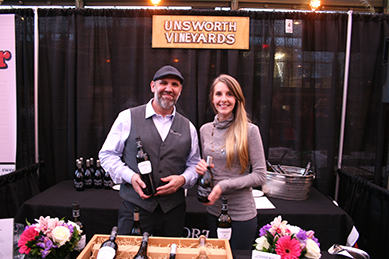 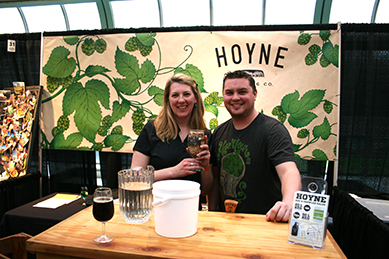 The Hoyne table was popular

Again, I apologize to all the amazing booths I left out. Everything was superb, and the effort that went into the event was visible in every level of detail. Thanks for reading, happy tasting, and see you all again soon!

July|August issue on the stands. Read ...
Read More
2011 is proving to be a pivotal year for global awareness for the ugly truth behind shark fin soup and legislation in North America banning the sale, ...
Read More