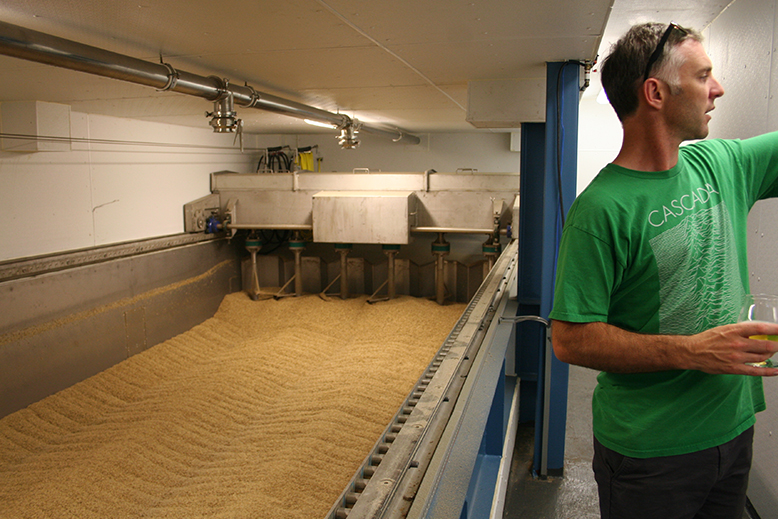 In the first place, I shouldn’t even have to defend lager, or list all the good reasons for drinking lagers. The truth is, though, that there is a lot of negativity here in Victoria toward lagers, both from drinkers and from brewers, so I’m going to make a case for why lagers are well worth a second chance. To aid me in this good fight, I went and visited both Sean Hoyne and Matt Phillips at their respective breweries to get the lowdown. Both Hoyne and Phillips are in the pro-lager camp, and both produce some delicious lagers and pilsners. I encourage you to try them all (either before, after, or during your consumption of this article).

I spoke to some other breweries, as well. Some didn’t make lagers, and made it clear that they had no interest in making lagers. Some even sent me vitriolic responses when I was so base as to mention the world “lager” to them. Whence come these dark feelings towards the delicate and light flavoured beers of continental Europe?

To those who are mystified about the difference between lagers and ales, I will say briefly that the difference is in the fermentation (ales ferment with yeast at the bottom of the tank, and lagers with the yeast at the top). Lagers take longer to brew and brew at colder temperatures. Ales tend to have a richer, heavier flavour, and can range from pale ales to dark porters and stouts. They often are drunk at a warmer temperature than lagers.

Lagers are more crisp and dry than ales. They can also range vastly in colour and include pilsners (named after the Czech city of their origin), bocks, and dortmunders. Lagers are better cold. Lager is far and away more popular around the world, but the quality of the popular ones is generally awful, and this could be one reason that craft brewers have been trying to promote ales instead. 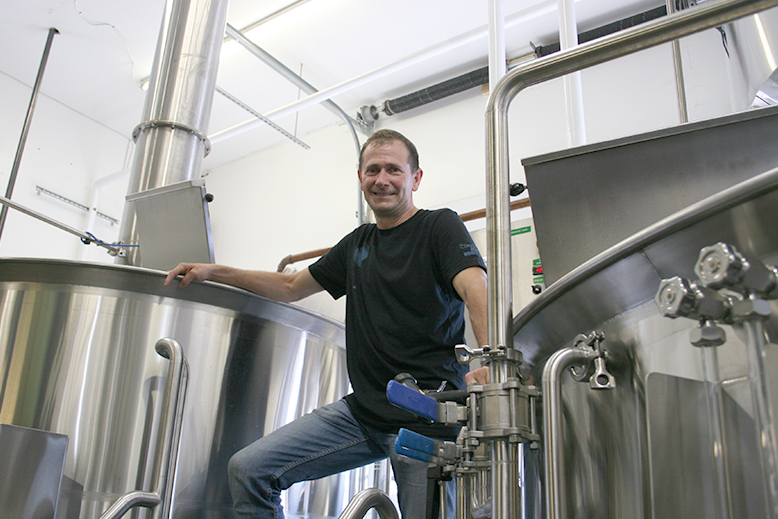 Sean Hoyne tells me that lagers started getting a bad reputation when the big corporate breweries began making them. Budweiser, for example, is based on a traditional German Budweis lager, yet it has very little to do with the original. The very fact that it is brewed with corn sugar, Hoyne says, is evidence that they don’t have any respect for the process.

Canada, I should mention, has its very own corporate-made underwhelming lagers. I won’t name any names, but they are definitely all Canadian. It is because of these brews that most people tend to view ale as more amenable to the craft. Mind you, the big Canadian breweries have also produced some truly awful ales, so I don’t entirely see why lager needs to shoulder so much castigation from the public.

Another point Hoyne makes is that lagers require a certain level of craft that ales (sometimes) don’t. A lager’s flavour is more delicate, and the brewing process is slightly more complex. A lot of brewers might not be willing to make lagers because a lager doesn’t allow for any mistakes.   It is easy for less experienced brewers to simply pile hops into their ale to mask any faults it may have and then claim they’ve produced a special IPA, but a lager is not so forgiving. Balance and understanding are required to make a good lager. Plus, the time investment is longer; the brewing process is more involved, and so many brewers may prefer the fast turnover that ales provide.

Lagers do have certain advantages over ales, though. For one thing, ales don’t always pair well with foods. The stronger the ale, the more likely that it will overwhelm the flavour of the dish. Ales, too, can be heavy, or too sweet. Sometimes when I drink one I feel like I’ve just drunk a bottle of cake. Hoyne points to the unknown variety and possibilities among lagers. The brewery is presently offering three lagers/pilsners, with another two on the way. All offer different flavours, but feature noble hops, and a crisper, lighter taste than their ales do. They are excellent summer drinks, and wear well in the winter, too.

This is not to say, Hoyne is quick to point out, that the brewery is against ales. Far from it. Hoyne loves making ales, and he loves making hoppy IPAs. I personally love drinking Dark Matter. I’m also a fan of Off The Grid, the Vienna amber lager, and Hoyne’s Pilsner, as well. The point is that appreciating every kind of beer for its unique values is the hallmark of a true beer lover. Loving lagers can give a person a much deeper understanding of what makes great ales. Note: all Hoyne’s beers are non-pasteurized, and non-filtered. They taste great, and are best drunk fresh. 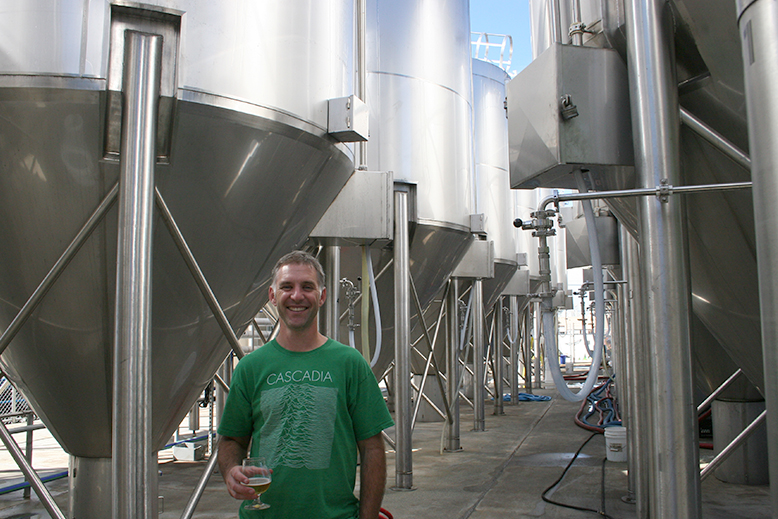 I begin my chat with Matt Phillips by asking about Ellsinore Pilsner. How did he manage to get a beer named after the legendary beer in Strange Brew? Amazingly, he said, the copyright on the name had expired, and nobody had bothered to renew it. Ellsinore is a cultural touchstone for people of a certain age, and then, under that age, nobody knows anything about that movie. We kids of the 1970s and 1980s appreciate the reference, though. I told Phillips there ought to be a black vs white road hockey game in his parking lot. He told me one of his staff was a pretty good organ player. If you have no idea what I’m talking about here you need to do some homework, kid.

Ellsinore is a pilsner, which along with Phoenix lager, make up Phillips’s year round lager offerings. They also offer a Dunkle named Dr. Funk (a dark lager) in the wintertime. Phillips is interesting in that it is the only brewery in town that is working the vertical integration angle by bringing in raw barley and malting and fermenting it themselves. He takes me on a tour of the malting facilities and is delighted to note that barley seeds that have spilled out of the tanks have taken root and started growing in the asphalt cracks of the yard.

Phillips begins by echoing Hoyne’s sentiments about lagers pairing better with foods. Lagers simply make more sense with food. They don’t overpower meals. They have an important place at the table. Yet, lagers remain a tough sell for people in the craft brewing world.

Another difficulty he points out is that because it is more expensive to make lagers (they take more time, and don’t work in the flat bottom tanks many breweries have) brewers avoid them. At the same time, because lagers are such a staple of large breweries, there is an expectation among the public that lagers ought to cost less. Thus it is a situation where brewers don’t want to lose money by making an expensive item that people don’t want to pay for anyhow. There is really no good economic reason to go into the lager business.

To me, ale and lager isn’t an either/or type scenario. I love rich stouts, and I like all sorts of ales. I love scotch ales that have been barrel aged (Phillips has some great barrel aged ale, too). I got onto lagers, though, because I was getting bored of the heavy-handed addition of hops to everything. Sometimes an incredibly bitter glass of beer just isn’t satisfying. Especially on hot days, a cold lager is exactly the thing that can satisfy the palette. Not only this, but there is a huge range of fine lagers waiting to be explored.

Try a few and you’ll probably come back to your favourite ale with a new found appreciation for its taste. For goodness sake, though, don’t drink any corporate lager. Try the ones I listed, and also check out the lagers and pilsners at Spinnakers (currently in process is a remake of their Schwartzbier, a black lager renaissance of their original 1997 brew. They also have a lager on tap and available in growlers), Vancouver Island Brewery and Moon Under Water, too. There are all kinds of people in town making cool stuff.