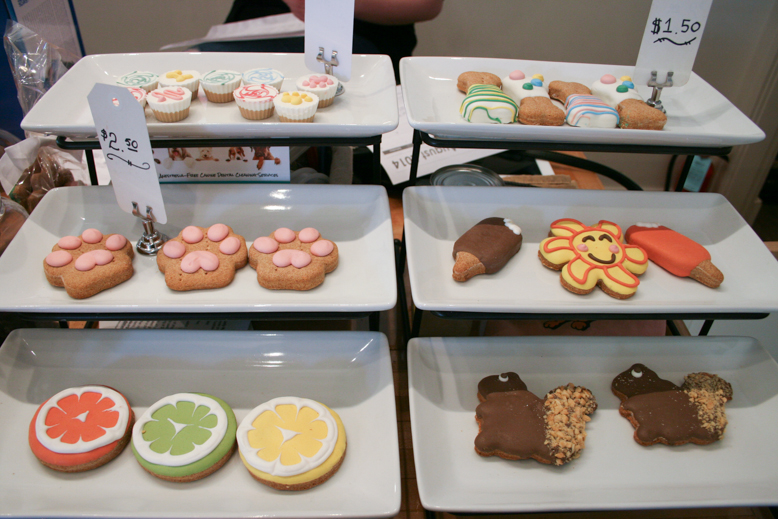 I began my investigation into the strange world of artisanal dog biscuits with some degree of skepticism.  After all, dogs generally have no compunction toward devouring whatever fluids or solids they encounter along their way and, furthermore, have nearly ironclad constitutions.  There is very little that a dog can’t eat; chocolate is one, but most everything else on the planet seems to be fair game.  The only animal I would say that could eat more things than a dog is a goat.  Goats often eat tin cans.

… despite a dog’s short lifespan, if we feed them products made with healthier, organic ingredients, the deterioration of their bodies will be less painful.

This said, it is obvious that the people who think it is important for dogs to eat artisanal biscuits are dog owners.  It isn’t as though dogs volunteer to dress in little sweaters, either, or to walk about in the snow in wee booties that protect their paws.  Clearly dog owners want to put themselves ahead of the pack by spending a little more to please their pet companions.  I spoke to my friend Andrea, a dog owner (and avowed pragmatist) about this and she insisted that, despite the number of high-end doggy treats she is given by her family at Christmas, her dog prefers to eat industrial grade peanut butter.  Andrea tried to give the dog organic peanut butter once and she (the dog, that is) ended up with the runs for several days.

Still, in the interests of hard-hitting investigative journalism, I decided to look into the problem.  I went to visit Iris at Dog Cookies by Iris (editor’s note: haven’t been able to get Iris’s jingle out of my head, kudos!) in the Moss St. Market.  The thing is, Iris informed me after I laid down my doubts, that despite a dog’s short lifespan, if we feed them products made with healthier, organic ingredients, the deterioration of their bodies will be less painful. 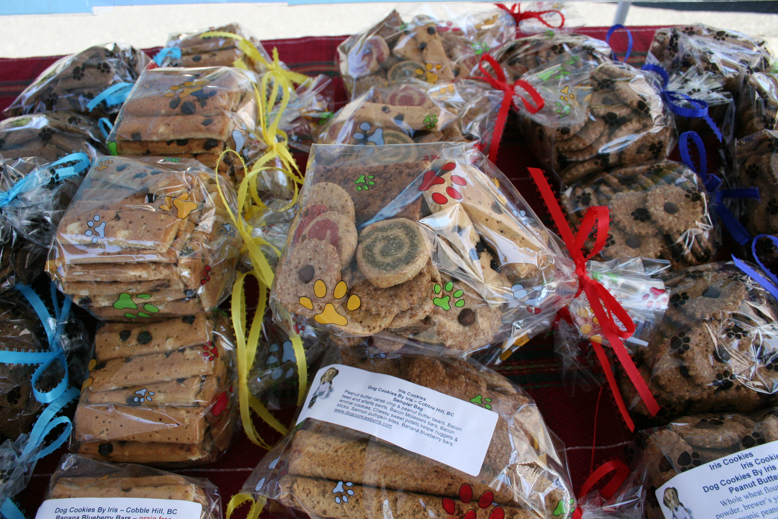 It is true I have witnessed more than a few dogs that once bounded over the green to merrily chew my Frisbee to bits now lurching along in halting steps on ancient and arthritic legs brittle as sticks. Iris’s answer—seaweed.  You often see dogs diving into the water and eating seaweed on their own.  This is because seaweed alleviates the symptoms of arthritis in dogs.  Iris points out other cookies, those good for digestion and those good for other ailments.  Everything is organic and local, and she claims the cookies are good enough that some parents even buy them for their children. 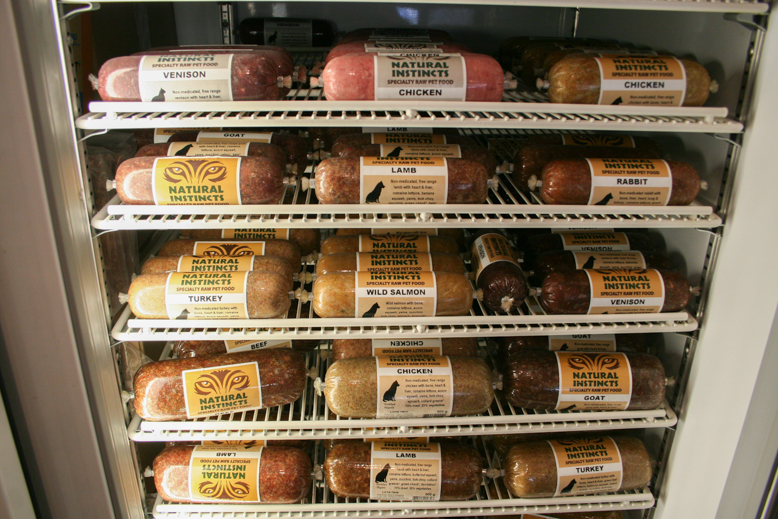 At Paws on Cook, it is a similar story.  They have packets of organic meat and cookies as fancy as cupcakes that people can buy for their dogs.  The days of my childhood with my grandfather dragging a huge sack of Milkbone biscuits out of the back of his truck seems long removed. I suspect that outside the urban ring (and by and large in it) some people are still feeding their dogs the best (in my opinion) treat that a pet could ask for: an old bone with a bit of meat on it.  Nevertheless, artisanal dog biscuits are here to stay.

July|August issue on the stands. Read ...
Read More
Spicy Chicken and Shiitake Skewers Rebecca Wellman serves up her delicious take on chicken and mushroom skewers with a tasty side of sauce. Serves 4 ...
Read More