It’s half-past seven on a warm Okanagan summer evening, a slight breeze adding texture to Skaha Lake and keeping most of the mosquitos at bay. After circulating around the tasting tent, my fella and I queue up for the promise of generous pulled pork sandwiches while winemakers hastily tidy up to indulge with us. The event: Party in the Park with the Okanagan Falls Winery Association.

The scene described is far from the typical winemaker dinner, where elegant tables are decked out with white linens and Riedel glassware. This was vinyl tablecloths and park-safe stemless cups; winemakers wearing flip-flops and carrying disposable plates heaped with barbecue. It seems there’s a movement afoot to de-glam our wine tasting experiences, and British Columbia wineries are quickly embracing it.

It’s difficult to determine when the winemaker dinner experience became entrenched in our consumer consciousness. When we think of them, we imagine those white linens and wine-paired haute cuisine. Ticket prices can range from mildly expensive to the equivalent of a weekly grocery budget for a family of four. This is expected: the location is often a four-star restaurant, with guests paying for the opportunity to dine with a winemaker – the value being more than a sum of individual parts.

Access for those events is currency, and those with means can pay for it. But how we interact with wineries and winemakers is changing. It’s obvious that tourism to BC’s wine regions has increased over the last decade, aided greatly though the Internet, online wine sales and social media. Prior to wine regions being marketed as destination tourism and the growing preponderance of tasting rooms at wineries, the main avenue for the public to connect with winemakers was through the winemaker dinner.

North Americans live in a celebrity culture, with multi-billion dollar heiresses and someone called the Kardashians (I have yet to understand the claim to fame). It seems even the wine world cannot escape the celebri-fying of its principal players. “Rockstar winemaker” is a term used to describe both Charles Smith, and actual rock stars like AC/DC. With the winemaker as celebrity, it’s easier to understand how an exclusive dinner can command hundreds of dollars per ticket.

British Columbian locavores have a tendancy to elevate winemakers to a similar celebrity status. We do the same with chefs, although winemakers don’t have their own television shows (yet). When brands are built on people, a celebrity culture is almost a natural result. Does that make it reasonable? It’s subjective to those participating, as is the value of the dinner itself. In 1999 I paid $150 to see Tom Waits perform in Vancouver. What the equivalent amount would be in today’s economy I don’t want to know – but at the time, the proposed value was reasonable for a unique and arguably authentic experience. After all, it was Tom Waits. 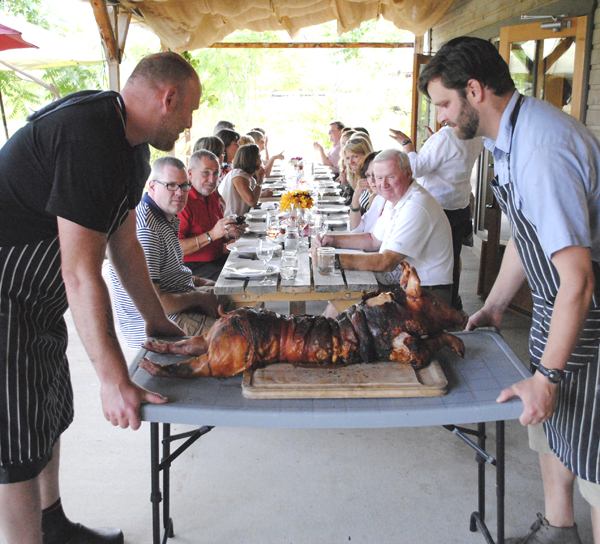 The Changing of the Guard

When our main access to winemakers was through wine dinners, the package was easier for wineries to market – but somewhat restrictive to consumers. Now, we can send a Tweet/email/Facebook message to our favourite winemaker or winery principal and learn when the next bottling date is – or if they’ll be in attendance at a particular winery event,

Winemakers are becoming more accessible, and we as consumers can have more personal interactions with them than small talk around a linen-clad table. This is where events like Party in the Park come into play. Here the value proposition changes, with these events trading more heavily on the it-is-what-you-make-it concept; the relaxed and casual interactions winemakers and winery principals have with consumers is vastly different than those at a more formalized and structured dinner. Some people are asking: is there room for both?

On one hand, proprietors like John Skinner of Painted Rock Estate Winery don’t view winemaker dinners as an either/or decision over more casual events. “They enable wineries like mine to express our individuality,” he says. “We have time to show multi-vintage wines.” According to John, this is where wineries can take the consumer relationship to a different level. “It really is a significantly deeper investigation of the mandate and story of a particular winery.” This is an evolution of winemaker dinners as we knew them: the commodity shifts focus from the winemaker to the relationship between consumer and producer.

Matt Holmes, winemaker at Liquidity Wines, believes winemaker dinners provide required structure in wine tasting. “Wines can be evaluated under the optimal circumstances for them,” he says. Having control over temperature, pairing, and timing is critical when showcasing older vintages.

On the other hand, casual events encourage consumers to explore a region at their own pace – and all under one roof (or tent). There are 12 wineries in the Okanagan Falls association; if each winery pours three or four wines, the amount available for consumer tasting is between 36 and 48. “It’s not intimidating to get around to all of them,” says Matt. The commodity for casual group events: a one-stop-shopping feeling, without being overwhelmed. 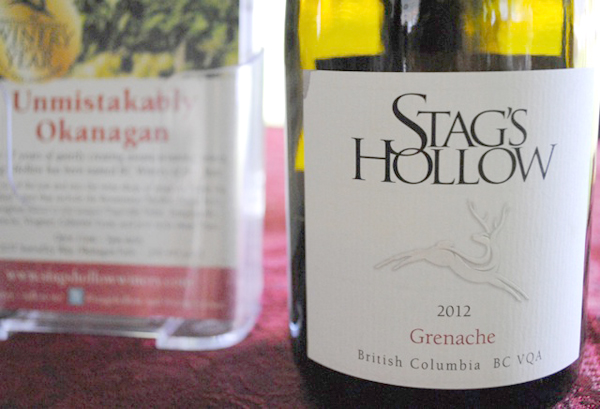 “I don’t think winemaker dinners are going to disappear,” says Dwight Sick, winemaker at Stag’s Hollow. “But there’s definitely an evolution.” He cites events like Feast of Fields as an example of the new blended dinner and event. ‘Feast’, as it’s affectionately called, is a fundraiser for Farm Folk City Folk and has events on Vancouver Island, Vancouver, and the Okanagan with a goal of introducing guests to the relationships between the producer, the chef, and a beverage (winery, brewery, cidery, distillery) in what event organizers call “a 4-hour wandering harvest festival.”

There are intrinsic benefits to winemaker dinners that events can’t replace. The dinners provide an opportunity for wineries to spend time with the restaurants that sell their wines. “Keeping those relationships has been really cool,” says Dwight. In a community swayed by relationships, this component is vital.

Fortunately, it’s not a matter of choosing one or the other. The lines between exclusive winemaker dinner and casual event are beginning to blur. In early July, Covert Farms held their first Field Dinner of the season: with weathered picnic tables, jam-jar water glasses, and wildflower centerpieces. When we arrived, there was a pig roasting on a spit and we sat shoulder-to-shoulder with our diner neighbours. Exclusive? Well, there were fewer than 25 people. But it wasn’t $100 per ticket and we could wear jeans – which winemakers Gene Covert (Covert Farms) and Sandra Oldfield (Tinhorn Creek) did.

Perhaps the nine-course-plated meal isn’t the priority it once was. That’s fine. We said goodbye to the nouvelle cuisine of the 1980s much the same as we did with fashions like shoulder pads and leg warmers. Casual and blended events today could become the winemaker dinners of tomorrow, at which time we’ll have this conversation again. It might be premature to announce the end of winemaker dinners, but there is a shift in how we experience them. Our local winemaking world is changing rapidly, and more players are joining the mix every year. Ultimately this is a good thing – because really, those shoulder pads didn’t look good on anyone.

Noble Ridge 2010 Chardonnay: big, beautiful, and bold with buttery notes and toasty oak; delicious by itself, would love Digby scallops.

Meyer Family Vineyards 2012 Rosé: slightly savoury with a touch of sweet; lovely on its own or with a summer salad.

Stag’s Hollow 2012 Grenache (pre-release): the only Grenache wine in Canada, limited production release to wine club members. Well-structured with a long finish; easy like Sunday afternoon in the backyard.

Painted Rock Estate Winery 2010 Syrah: layers of depth and complexity that continue long after your glass is empty.

November | December issue on the stands. Read ...
Read More
For the ninth year in a row Rancho Vignola is setting up its Vancouver Island Harvest Sale here at the Mary Winspear Center in Sidney. Many of ...
Read More
Season’s Greetings EAT readers! We at EAT are looking forward to all the wonderful seasonal baking on offer around the city. One of the great joys ...
Read More
Masterclass Candied Citrus Holiday ...
Read More
Where in Victoria would you go for breakfast that you’d also go for dinner? That’s the question Chris Jones and Josh Goyert asked themselves when ...
Read More