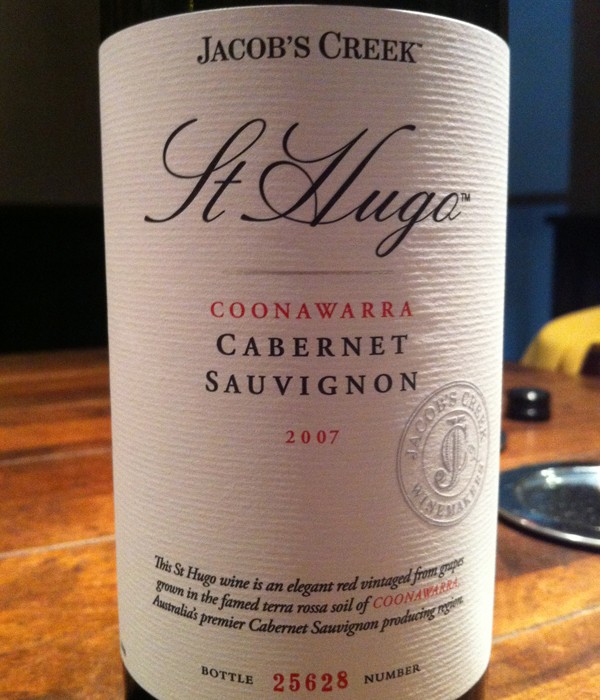 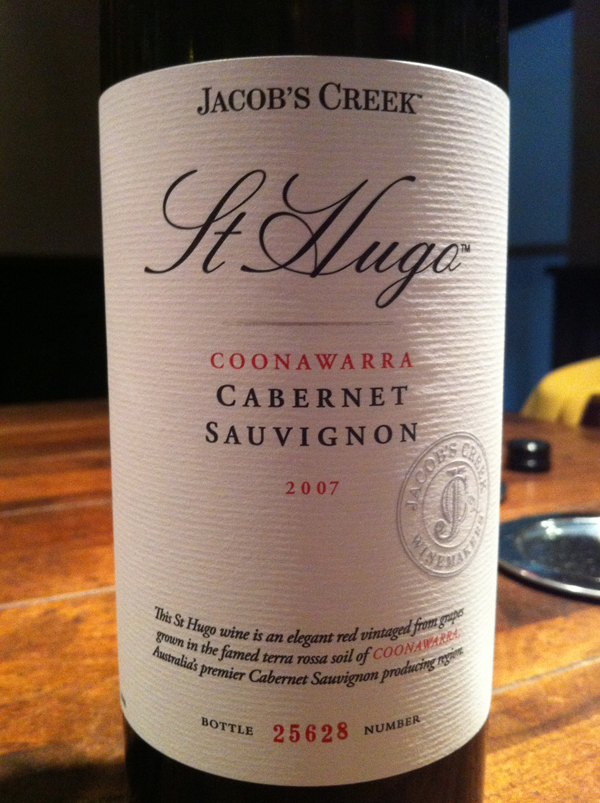 I sat down to lunch this week with Bernard Hickin, Chief Winemaker for Jacob’s Creek. This successful and widely exported brand (50+ countries) is owned by Orlando Wines, part of the mega conglom Premium Wine Brands (formerly Pernod Ricard Pacific). Jacob’s Creek is Orlando’s main wine brand, and Hickin has been making wine for the company since 1976, when the Jacob’s Creek was officially launched. The roots of Orlando Wines stretch back far further than that however – founded by Bavarian immigrant Johann Gramp, the first vines were planted on the banks of Jacob’s Creek in 1847, and was the first commercial vineyard in the Barossa Valley.

Jacob’s Creek is an Aussie powerhouse at home and abroad. And while the vast majority of its sales are in the Classic Range – varietally labeled, everyday value priced wines – Bernard was in Vancouver to discuss his premium bottlings, the Regional Reserve and Heritage series. St. Hugo Cabernet Sauvignon is in the latter tier, named for Johann Gramp’s grandson Hugo. It is from their highest quality selected old vines in the Coonawarra region, where the famed Terra Rossa soils are known to be one of the best suited for Cabernet Sauvignon. Dusty cassis, anise, eucalypt on the nose carries through to the palate, with very soft, cushy tannins, cedarwood spice and semidark chocolate. Ripe and soft in the mouth, this wine is friendly, easily accessible and drinking well now, making it obvious as to why it’s a huge seller in Australia. All of the wines are under screwcap, including their super premium reds. According to Bernard, it’s completely commonplace in Australia, and studies at the winery have shown that bottle maturity is occurring at a slower rate, preserving more of the fruity characters longer than a traditional cork closure.  I would like to revisit this Coonawarra Cab Sauv in a few years time to see some more of the secondary characteristics emerge, though as I mentioned above, this is a widely appealing wine at its present time. Pair with herbed and minted lamb.

Dusty cassis, anise, eucalypt on the nose carries through to the palate, with soft, cushy tannins, cedarwood spice and semidark chocolate. Ripe and soft in the mouth, this wine is friendly, easily accessible and drinking well now, making it obvious as to why it’s a huge seller in Australia. Pair with herbed and minted lamb.

When it comes to eating seafood, crab is one of the finest in selection. The flesh is buttery, sweet and meaty. From the Pacific Northwest to the ...
Read More