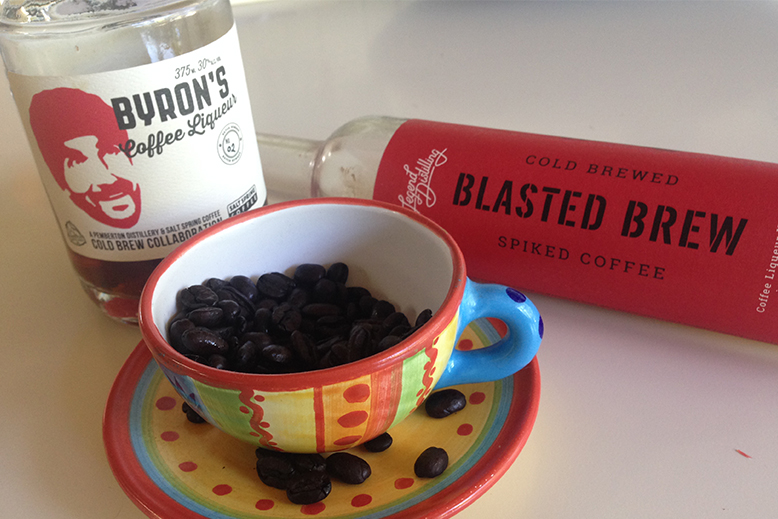 There’s been an explosion in local distilleries in the last few years, and signs are they’re growing in exciting new directions. I talked to two—Pemberton Distillery and Legend Distilling—that have launched coffee liqueurs in collaboration with local coffee roasters.

Pemberton Distillery was founded six years ago and is one of BC’s first craft distilleries. They started making organic vodka, using local potatoes; a very natural fit since Pemberton is the seed potato capital of Canada. Since then, they have expanded their line to offer a range of other spirits and fruit liqueurs. Co-owner Lorien Schramm reports that when they wanted to add a coffee liqueur, they went straight to Salt Spring Coffee because of a shared commitment to organic and fair trade. She laughingly admits that it also helped that she and her husband, the distiller, are huge fans of the coffee.

Dawn Lennie, co-owner of Legend Distilling in the Naramata Bench, was inspired by the coffee liqueurs she saw being offered in Portland. Lennie was one of the founders of Bench Market in Penticton and had a long standing relationship with Backyard Beans, so choosing a partner was easy. Again, this is a partnership based on shared values and a commitment to organic and “farmer friendly” beans.

Both liqueurs are modelled on Kahlúa, the famous rum-based liqueur from Mexico, but these BC offerings are distinct. Both are based on vodka and neither is as sweet, placing a much stronger focus on the coffee flavour. With that emphasis, choosing the right coffee was critical. Lennie knew that for Legend Distillery’s liqueur, they wanted a darker roast, but it still took multiple trials before they settled on the organic “Good Old Days” blend from El Salvador. Schramm notes that Pemberton Distillery also tried several blends before choosing “Byron’s Mabacaturra Washed” blend from Nicaragua. Both have opted for a cold brew process to bring out the coffee flavour, but decrease the bitterness.

There’s an obvious temptation to simply add the liqueurs to coffee and enjoy the buzz, but I asked Lennie and Schramm if there were any more sophisticated ways of enjoying them. Both admitted to enjoying it straight or over ice, but had some other ideas. Lennie suggested making a “local” Black Russian cocktail, which pairs local vodka with the coffee liqueur. Schramm also went with a local option – putting a layer of Avalon organic cream over the liqueur. Now that seems like a breakfast for kings.

The article on L’Apéro in the May|June issue should have stated Chef Andrea Maiolo staged at The Courtney Room and Zambri’s and that he held the ...
Read More
May|June issue on the stands. Read ...
Read More
In his minimal spare time, the Superior’s chef Torin has been playing around with simple syrups for summer drinks and recommends infusing them ...
Read More