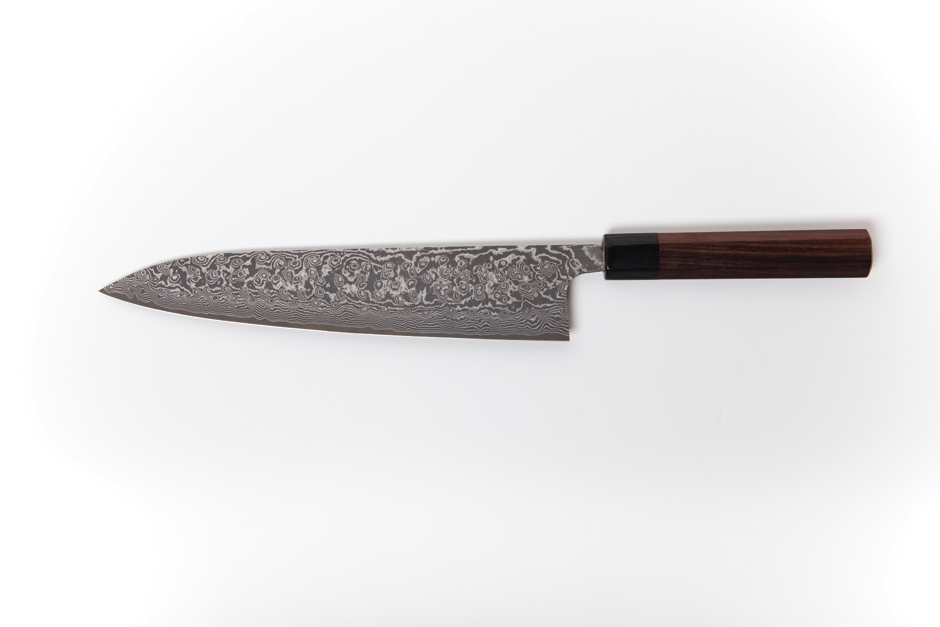 “Knifewear’s handmade Japanese knives are usable art for the kitchen.”

But for Kevin Kent, it sounds like—pardon the pun—a sharp decision.

He’s the creator of Knifewear, a Calgary-based store specializing in handmade Japanese knives. He and his team will open two temporary pop-up locations this summer on the West Coast: a Vancouver shop in The Chinatown Experiment and a Victoria shop in the Fernwood Coffee Roastery.

A self-proclaimed “knife nerd,” Kent himself is a big fan of good coffee, food and cooking. He became fascinated by Japanese knives when he was a sous-chef at St. John restaurant, legendary chef Fergus Henderson’s restaurant in London, England.

There Kent was introduced to a Japanese blacksmith who challenged him to try his handmade knives. Kent brushed him off, noting that he already had a set of “fine European knives.”

But the blacksmith insisted.

“That’s the day I discovered what ‘razor-sharp’ really meant,” Kent says with a chuckle.

That’s also the day Kent started both a collection and a new career. He bought his first knife, then another and another. Shortly after returning to Canada in 2007, he began selling these handcrafted Japanese chef’s knives to his chef buddies out of his backpack on the back of his bicycle around downtown Calgary.

By 2008, he had left his job as a chef at River Café and opened his first store. Now he has shops in Kelowna, Edmonton, Ottawa and Calgary, plus a thriving online business at knifewear.com.

Yet he still finds time to visit Japan twice a year, to meet with makers like Kato san and Fujiwara san, and learn more about what makes their knives so special. He continues to be impressed with Japanese craftsmanship, which descends directly from ancient samurai swordmaking traditions, more than 1,000 years ago. And he loves to discuss why he thinks Japanese knives are the best.

“They’re made from harder steel, so they’ll stay sharp longer,” Kent says. “I think people appreciate buying a good knife once, instead of a bunch of crappy knives often.”

Just like the year-round permanent locations, the pop-up stores in Vancouver and Victoria will sell cool kitchenware, T-shirts and cookbooks, in addition to the Japanese knives. And shoppers will have a chance to try sample knives in their search to find the one that fits their budget and lifestyle. (A Japanese knife, Kent notes, is perfect for cutting paper-thin slices for the perfect tomato sandwich.)

“Most people, if they have something handmade, it’s generally food or a painting on the wall,” Kent says. “But a Japanese knife gives you something handmade that you can use everyday, something with a link to both fine craftsmanship and the past. It’s like art for your kitchen.”

For the ninth year in a row Rancho Vignola is setting up its Vancouver Island Harvest Sale here at the Mary Winspear Center in Sidney. Many of ...
Read More
Season’s Greetings EAT readers! We at EAT are looking forward to all the wonderful seasonal baking on offer around the city. One of the great joys ...
Read More
Masterclass Candied Citrus Holiday ...
Read More
November | December issue on the stands. Read ...
Read More
We have had a handful of bright sunny days so far; that we keep hoping are signaling the end of winter and the coming of spring, but it hasn’t ...
Read More