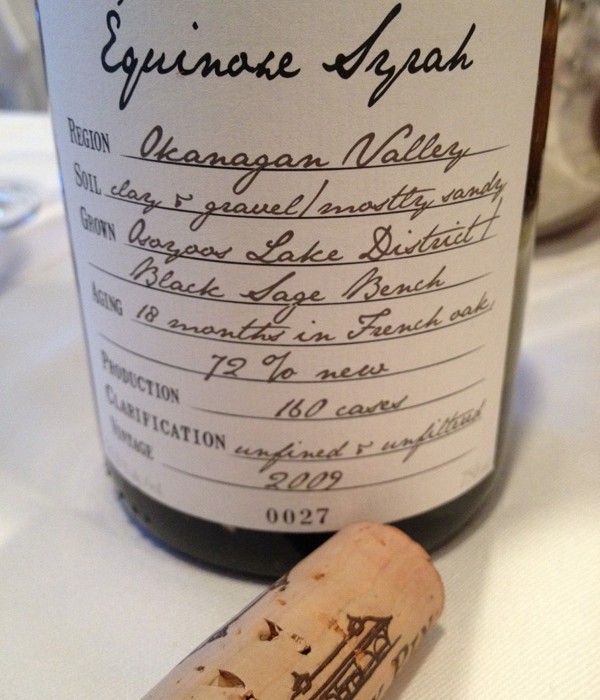 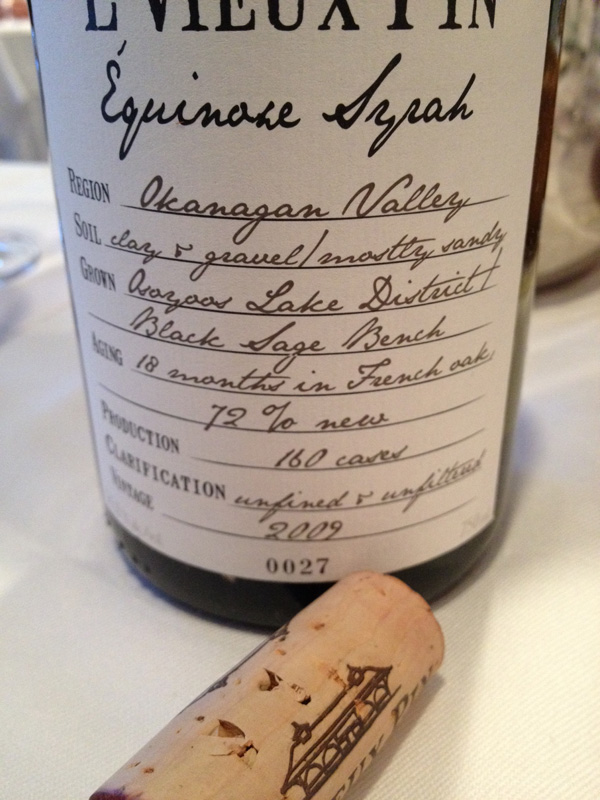 Le Vieux Pin is a small production winery on the coveted Black Sage Road in Oliver BC. The first vintage to market was 2005 and they have carved out a path for varietally correct wines that tell a story of the place and vintage in the South Okanagan.

On September 12, General Manager Rasoul Salehi and winemaker Severine Pinte hosted a Master Class of the Equinoxe wines. Equinoxe is their top tier of wines, limited in volume and raised in prestige.

Among the wines tasted were two very different Syrahs. The 2008 was rich and full, while the 2009 was leaner and more floral, but both shared the same sense of place and structure with a bracing acidity.The amount of similarities was equal to the amount of differences, highlighting the importance and excitement of vintage variation.

Even though LVP will be focusing more on syrah in the coming years, it is their Cabernet Franc that they truly cherish. The grapes are from a single parcel of 14-year-old vines that showed particular potential during the 2006 harvest. Enough potential to make the owners “hand destem each cluster and treat it with velvet gloves”, according to Salehi.

This is the pinnacle of Equinoxe wines. The Cab Franc is extremely small production; 1 barrel in 2006, 2007 and 2008, doubling in 2009 with the 2010 vintage still yet to be determined. They are very much committed to selecting top lots from each of their five vineyards in the South Okanagan to go into the Equinoxe wines.

According to Salehi, the winery is making wines by “trying to find the story of the South Okanagan.”And part of that story is honesty on the label. “Truth in labeling is very important, but there is still a long way to go,” he said.

A few years back when I first saw the label I was impressed with the amount of information on it. Everything from region and age of vines to soil type and yield was present – a document outlining the facts of the story.

Le Vieux Pin will continue their quest for quality by adjusting each year and listening to what the vintage gives them. But one thing is for certain – the story will continually evolve and they will produce many characters in the coming years. 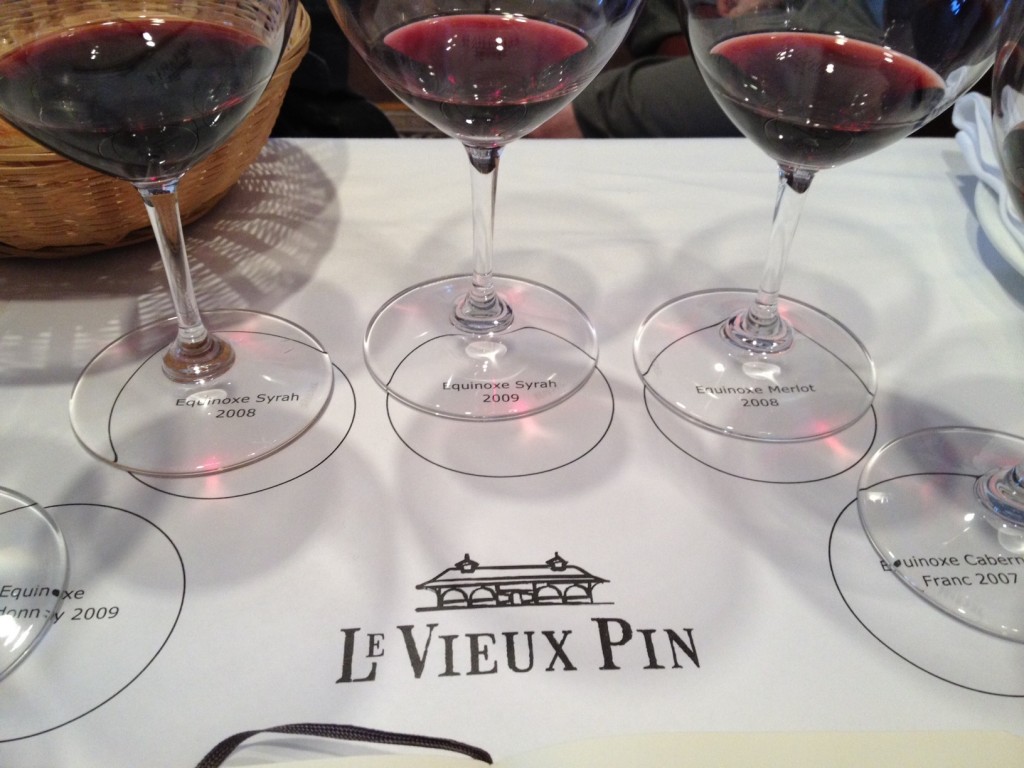 The article on L’Apéro in the May|June issue should have stated Chef Andrea Maiolo staged at The Courtney Room and Zambri’s and that he held the ...
Read More
May|June issue on the stands. Read ...
Read More
Raise your glass once again and toast the exceptional wines, beers and cuisine of British Columbia at the 8th annual Parksville Uncorked Wine & ...
Read More