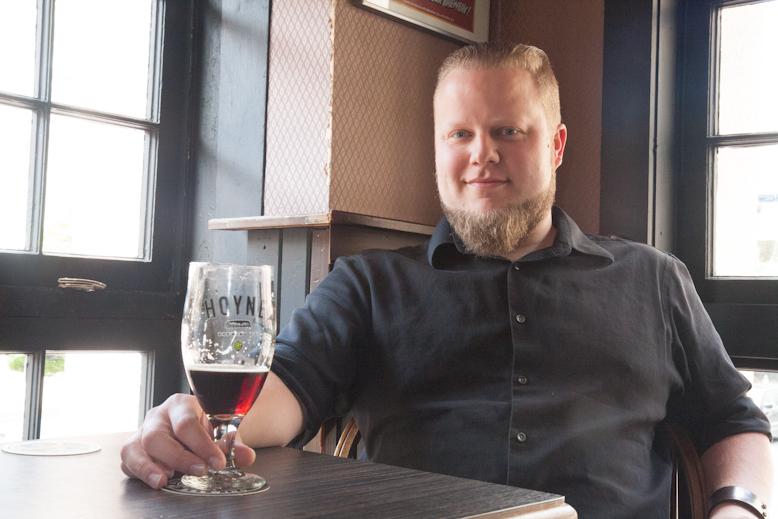 “It’s the sort of ceremony that goes along with it,” says Matt Schmitz of his love for the brew, “You get your order, watch your beer being poured; the first sip is with your eyes, a nice coloured beer poured properly in the right type of glassware. It’s a visual experience before you start tasting it, and, without looking like a pretentious ass, sniff your beer a little bit. If I’m at home with my buddies, sure, but I won’t be that guy at the bar going, “ahh, it’s a rich biscuit aroma.”

Matt’s website and brainchild, Victoriabeers.com is a fascinating source for Victoria’s craft brewing history. The site features nearly 300 beers split across nine of the cities breweries and brewpubs—all paired with brewer’s notes and impeccable product photography by Matt himself. His goal is for the website to represent the Victoria brewing community and act as a reference for brews of years past. “I was at a Christmas party and Matt Lockheart and I were talking about their beer advent calendar, and he was doing his own blog of each day’s beer and was like, shoot, what’s that beer? Sure enough, the marketing guy from Phillips goes to Victoriabeers.com to find the information for his own beer. It’s the small victories that really count.”

Though Victoria’s beer museum does not have a physical location, Garrick’s Head Pub serves as a highly competent stand-in, which is why it’s where Matt chose to sit down with me one Saturday afternoon. “It’s cool because it’s become basically the headquarters for beer in Victoria with the variety, and that’s what’s amazing about craft beer right now, the sheer plethora of beers available to you. If you think you don’t like something like IPAs, you should just keep exploring and you’ll probably find one that you love.” 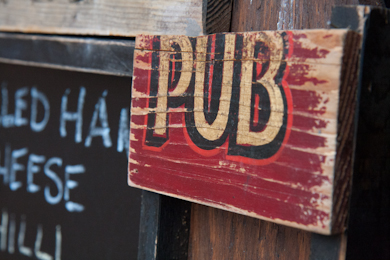 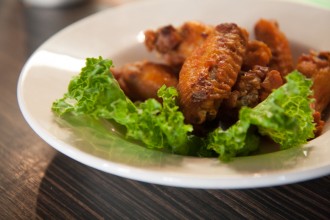 In the early 2000s, Matt and his then-band Fan Tan Alley moved to Toronto to pursue their musical dreams, and when he returned to Victoria six years later it was at the beginning of the city’s craft brewing renaissance. “We left and came back here just as Lighthouse was going full bore with Race Rocks and Phillips had just started up. I started getting into it, working at beer stores all over the city, and it just grew from there.”

After being inspired to build his own home studio, he harnessed his skills as a real estate photographer to start documenting the new brews produced by the budding scene. “I thought, wouldn’t it be cool if all the local breweries were represented in one spot?” Victoriabeers.com seemed like the obvious title, but Matt guessed it was likely that someone else had already snapped up the domain. “I went online and there it was; that was really the start of it.” Over the past two years, Matt has continued to grow the site’s inventory while also documenting many local Victoria beer events for posterity on the site’s blog. The site now also features a database of growler fillups so you can see what’s on tap. 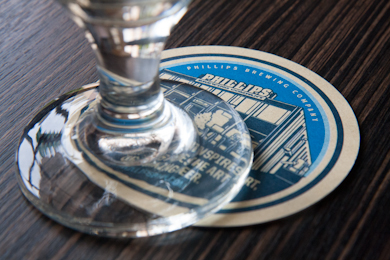 According to Matt, Vancouver Island’s geographic isolation and locally focused lifestyle have been instrumental factors in the success of its beer scene. Victoria now hosts over six breweries within a five-kilometer radius, giving it a tight-knit feel. “They’re all willing to help each other out; if they don’t get their hops or their yeast, one of them just calls the other up and trades. Victoria is a small enough city that you get that hometown vibe. The guys at Driftwood and Hoyne for example, they’re pals. I mean, they are literally on the same square block, they share a parking lot.”

As a final question, I asked Victoria’s beer historian what we should look forward to now that winter’s dark and malty brews are passing out of season. “Spring and summer is the time for hefeweizen, German and Belgian witbier (wheat beer), and with all the farms around, fruit beers will probably be in too. Phillips puts out the Raspberry Wheat every year, and Hoyne did their Honey Hef using the honey from the beehives at the Empress. I’m looking forward to new beers and new experiences.”

Superflux Cabana has opened upstairs at 804 Broughton St (the former location of The Livet). Featuring lots of Superflux beer and a menu that ...
Read More
January|February issue is on the stands! Pick up a copy, or read the digital version. Read ...
Read More
We are excited to welcome Cook Culture into the Storehouse community. Cook Culture is one of EAT’s go-to places to find a wide range of ...
Read More