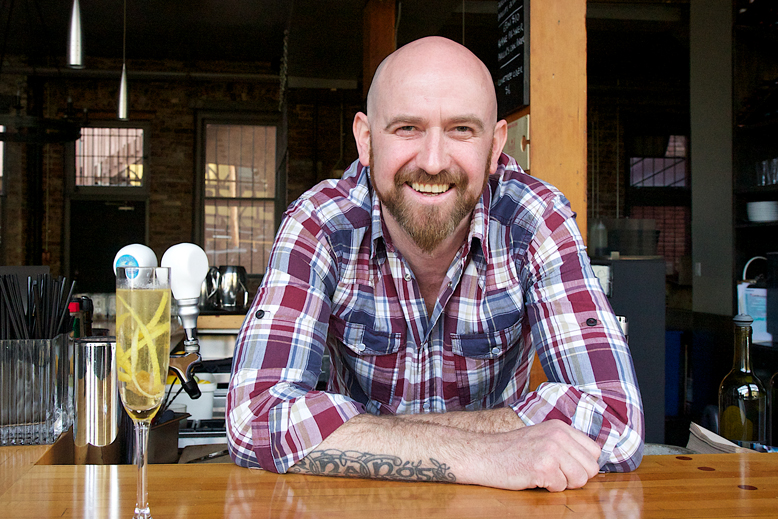 Honest, friendly, and local — that’s Stage Wine Bar. The popular neighbourhood spot in Fernwood has collected a series of acclaims over the past several years and has always upheld its reputation as a welcoming place for local friends and theatregoers. Stephen Quigley’s Irish lilt and pointy beard have been nearly omnipresent behind Stage’s gorgeous wooden bar top for almost seven years now. “Even when it’s quiet, there’s still a really good energy,” said Stephen. “Probably on a typical night, I know 60% of the room; we have super regular and super loyal customers. If I don’t know ‘em by name, I know what they drink.” 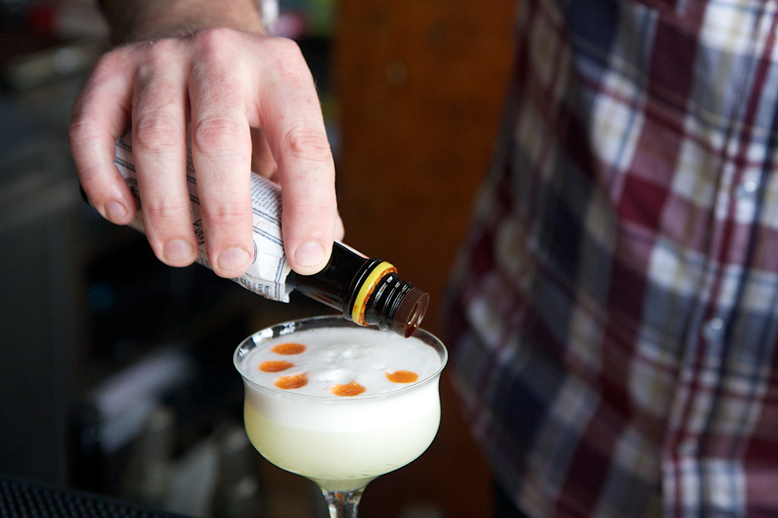 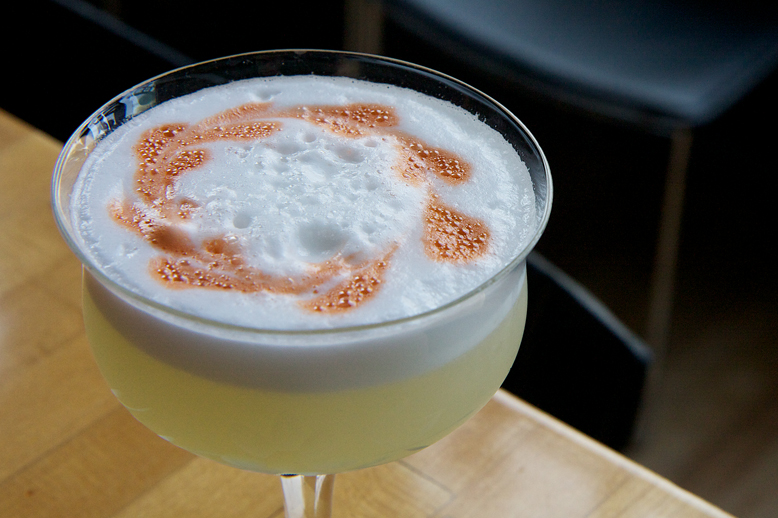 Stephen worked on Stage’s initial cocktail menu and has continued to refine it over the years, always aiming for the perfect marriage of flavour, complexity, and time.  “I like to make them simple, because it’s super busy here. People don’t have twenty minutes to wait for a cocktail with five, six, seven ingredients in it at the bare minimum, so I keep them interesting, simpler, and fun.” The current cocktail list features such flavourful yet frustratingly punny groaners as the Winter Beeter, with Beet gin, ginger, and apple, as well as “It’s Bourbon Thyme” with Bulleit bourbon, thyme, and apple juice. 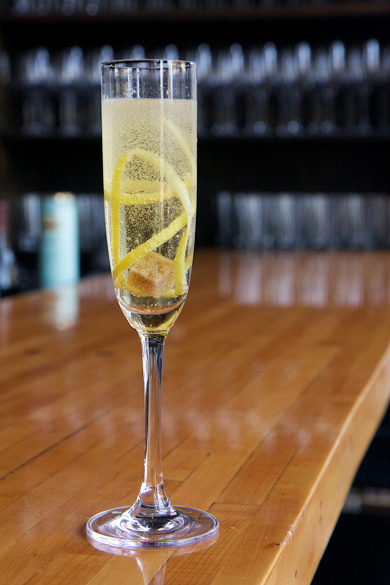 The constraint of needing to use few ingredients means Stephen often experiments with different types of liquors to alter the flavours of a drink. “I use my culinary background, I know what flavors go together in a palate, so I’ll kind of bring that in and try to be a little more creative within classic cocktails.” One of his current favourites is a Forest Collins, made with tarragon gin and named after a traditional, but quirky, Parisian friend of his. Sometimes, however, the classics just hit the spot. “You know what I sell the most of is the French 75. It’s a beautiful little cocktail, a gin soaked sugar cube with sparkling wine. Traditionally it calls for lemon juice, but I find that overpowers everything, so what I do is give it a very long lemon zest, and all the oil as I’m peeling the lemon over top of the glass. It gives it a really crisp fresh lemon juice snap instead of overpowering it.”

Stage Wine Bar’s ingredients list has a local bent with a bar shelf to match, featuring the well-known Victoria Gin as well as New Theatre Tonic by Ryan Malcolm and a new Spirit Bear Gin from Kelowna. “The Spirit Bear is a new addition to the list. Super good. It’s almost the Okanagan in there, you get that sagey herbaciousness.” Stephen also makes seasonal infusions and garnishes, including a beet gin using fresh local beets from Aubergine Foods (http://www.auberginefoods.ca/index1.asp) right across the street. “I really enjoy rhubarb season; I think rhubarb and gin are awesome together, and that’s just how it goes, right, rhubarb is first, then raspberries, strawberries… Making summer concoctions using what’s fresh, and in season, and local.” 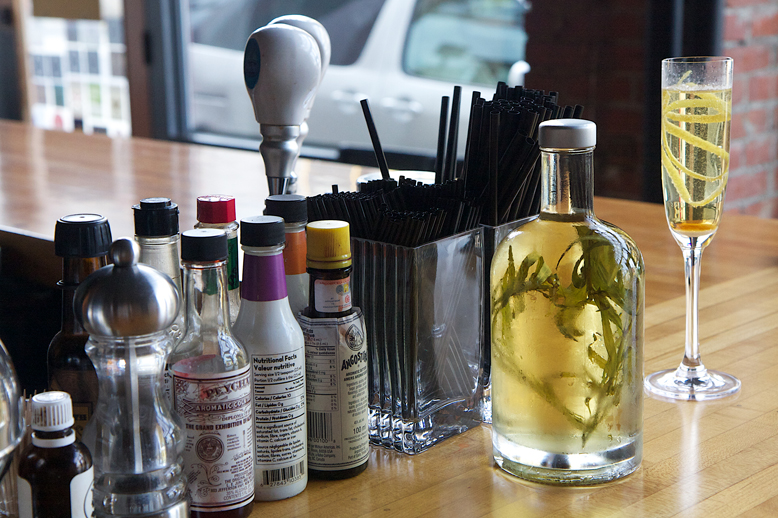 In the past few years, Victoria has seen a real explosion in cocktail culture, from the openings of Venetos, Little Jumbo, The Argyle Attic, and Clive’s Classic Lounge to the success of many of our best bartenders on the international stage. Stephen has watched the scene spring up and watches over it fondly. “I like Samantha Casuga at Veneto, her palate is really good. She usually puts together something that’s got real depth of flavor to it. Katie McDonald at Clive’s, she’s got a really delicate palate, she really puts some nice flavors together. Also Nate Caudle at Little Jumbo, and the other kids at Veneto, they’re knocking it out of the park in creativity, and just having fun with it and bringing it to the next level here in Victoria.”

What’s the big draw for Victoria’s cocktail scene? “Well, they’re younger kids all doing the competitions together, hanging out together, and one upping each other. But they seem to have a really strong community. As Shawn Soole (Little Jumbo) says, Simon Ogden (Veneto) is the Obi-wan and he’s the Darth Vader of the cocktail scene, it’s the yin and the yang, and that’s the inspiration for the kids that are working in it.” 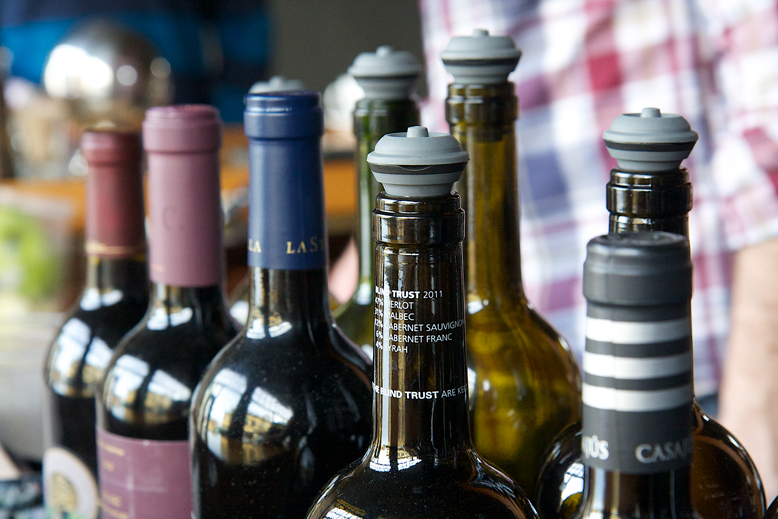