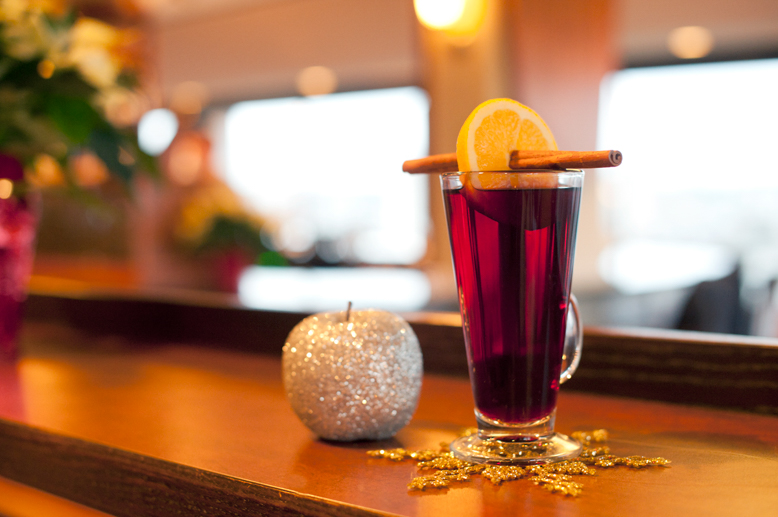 Glögg, Glühwein, whatever you call it and in whatever country you tried it for the first time – should be a staple for this time of year. The basic break down of mulled wine is simple; red wine, some lovely mulling spice and maybe a little sweetener and heat.

When picking a red wine, the same principle applies to selecting a wine for cooking; don’t use something that you wouldn’t drink by itself. Similarly, don’t go too crazy with the price point. Something rich, fruity maybe a little earthy, like a great Spanish Rioja works well. Mulling spices are pretty easy to come by during the holidays, and are usually a blend of cinnamon, nutmeg, cloves and anise – all the flavors of the season.

The heat is the secret ingredient; it needs to be low and slow. If you heat it all too quickly, you will pull the spices out too much and reduce the wine to a near undrinkable mess. The ultimate tool for making this at home is a classic crockpot. The crockpot brings the mulled wine to the perfect temperature and maintains it without overdoing it. Plus you can make a few liters and let it be enjoyed the night through.
My version, of course, adds a bit of punch including Calvados (a fine French apple brandy), Cointreau (orange triple sec) and a nice addition of ginger. Perfect for holiday entertaining.

Stir ingredients in a large saucepan over medium-low. Adjust heat if wine heats up but does not simmer. Serve strained, with orange-wheel garnish and cinnamon stick.

As an extra bonus, you can apply these techniques to cider and making delicious mulled hot cider. From my experience, the Rum Runner cider from Sea Cider spiked with a little spices & demerara rum is a great entertaining hot punch as well.

Editor’s Note: look for Shawn’s upcoming column on cocktails in the next edition of EAT (jan/feb 2015 issue)

September|October issue on the stands. Read ...
Read More
August 22, 2022 — Staff, volunteers, and board members from Victoria’s Belfry Theatre have raided some of the best local wine cellars to find ...
Read More
Okanagan Valley, BC $22.90 – $25.00 www.tantalus.ca When a little ol’ wine from little ol’ BC garners acclaim from one of the world’s ...
Read More