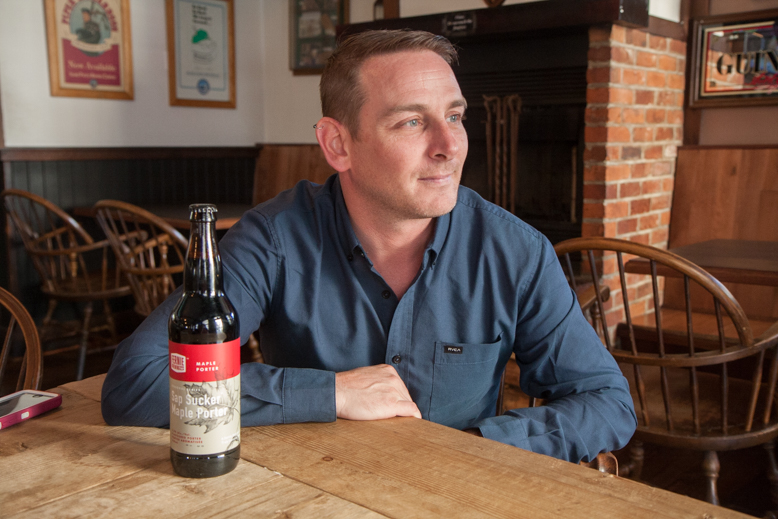 This past October weekend brought another success for Victoria Beer Week — the inaugural Stein and Dine event brought 300 thirsty patrons to the Victoria Public Market for an Oktoberfest-themed bacchanal. Fourteen breweries paired their wares with a custom menu from Roast Meat & Sandwich Shop, and the Broken Strings kept the music flowing. All the while, VBW mastermind & brewery liason Jay Nowak was a thousand kilometers away, getting a grand tour of the Fernie Brewing Company’s brewhouse.

Jay has been a presence in the Victoria beer community since he first started as a cook at Garricks’ Head Pub in 1999. If you followed the opening of The Churchill this July, you might remember hearing the story of how he built the small downtown bar into the 100+ tap craft beer machine that now dominates the ground floor of the Bedford Regency Hotel.

This month, Jay surprised us all with the announcement that he was leaving his job as General Manager of the Garrick’s Head to become the Vancouver Island rep for the Fernie Brewing Company. I caught up with Jay at Garricks’ Head to rap about his past, present, and future as a key member of the Victoria craft community. “I had been here 15 years, expanded this, built the Churchill, and I kinda like goals and moving forward,” he told me. “So for me it was, sit back, increase sales every year and get a little bonus, or find something new and fun to do.”

Jay’s personal drive is evidenced by his founding involvement in Victoria Beer Week. The non-for-profit society ties together the many moving parts of Victoria’s craft beer ecosystem, and Jay and his co-board members run tons of fantastic events throughout the year despite working regular nine-to-fives. “We don’t pay ourselves because it’s an nonprofit organization,” he said. “We do it on the side, have all our meetings at night.”

The connections he’s made through VBW were instrumental in the job search he began this July. “There were a lot of local breweries [where] reps were moving and changing places,” he said. “I just kinda said, looks like there’s a lot of jobs available right now. I fished around a little bit, got in touch with my reps and said, you guys need better representation on the island, and it should be me!”

Fernie Brewing is in the midst of building a larger brewhouse, making Jay’s hire a critical part of ramping up sales across the island. Since their reps operate out of Vancouver, FBC was one of the first breweries he approached when he started looking for a new gig. Despite his initial nervousness about leaving the security of his 15-year stint at the Bedford Regency, the new job has been treating him well. “Fernie’s a cool little brewery, you know, they’re a small mountain town. I think on the whole it blends well with the island lifestyle, and it’s family run. It’s great beer, it really is.” Their Sap Sucker Maple Porter was on tap at the Great Canadian Beer Festival recently. If that’s anything to go by, Fernie has a bright future further west. 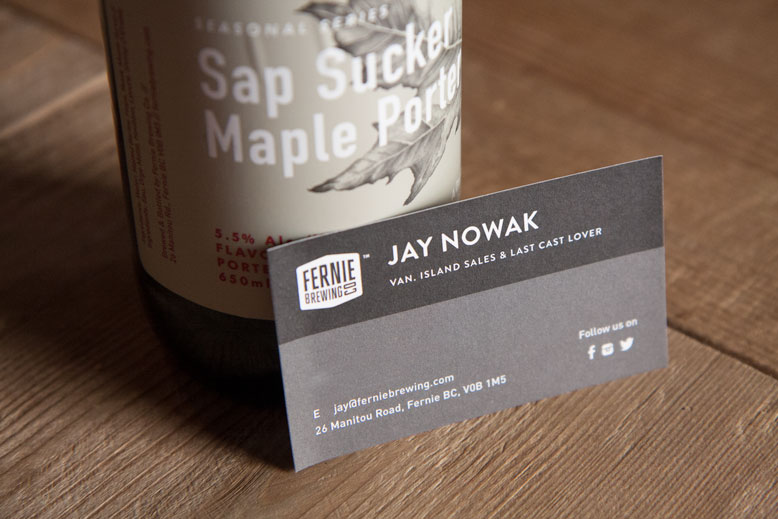 Jay’s still working with VBW on the side, and thanks to a new wave of organization, he’s looking forward to running yet more events in the New Year. “Last year we just kinda had a group of guys, and we didn’t really get started planning events until December,” he said. “It was a mad rush, and everyone in our group was surprised we managed to pull it off, you know? But we started planning stuff in April already for next year.” Plenty of last year’s successful events will be making a comeback, from the cask event at Garricks’ Head, to the sold-out beer and cheese event, to a beer-paired brunch in collaboration with the Island Chefs Collective.

Jay and the crew at VBW have plenty of new things brewing that he couldn’t spill the beans on, but I can tell you that in the next few weeks local breweries can expect an info packet on a big upcoming event they’re calling “Thunderdome”. Though there’s no plan for a young leather-clad Mel Gibson to MC (not yet, at least), the event will feature brand new, untasted beers from at least twelve different breweries, and a capacity of up to 400.

Beyond the in-house events, there are also plans to hand the tools over to some more local businesses and allow them to run their own events under VBW’s umbrella. “We’re gonna sort of try and open it up to pubs and bars and restaurants and give them more room to do their own events,” said Jay. The package will involve promotion and marketing through VBW’s media channels as well as a line on food and beer suppliers through the non-profit. Jay and the gang hope this will help galvanize more locals to get involved and build the scene throughout Victoria.

In Jay’s eyes, the world of craft beer in Victoria keeps getting brighter. “Category 12 is opening, the Loghouse is opening a brewery, Craig Street in Duncan is building a production brewery, and then there’s been a bunch in Vancouver; Dagerrad is a big thing over there now, Green Leaf. It’s the whole Pacific Northwest, it’s very craft beer friendly, and it’s growing every day. It think it’s just gonna get bigger and bigger.”

Want to get in touch with Jay to collaborate or host your own beer event? Drop him a line at his email or his general email. For Fernie Brewing-related questions, he can be reached at his Fernie Brewing address.

Superflux Cabana has opened upstairs at 804 Broughton St (the former location of The Livet). Featuring lots of Superflux beer and a menu that ...
Read More
January|February issue is on the stands! Pick up a copy, or read the digital version. Read ...
Read More
Press Release — TRUFFLES: CULTIVATION, WILD HARVEST & DOGS TABC Truffle Festival 2019 by Truffle Association of BC DATE Saturday, February 9, ...
Read More