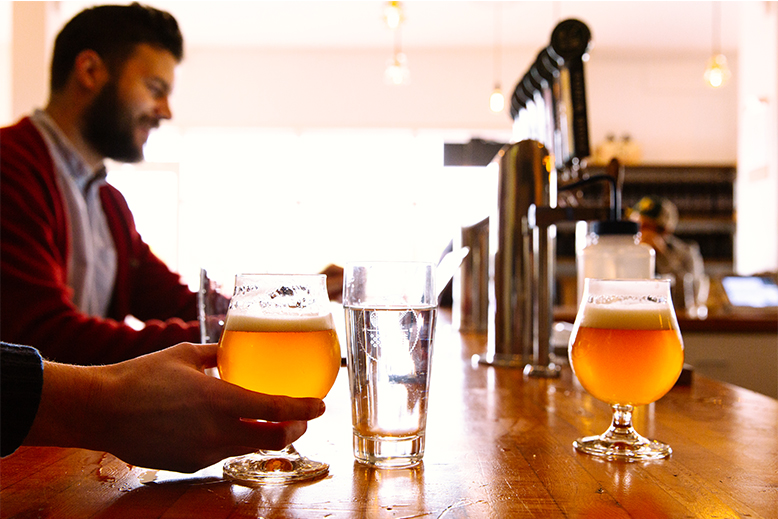 For such a metropolitan city, Victoria can sometimes feel far smaller than its size. That tight-knit community makes for a hotbed of collaboration, one that the third edition of Left Coast’s Houseguest series aims to highlight. Call your dad — this Father’s Day will see new best friends Category 12 Brewing and Hank’s Untraditional Barbeque team up with Vancouver’s Four Winds Brewing to offer an amazing Brewmaster’s BBQ, hosted by The Drake and us at Left Coast and EAT Magazine.

“Our first event was focused on food, the second on cocktails and we thought that for Father’s Day beer and BBQ was the natural choice,” says Left Coast’s Carmen Parry. If you aren’t familiar with the previous events, the Houseguest series was dreamed up by Left Coast as a way to bring together food and drink makers from all over the Pacific Northwest. Both events were completely sold out, with this month’s threatening the same.

The connection between Category 12 and Four Winds goes back to 2014, when Cat 12 Brewer Michael Kuzyk introduced himself to Brent Mills at Vancouver Craft Beer Week. “He kinda just approached and introduced himself and we chatted,” says Brent. “He’s a good guy, great brewer.” At the time Michael was still in the process of transitioning from biochemistry to a decidedly more specific science, and Four Winds was the perfect working model for a commercial scale brewery. “They have supported us in multiple ways over our early start-up days,” says Michael, “so we thought we would return the favour and thank them at this event.” 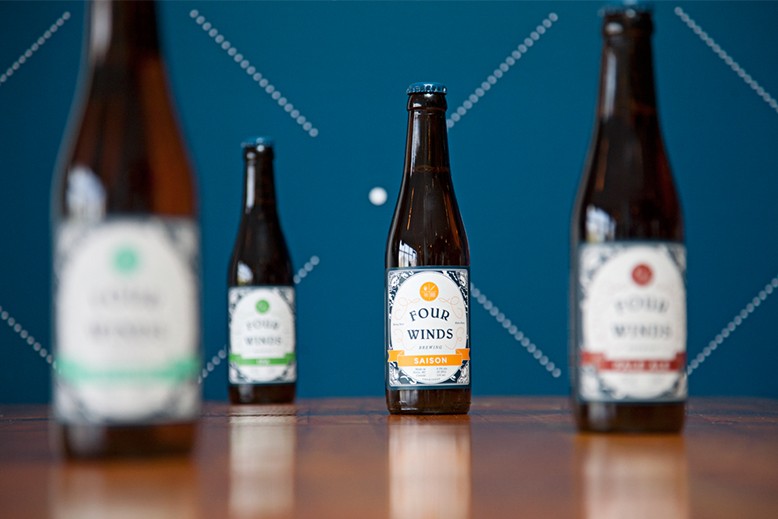 Four Winds’ name represents their myriad influences, from West Coast, to Germany, to Belgium. “We pretty much do it all,” says Brent. Fans of the brewery can look forward to enjoying their evergreen Pale Ale (“a nice decent malt base but definitely hop forward”) plus my personal favourite type of beer: a Berliner weisse. “It’s a spring summer seasonal which we just released last week,” says Brent. “A light German wheat ale, 3.5%, fermented with lactobacillus, the same culture used to make yogurt so it’s tart and sour.” 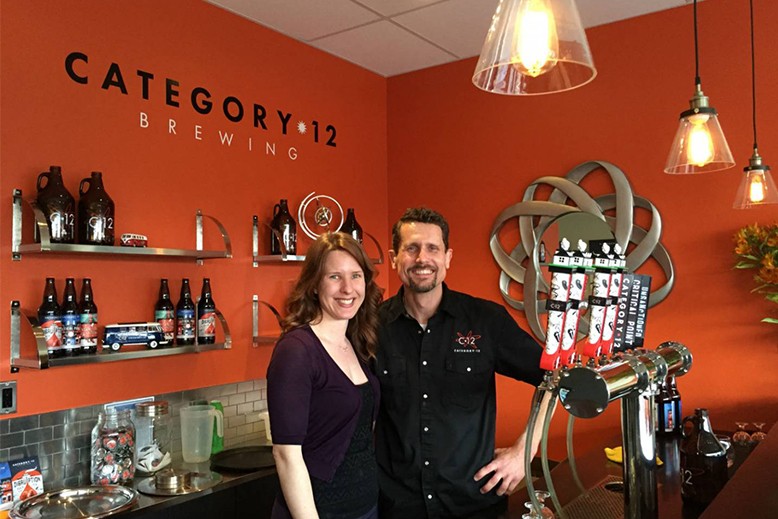 Category 12’s selections for the event also a slightly more conventional choice backed up by one of their more characteristically unique brews. “We will be serving our Summer seasonal Insubordinate Session IPA, which is a bold, west coast IPA but weighs in at 4.5% ABV,” says Michael. “The other beer we will be pouring is our other Summer seasonal, Waveform Witbier. We add our own personal touch to this witbier by using grapefruit zest and cardamom instead of the more traditional orange and coriander.”

Hank’s is no stranger to new flavours and combinations, making them an ideal partner for Saanichton’s Category 12 and their Heisenburg-esque beer laboratory. The two shops have already been working closely together, with the crew from Hank’s running a tailgate in the parking lot of the brewery.

Clark Deutscher is keeping it characteristically mysterious in terms of pairings so far, but judging from Hank’s always-changing specials, I’m confident it’ll be worth waiting for. “At Hank’s we’re massive fans of Four Winds and Category 12,” says Clark. “We wanted to show their beers in a different light, so we have three dishes, one ‎featuring each brewery individually and one using both companies. We’re bringing our ridiculous take on a pulled pork sandwich, burgers and hot dogs and steak and potatoes. Remember, nothing’s as it seems.”

Tickets on sale now at OnTheLeftCoast.com

The Venue: The Drake Eatery has quickly become a favourite watering hole among craft beer lovers in Victoria.  The food is built around sustainability and local organic products and served in a casual atmosphere, nestled in the heart of Market Square and Victoria’s Old Town.  With a focus on local craft beers the ever-changing lineup is sure to please even the most discerning beer drinker.

Saanich Brewery Category 12’s ‘Brewmaster’s Dinner’ Marries Wildcraft With Craft-Beer It was somewhere at the beginning of the ...
Read More
The third dinner in the Houseguest Dinner Series, The Brewmasters BBQ, was held last Sunday at the Drake Eatery. Photographer Sherri Martin was at ...
Read More
Another weekend gone by, another food and drink event I wish I could relive. This time, it was the much-anticipated Hoyne Brewmaster’s Dinner ...
Read More

The cooler weather is a sure sign that fall is upon us. Luckily, our options for comfort food when the weather outside is frightful have increased ...
Read More