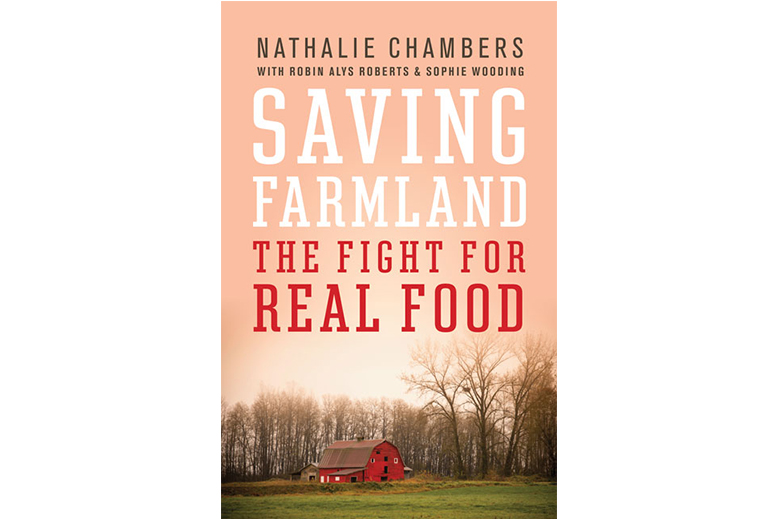 Although the ostensible reason for my visit to Madrona Farm a couple of months ago was to report on the Chef Survival Challenge, it isn’t possible to spend time with Nathalie Chambers without hearing about the history and politics of the farm itself. This is because Madrona isn’t simply an agricultural business venture. It is a statement on how Chambers feels farms need to be run in the twenty-first century.

The crux of the argument, as she outlines in her book, Saving Farmland: The Fight For Real Food, is that government protection of farmland has failed both farmers and the people (which is everybody on the planet) who rely on their products. Madrona’s position in relation to the food culture of Victoria is especially relevant because we live on an Island and have shifted over the years from a culture of near self-sufficiency to a culture of almost complete dependence on the importation of goods. Where once Vancouver Island grew almost everything for itself year round, Chambers notes, we now have at any given time enough provisions to last the population three days, were the lines of transport to fail.

This precarious situation has largely been precipitated by the giving over of the best farmland and soil to urban development. Coupled with the reduced area on which we can farm, and the reduced quality of soils left to us as the city spreads, land speculation by developers has been making farm land close to the city prohibitively expensive to buy or maintain. Things only got worse when the government of BC decided to gut the protections provided by the ALR (Agricultural Land Reserve). Chambers speculates that these changes were made for the benefit of fracking, the oil industry, and other energy development ventures. The changes certainly weren’t made for farmers, nor for the benefit of the 95% of British Columbians who opposed the move.

Chambers suggests that following the model she used at Madrona Farm, farmland can best be protected by circumventing governmental oversight and moving as much land as possible into private trusts run by collectives who hold the land in perpetuity, like The Land Conservancy (TLC). Thus, rather than having land managed by governmental bodies who are beholden to the interests of lobbyists and the electorate, the land is held in trust and managed according to the principle of the commons; this is to say that a cooperative of citizens agrees to share the land for the common good and to appoint individuals to run it according to its ideal and intended purpose.

The idea of the commons is complex, and I can’t precisely do it justice here. Saving Farmland makes some elegant arguments for how and why a commons can work. There is also much discussion of changing ecologies, and about the lives and passions of the people running Madrona Farm. The book is a manifesto of positive activism, which seeks to include people on all sides of the debate and help them understand why it is so important to protect what we eat. The justification seems straightforward enough, yet it seems to elude so very many of us.

By Nathalie Chambers, with Robin Alys Roberts and Sophie Wooding

Just over 10 years ago Tinhorn Creek Winery was the first winery in Canada to bottle with a screw cap (stelvin). According to winemaker Sandra ...
Read More