“I’m no more excited today than any other day” admitted Jed Grieve on the one year anniversary of his booming business, Cook Culture. This comment isn’t one of apathy, but more a statement of the daily pride this local entrepreneur feels when reflecting upon his creation located in the beautiful Atrium building in downtown Victoria. And all his enthusiasm is for good reason! Cook Culture is both a kitchen store and a place of learning with its wide variety of local and name-brand cooking tools, as well as being host to inspiring cooking classes and demonstrations taught by chefs from Victoria and other parts of Vancouver Island. 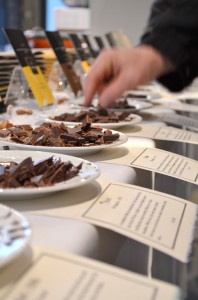 This fusion of retail and education was perfectly highlighted at the anniversary event, which took place Saturday, November 12th. In one corner of the shop, Zwilling J.A Henckels representative, Brad Prystupa, guided customers through an array of ceramic cookware and stainless steel pots and pans, showing that the company is much more than just knives. Over in another part of the store, chocolate connoisseur and restaurateur, David Mincey, displayed samples of some of the most exclusive and finely produced varieties of chocolate in the world. And in the demonstration area, chefs prepared the types of mouth-watering dishes patrons can expect to learn to make during one of the many culinary classes Cook Culture offers on a weekly basis. 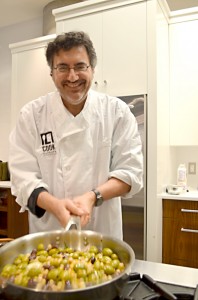 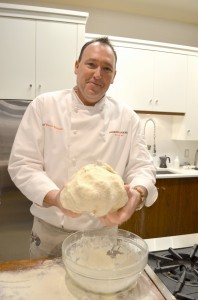 With a successful first year behind him, Grieve wishes only one thing for Cook Culture’s second birthday – to spread the excitement, knowledge and camaraderie his business has created in Victoria, throughout the rest of Vancouver Island. 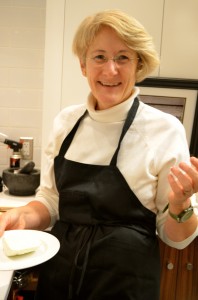 Linda Michaluk, one of the many Victoria chefs that give cooking classes at Cook Culture

—Story and photography by Ellie Shortt

November | December issue on the stands. Read ...
Read More
For the ninth year in a row Rancho Vignola is setting up its Vancouver Island Harvest Sale here at the Mary Winspear Center in Sidney. Many of ...
Read More
Season’s Greetings EAT readers! We at EAT are looking forward to all the wonderful seasonal baking on offer around the city. One of the great joys ...
Read More
Masterclass Candied Citrus Holiday ...
Read More
It’s a crisp January morning. Stewart Orr wears a pressed white shirt, sleeves neatly rolled past his elbows, a plaid tie and a striped apron. A ...
Read More