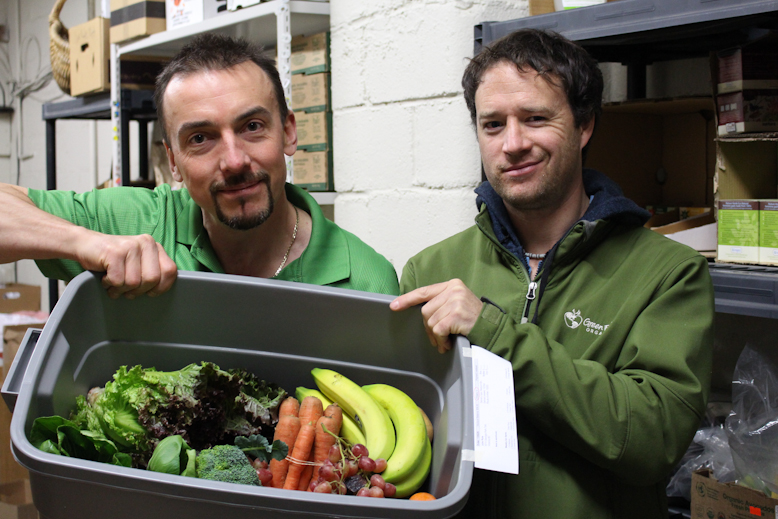 As we near the end of 2014, it makes sense to reflect on the past year. I’ve noticed two significant trends emerge. First — and I’d like to think most noteworthy — is the shift towards outsourcing everyday tasks: Uber (driving), Seamless (takeout) and Washio (laundry) offer convenience. We’re busy people, or at least we like to think we are, so paying to have food delivered and dirty clothes cleaned is tempting.  The second trend has been lurking for a while. While eating organic may not be new, the reason to “go organic” has shifted. Overall, we are all more educated or at least aware of GMOs, and plant-based, vegetarian and vegan diets have entered mainstream consciousness. Eating organic is no longer just a trend, it’s plain trendy. So how can one experience both trends at once? 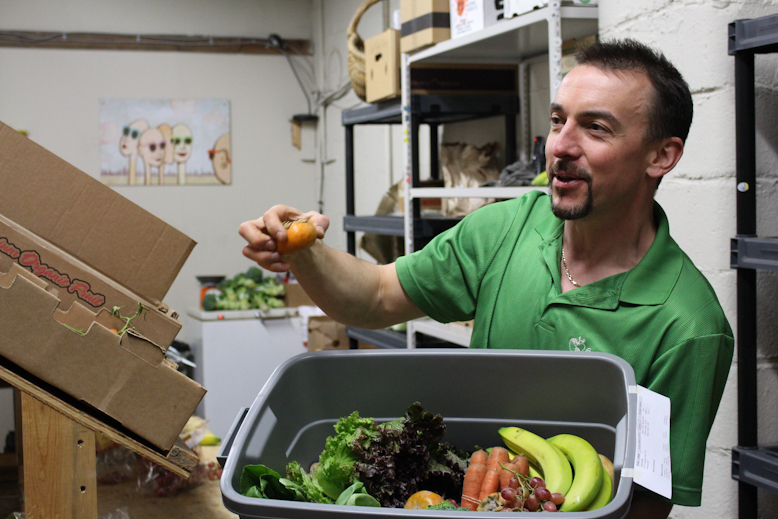 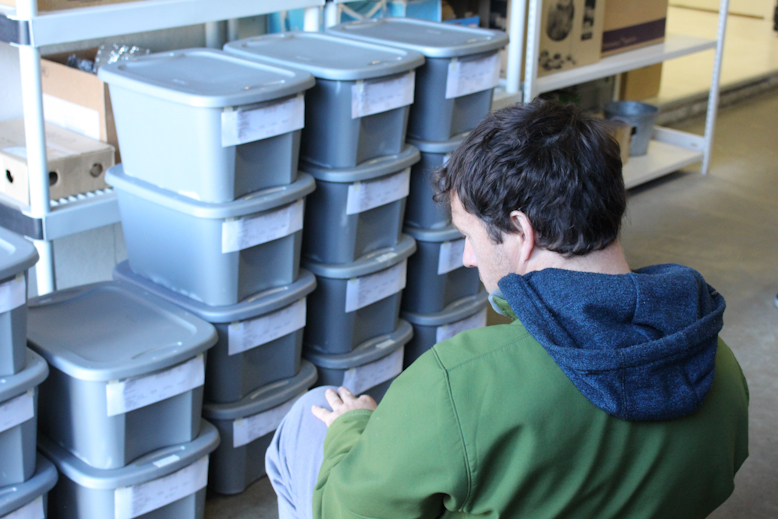 Aaron Purser found out two years ago when he opened Green Earth Organic’s Victoria branch. A weekly produce delivery service was a natural fit for Purser. “I live what I do. I’ve always eaten organic. I grew up in the Yukon, eating out of a garden and hunting with my dad,” says Purser, who had originally planned on a career in the nutrition profession. “This opportunity presented itself and I’d been saving up to start my own business in the health and wellness field already, so Green Earth Organics was right up my alley.” With only two employees — Aaron included — Green Earth Organics has developed a loyal customer base. On average, they deliver to 90 of their 135 customers weekly. Each week, customers can view online what fruits and vegetables will be included in their bins (the bins come in three sizes) and have the option to make up to four substitutions. 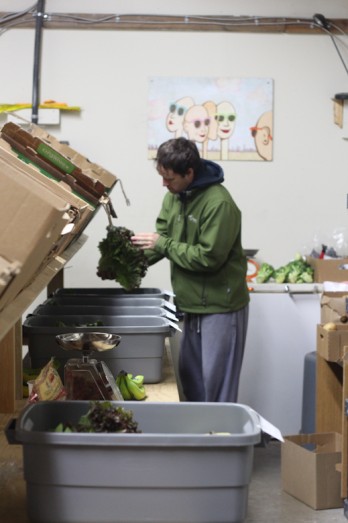 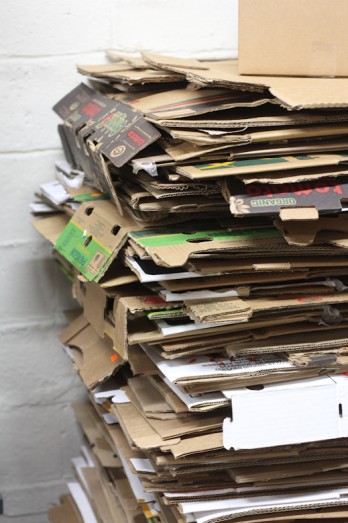 Green Earth Organics has strict guidelines for the fruits and vegetables allowed in their bins. “Nothing we deliver isn’t organic. It does restrict us sometimes as so few certified organic growers are on the island,” says Purser. He works with Eatmore Sprouts in the Comox Valley, Terra Nossa Farm in Mill Bay and hyper-local Saanich Organics. With all the focus on sustainability, waste and transportation are a top priority. “We’re small enough that now I know exactly what to order, our waste is virtually nothing,” says Purser, adding that when food is in danger of going uneaten, it’s donated to Living Edge. Green Earth Organics is also working to develop school delivery services, where parents could pickup their weekly box and their children at the same time. 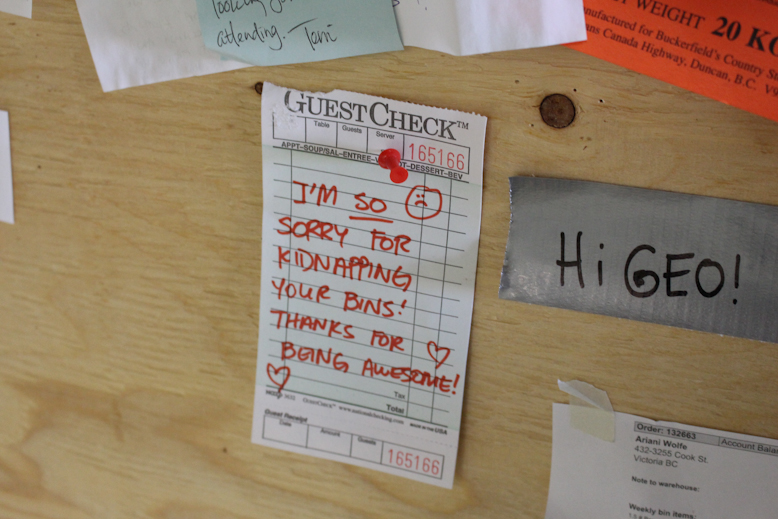 SPUD Delivery is another sustainability-focused service available in Victoria. Like Green Earth Organics, SPUD is aware of its environmental footprint. “The average North American goes to the grocery store twice a week and each shop is an hour and a half, including 45 minutes round trip to drive there. Our trucks deliver to about 45 customers each. So if you think about it, you have 45 cars going back and forth on the road. One truck is using far less gas than all those cars going back and forth,” says Peter van Stolk, SPUD CEO. “These programs are so popular in Europe because gas is so expensive, and we’re heading in the same direction. As the price of gas goes up, people in developed countries are realizing that online delivery is of incredible value to their lives, because they can’t afford to spend the gas to drive to the grocery store, let alone the time.” On average, SPUD makes 400 deliveries a week in Victoria, while also housing operations in Vancouver, Edmonton and Calgary. Much like Green Earth Organics, SPUD makes an effort to sell certified organic produce, although items grown on Vancouver Island don’t require certification to make it into SPUD bins. Instead, Island produce can’t be grown with the use of pesticides, herbicides, and sprays, and only come from non-GMO seeds. 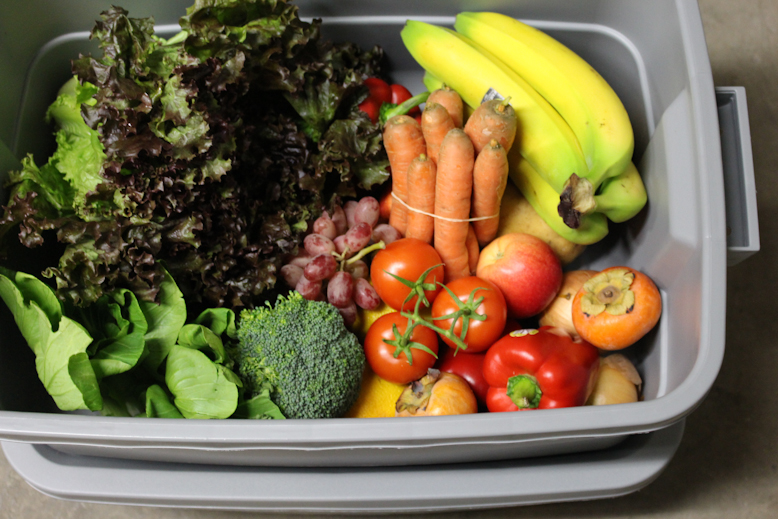 van Stolk sees home delivery as a way for Canadians to positively change the way they purchase and think about food. “We’ve gotten used to eating certain products, strawberries for instance, in all four seasons, and that’s really not sustainable. Individuals have to decide if they want to eat like their grandparents ate, which was according to seasons, or if they want to eat like their parents did, which was getting anything you wanted any time, but paying the price later.” SPUD notices a downturn in delivers during the summer months, spurned by Victoria’s strong market culture. Purser agrees, but also knows it’s difficult for customers to let go of their all-season eating habits. “For example, we have a standing order with a fair trade farm in Peru for bananas.” For those not in Victoria, Green Earth Organics  and SPUD both have operations across BC and Alberta. Who knows, by this time next year we may never have to leave the house again.

“Gather July 9 – 16 on historic Linnaea Farm, Cortes Island, for their annual ORGANIC MARKET GARDEN WORKSHOP.” You’ve dreamed of ...
Read More
Welcome to Linnaea Farm on beautiful Cortes Island. This historic 314 acre organic farm on one of BC’s Discovery Islands in the Georgia ...
Read More
One of the greatest ways to enjoy the summer months is to visit one of our many outdoor markets. These family-friendly (and free) events are a great ...
Read More
It’s been a while since I had any proper dirt. I’ve been living in the deep city and growing everything on my windowsills in small pots. For a ...
Read More
Dining farm-to-fork (or table) is currently one of the biggest trends in the culinary world. The phrase “farm-to-fork” indicates ...
Read More
I thought it would be fun to visit some of the outdoor markets in Victoria and talk to different people at the stalls, just to see what their stories ...
Read More

Superflux Cabana has opened upstairs at 804 Broughton St (the former location of The Livet). Featuring lots of Superflux beer and a menu that ...
Read More
January|February issue is on the stands! Pick up a copy, or read the digital version. Read ...
Read More
I love, love, love it when I find a wine that drinks way beyond its price point. So I was pretty happy when I tried this little gem. This blend of ...
Read More