It’s a crisp January morning. Stewart Orr wears a pressed white shirt, sleeves neatly rolled past his elbows, a plaid tie and a striped apron. A steady stream of customers walk through the doors of his butcher shop as he greets them each by name, his Scottish accent decorating the words of the conversations that ensue. Tidy shelves are stacked with rows of perfectly placed cans, bottles and other packaged goods originating from the United Kingdom. This bright, open and friendly scene is the new Sidney location of Orr’s Family Butchers, a well-established Vancouver Island business that was started by his family in 1979 after they immigrated to Canada from Glasgow. 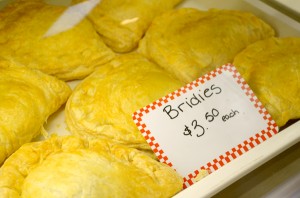 Over 30 years later, Stewart Orr has now taken over the business with his brother Fraser, and expanded their original Brentwood location into a triad of successful storefronts and one warehouse. Customers come for the amazing selection of fresh meats, savoury baked goods, handmade bangers and imported items, but make frequent returns for the exceptional service that Stewart, Fraser and the rest of the staff at Orr’s Butchers are known for.

These past few weeks Stewart and Fraser haven’t been around their stores as much as patrons have grown accustomed to. That’s because Robert Burns Day is on the horizon and these two Scotsman have been hard at work handmaking over 4000 haggises for the end of January and the start of the festivities. Robert Burns is a celebrated Scottish poet and lyricist and is honoured through the annual Burns Supper, which occurs on January 25, Robert Burns’ birthday. Haggis is a dish containing sheep’s ‘pluck’ (heart, liver and lungs), and a mix of onion, oatmeal, and spices. It’s traditionally simmered in the animal’s stomach for about three hours and is the customary fare for Burns Supper, often enjoyed with mashed potatoes and turnips. For those familiar with this Scottish dish, Stewart stresses that their family recipe is one of the best, striking the perfect combination of savoury, nutty, rustic and earthy flavours. And for those not as familiar, Orr’s Family Butchers will be offering haggis tasting at their Sidney location on January 28, the Saturday following Robert Burns Day. 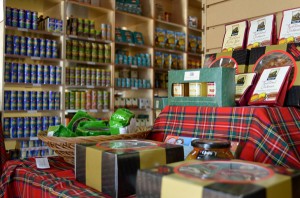 A Display of Imported Goods from the United Kingdom, Stocked Shelves in the Background

Although haggis enthusiasts like Stewart assure skeptics that it’s a lot more delicious than it may sound, some people still can’t stomach the idea of, well, eating stomach (let alone heart, liver and lungs). For those looking for traditional Scottish tastes in a less intimidating form, Stewart suggests their bridies, a savoury Scottish pie made with minced steak, or simply stop by the Quadra, Brentwood or Sidney locations for a cut of fresh meat and a bottle of Irn Bru, a popular Scottish soft drink.

But whatever you stop in for, it’s clear that Orr’s Butcher is a cut above with their quality products, attention to detail, and welcoming environment that will take you back to a time and place where people remember your name, what you like and aren’t afraid to engage in some friendly mid-morning conversation.

The article on L’Apéro in the May|June issue should have stated Chef Andrea Maiolo staged at The Courtney Room and Zambri’s and that he held the ...
Read More
May|June issue on the stands. Read ...
Read More
I know that the weekend technically consists of 2 days – one week out of the month might stretch it to 3. I’ve mentioned that during the course ...
Read More