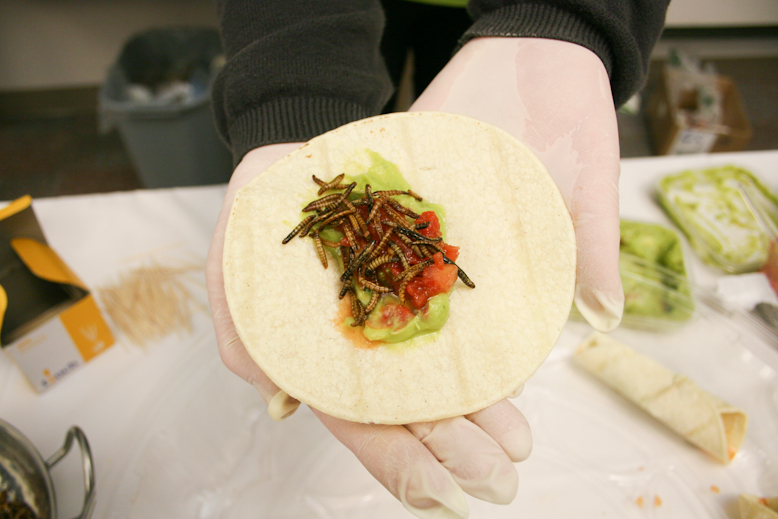 Eat Magazine offers its writers a variety of interesting festivals and events every month, and we usually jostle to see who is going to be covering what. In this particular case, because I did not check my e-mail for a couple of days, I was more or less volunteered to cover the Pestival, where I would be sampling and learning about the consumption of insect-based proteins. I plucked up my courage and decided to take the job because I was curious about overwhelming the thought in my mind that, even though insects are a sustainable and highly ecological source of food, they are revolting to eat. 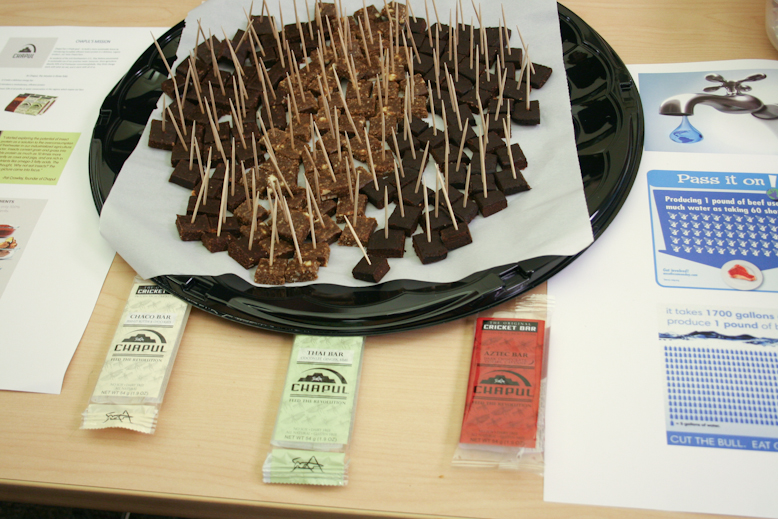 Without falling too far into a review of a book like Purity and Danger by Mary Douglas, I will say that we know that the bias against the consumption of insects is a largely European and American phenomenon, and that many other people around the world have no compunction whatsoever about devouring bugs. Furthermore, the heebie-jeebies that many people in the West feel when they imagine putting an insect on their tongue is made more confusing by the massive popularity of shrimp, crabs, and lobster. While sea creatures come from a slightly different branch of the arthropod family, they do resemble other insects quite distinctly. Thus, we would have to say that a distaste for insects is obviously coming from some place of deep social construction.

The Pestival is the brain child of Nicole Kilburn, who runs the event as an extension to a course she teaches at Camosun College on the anthropology of food. Each student in the class makes an exhibit that either discusses the merits of consuming insects, and/or offers up a sample of an insect-based dish for attendees to try. What precisely are the merits, then? The chief argument in favour of insect protein is that insects can deliver a similar amount of nutrients per serving as a larger animal, but with a significantly smaller ecological footprint. If we discuss the scale of destruction wrought by the beef industry alone—in terms of deforestation, water table pollution, connections to GMO crops, hormones, industry related CO2 emissions—it becomes clear that replacing beef with crickets would make a big difference for the planet. It would be cheaper and cleaner to feed a lot more people. One hitch, of course, is that people are probably going to be highly reluctant to give up beef products if there is no comparable replacement. Awareness of insect consumption is still in its infancy. As I walk around the Pestival, I ask the students how many of them are eating insects as a regular part of their diet. None say they are exactly, but the main reason is because of cost and availability. A couple of places are producing dried crickets, and meal worms, and also importing weaver ants. One student is growing her own mealworms in her apartment, but not enough yet to sustain her whole diet. Kilburn compares the situation to the rise of sushi in the West. In the early 1980s, she says, nobody ate sushi here; they found it vile. All that was required was 30 years of acclimatization. She sees insect protein following the same trajectory. 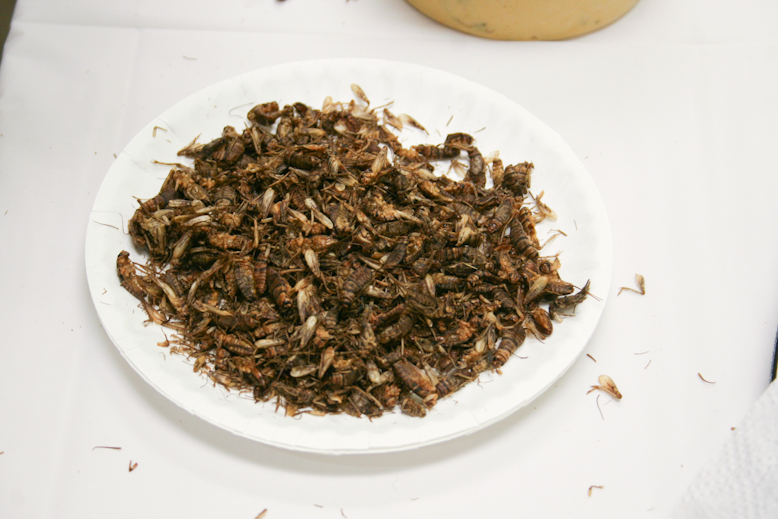 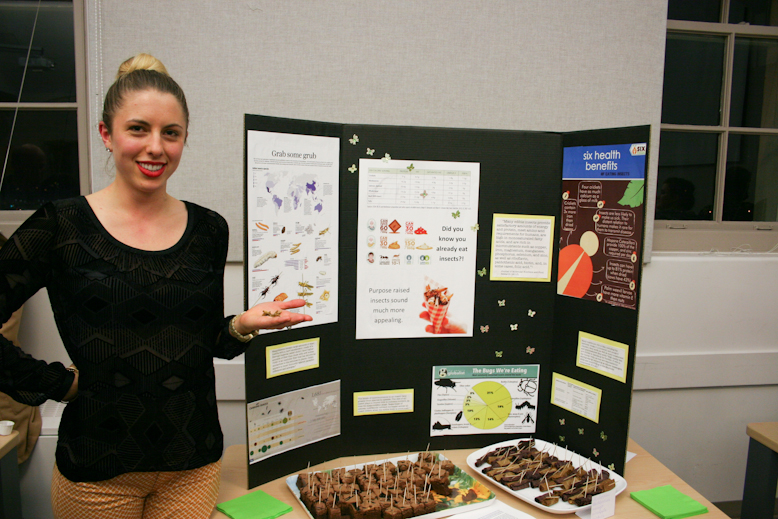 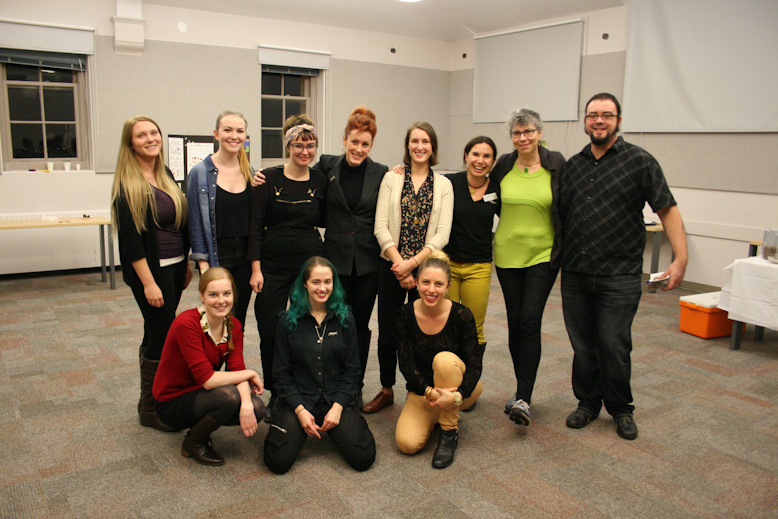 In terms of the flavour, nothing was as terrifying as I thought it would be. Perhaps it was the fact that I was in a room full of people eating insects that made me feel it was less bizarre; we were all sharing in this taboo together. First, I found out that dried crickets that have been salted and oiled taste like almost nothing. When they are ground into “cricket flour” and baked into desserts, I believe they actually taste quite a bit better than many vegan substitutes used in dessert making. The weaver ants are a little more powerful. The formic acid in their bodies gives them a slightly bitter taste (some people compare it to lemongrass) and their legs seemed to get stuck in my teeth. The mealworm tacos were actually rather good. I got to like the crunchiness of them and could easily imagine replacing croutons with mealworms in a salad. It is probably going to be a long time, barring some sort of agricultural disaster, before insect protein becomes a staple of the Western diet. It may remain a novelty for a long time, or even move up to the status of a favourite specialty item, as sushi has, but the actual shifting until it becomes sine qua non a part of the diet (as beef is presently) will require generations and probably some sort of giant psychological shift in the way we related to the planet and our bellies. It’s a sensible thing to do, but that doesn’t mean anyone is going to do it.

July|August issue on the stands. Read ...
Read More
That crisp edge in the fall air stirs up a craving for comfort that sometimes only a stack of hot pancakes can deliver. So get your cast-iron pan ...
Read More